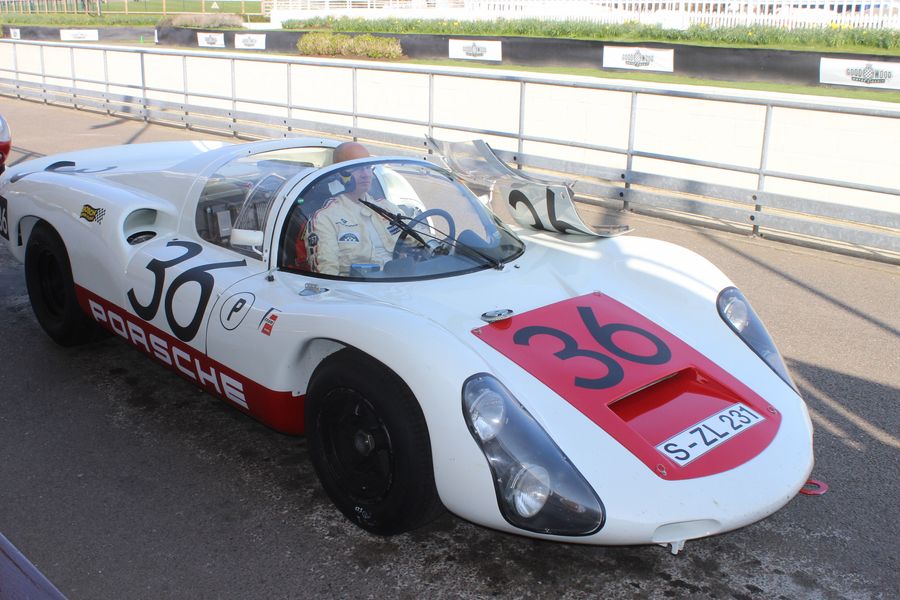 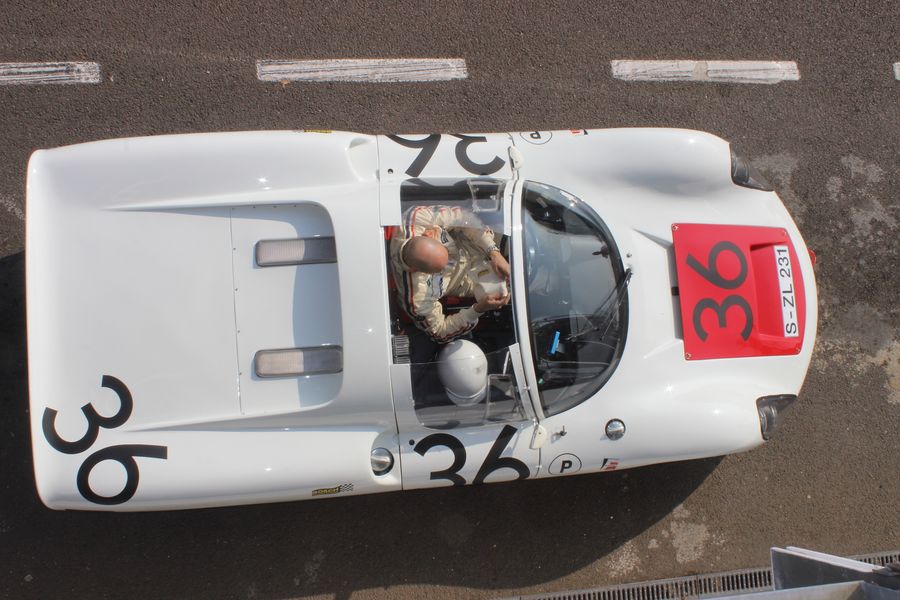 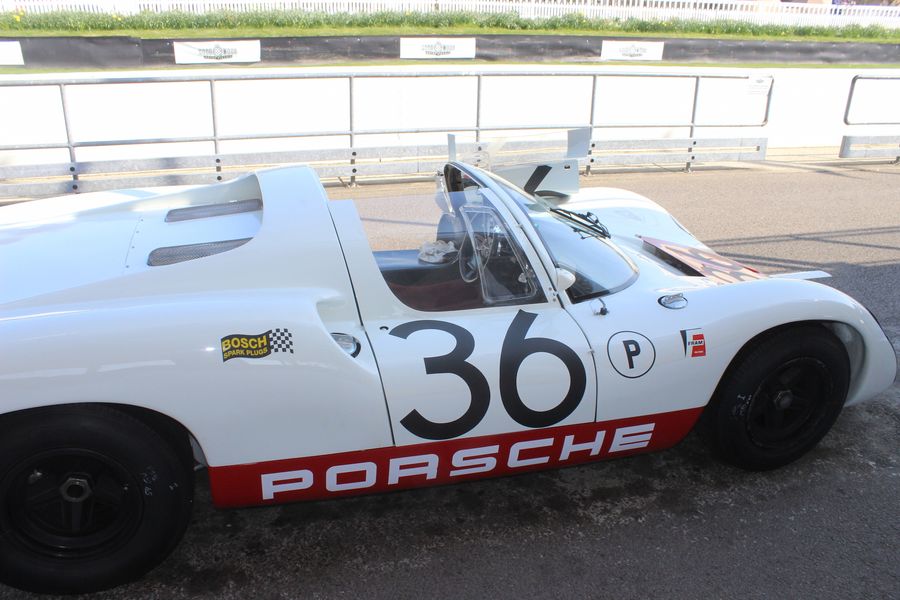 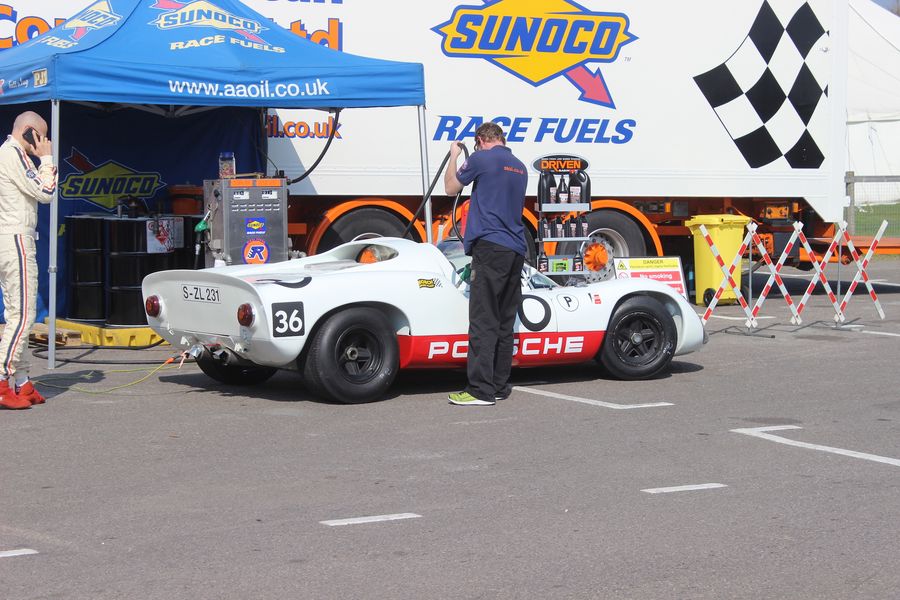 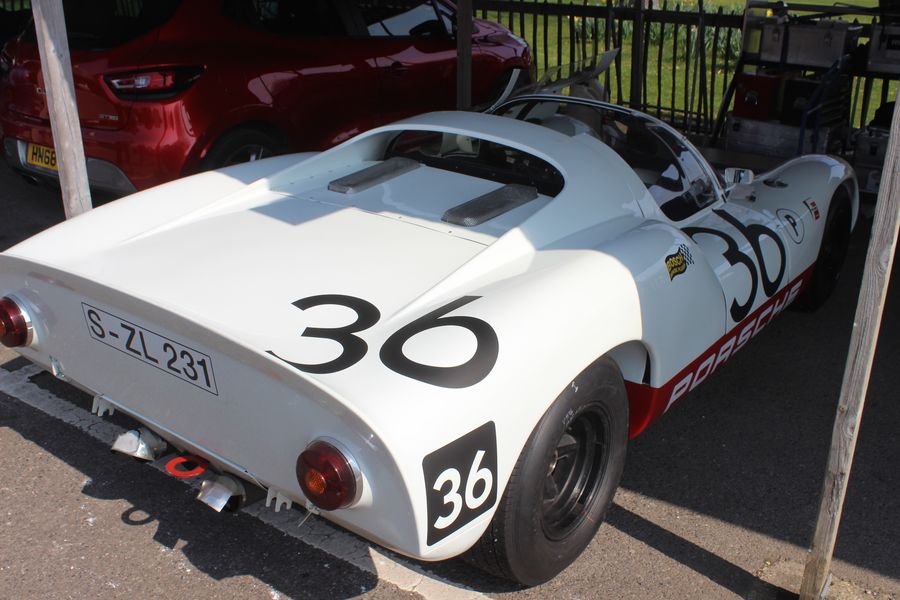 Friday last week was another day of testing at Goodwood in preparation for this weekend’s 77th Members’ Meeting, and a one of the cars out on track was a Porsche 910 with a notable race history driven by Jurgen Rudolf. As the cars lined up to start the afternoon session, we caught the driver for a few moments to talk about car.

“We have had the car since 2011, it is an ex-works car, chassis number five, and it won at Sebring in 1967. It also was used at Spa in 1967, and after the car was sold to Carlo Facetti he raced the car in 1968, and for the next season was sold to Giampiero Moretti. He raced the car until the beginning of 1970, but then had an accident with it at the Targa Floria and it was then sold to  Bill Bradley who rebuilt it.

“We are here getting ready for the Members’ Meeting. We still have some work to do with the car, it is getting better but the handling is still not as good as it could be, the car is too stiff for the bumps here and we need to soften the car. We were here last year for the Revival  so know how it can go, and it is a beautiful car to drive.

“We had an accident at the Peter Auto meeting in Imola last October, so we had to work on the car over the winter and it has been repainted as well as an engine and gearbox overhaul. “

910-005 was raced at the Sebring 12 Hours in 1967 by Scooter Patrick and Gerhard Mitter, who came home third overall, behind two Ford GT40s, and won the two-litre class. Later that year is was seventh at Spa with Mitter and Gerhard Koch driving, and had its final works outing the Nurburgring where it was the spare car during practice. Bill Bradley owned it the UK for almost four decades before it moved on to the present owner.

In period the 910 was powered by either a two litre flat six or 2.2 litre flat eight engine, and although only used by the factory for one season, 28 910s were built and sold on to private teams.