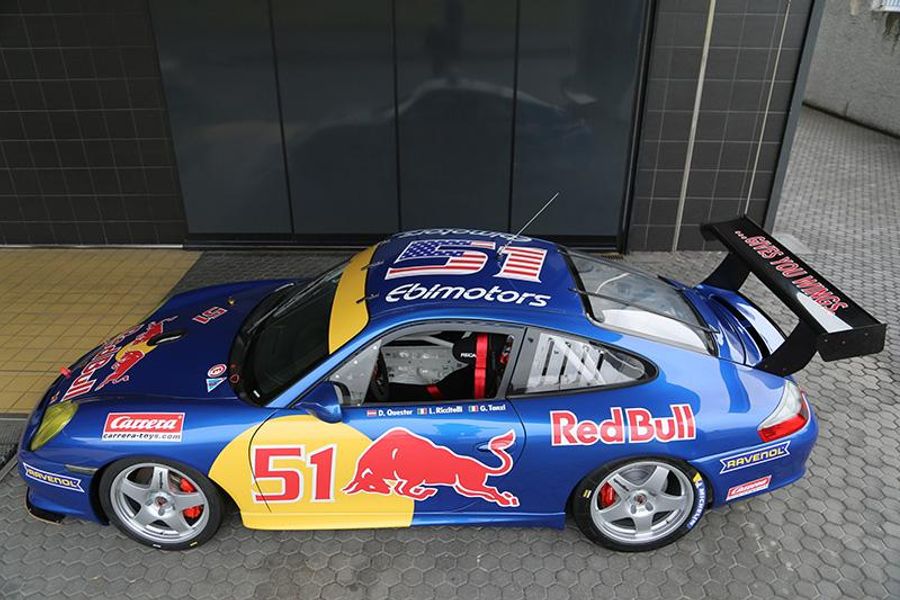 Legendary Austrian sports car driver Dieter Quester, who has competed in more than 1,000 races in an iron-man career that has spanned more than 50 years, will retire from endurance racing at the end of next month's HSR Classic Daytona presented by IMSA, November 7 - 11.

"I will drop the checkered flag in Daytona," Quester said. "The decision fills me with sadness as I have built up over all the years a love relationship with this circuit. Returning to victory lane would be the measure of all things and a farewell to Daytona, as it could be not much better."

Quester has raced a dozen different prototypes and GT cars in the Rolex 24 At Daytona the last few years, in addition to participating in every running of the HSR Classic Daytona since the classic 24-hour race at Daytona International Speedway was introduced in 2014.

His most recent visit to the "World Center of Racing" was a winning one as Quester and co-driver Luca Riccitelli were the top GT finishers in Group B in last year's HSR Classic Daytona while finishing third overall in the group in their 1979 Red Bull BMW M1 Procar.

"It is safe to say that there will never be a driver in the HSR Classic Daytona presented by IMSA that wouldn't want to be Dieter Quester," said HSR President David Hinton. "As racers, we all want to compete as well as we can, as hard as we can for as long as we can. Dieter has done all of that and more and is now hanging up his endurance racing helmet on his own terms. We are honored that he will end his incredible endurance racing career at the 2018 HSR Classic Daytona, and no one will be surprised if he goes out a winner."

Quester has been closely linked to BMW throughout his career, but he also has extensive experience with Porsche, which will be his car of choice for next month's classic 24-hour race.

Along with Riccitelli and the car's current owner, Giancarlo Tanzi, Quester will drive the same No. 51 Red Bull Porsche GT3 Cup he raced in the 2002 Rolex 24 At Daytona. Quester co-drove the Porsche with Karl Wendlinger, Vincent Vosse and Johnny Mowlem in the 2002 race, contending for a GT class victory before retiring in the early morning hours after an accident.

"I am thrilled to be piloting the Porsche again through the high-speed tri-oval after more than 16 years with Luca and Giancarlo," Quester said. "We certainly have chances to be the top GT in the class again, but the prerequisite is a race as error-free as possible."

Tanzi discovered the Red Bull Porsche 996 a few years ago and arranged to have the car completely revised at the Porsche factory. The No. 51 returns to Daytona in the same Red Bull livery it carried in 2002.

In his more than half-a-century career, Quester has won multiple European titles, set several world records and scored a seemingly endless string of victories in everything from Formula 2 to Touring Cars and GT and Prototype sports cars.

Quester's association with Red Bull dates back more than 20 years, and in 1996 he pioneered the blockbuster brand's first race action in the USA.

While the checkered flat at 1 p.m. EDT on Sunday, November 11, will officially end Quester's amazing endurance racing career, the 79-year-old is far from stepping away from driving entirely. He will continue to participate in showcase historic races and rallies in his native Austria, including the Ennstal Classic "Oldtimer Rallye" and Gaisberg Race at the Gaisberg Mountain in Salzburg, and the Gran Premio Nuvolari in Italy.

Debuting in 2014, the HSR Classic Daytona presented by IMSA once again features this year period-specific groups of historic and vintage sports cars competing twice-around-the-clock on Daytona International Speedway's  road course. The event weekend is set to take place this November 7 - 11 with practice, qualifying and Daytona Historics HSR WeatherTech Sprint and B.R.M. Enduro Challenge races preceding the Classic Daytona, which is scheduled to start at 1 p.m. ET on Saturday, November 10. 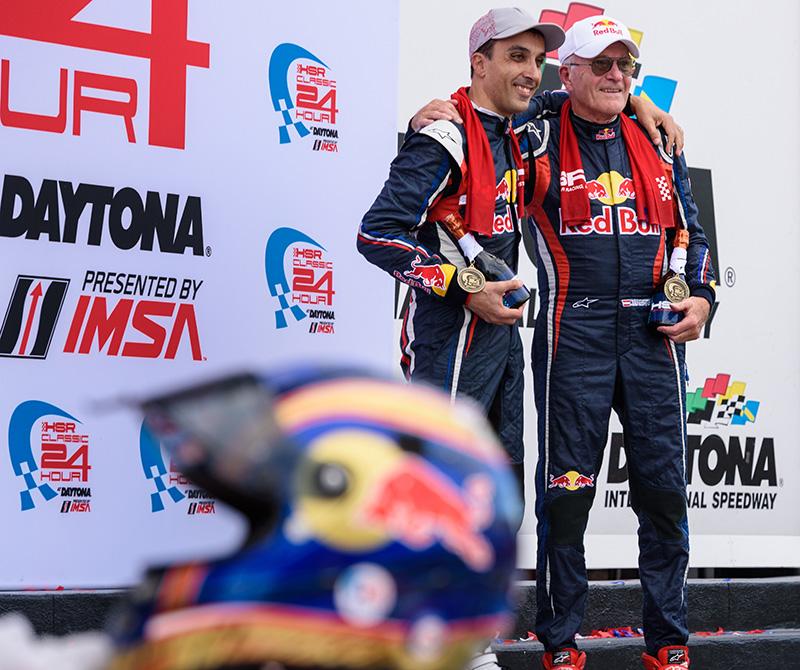