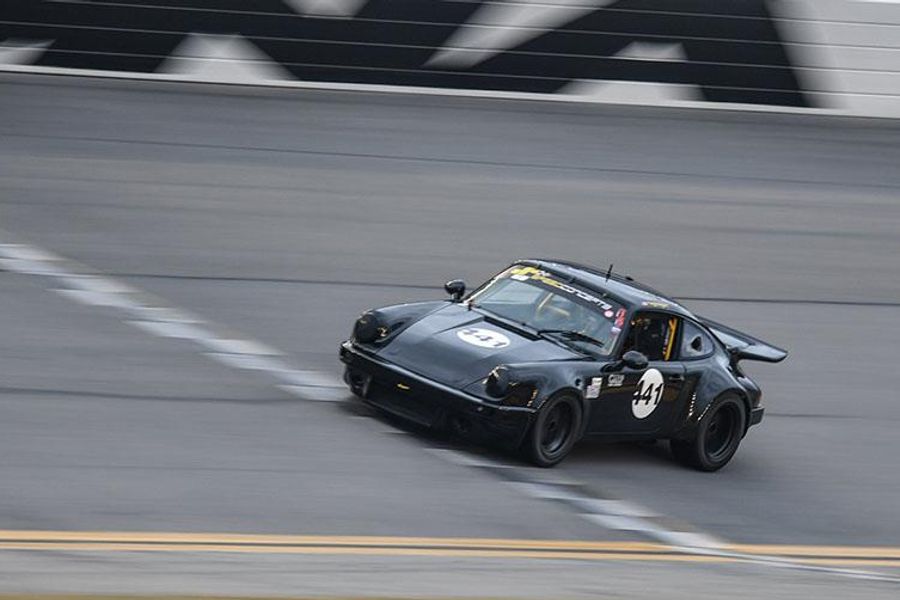 The first five race winners of the 2019 HSR Classic at Daytona presented by IMSA and HSR Daytona Historics weekend were crowned Thursday in a competitive opening day of racing at Daytona International Speedway (DIS). A trio of back-to-back HSR sprint races late Thursday afternoon set the tone for a competitive weekend ahead at the "World Center of Racing," which culminates with the fifth running of the HSR Classic Daytona presented by IMSA Saturday and Sunday.

Todd Treffert (above) took the weekend's first checkered flag in the Sasco Sports International/American Challenge sprint with a convincing overall and Porsche-class victory. Treffert anchored an all-Porsche overall top-three sweep in his Speedconcepts 1974 No. 441 Porsche 911 IROC. Mike Banz was second in class and overall in his Heritage Motorsports 1974 No. 13 Porsche 911 RSR and Frank Beck was third overall and in class in his Beck's European No. 59 1972 Porsche 914/6.

Other podium players in the Sasco race included Rob Albino and Aaron Nash who joined Wilding in an all-BMW sweep of the International class. Albino was second in his Hudson Historics 2000 No. 99 BMW Z3 Coupe while Nash finished third in his Crucial Motorsports 1997 No. 87 BMW M3.

Boocher was joined on the American podium by runner-up Steve Piantieri in his 1965 No. 95 Ford Mustang 2+2 and third-place finisher Walo Bertschinger in the 1968 No. 39 Chevrolet Corvette Roadster.

The Sasco Sports opener was immediately followed by the HSR Global GT race that was won by Sergio Pagliaruli in the 2006 No. 55 Porsche 997 Cup. Phil Gilsdorf was second in his 2005 No. 901 Porsche 996 Cup while Steven Davison spoiled another all-Porsche sweep with a third place showing in his Automatic Racing 2007 No. 22 Aston Martin Vantage N24. 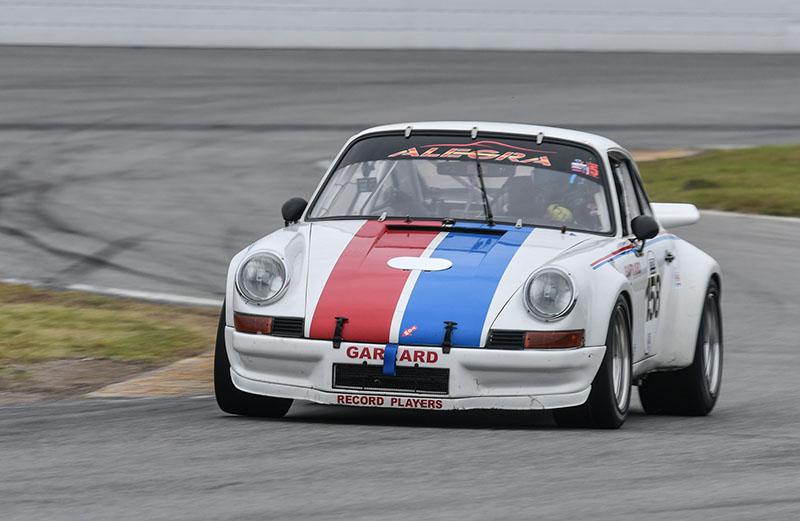 The HSR Classic RS Cup sprint closed out Thursday's race schedule and featured the best lead battle of the day. Jack Lewis led from the drop of the green flag in his 1974 No. 9 Porsche 911 RSR but was soon challenged by pro driver Billy Johnson in the Alegra Motorsports 1974 No. 58 Porsche 911 RSR. They twice swapped the lead at the halfway point of the eight-lap sprint before Johnson took control for good and crossed the finish line
with a 4.367 second margin of victory.

The main off-track attraction Friday is the annual HSR Classic Daytona Driver Panel and Q&A that features Derek Bell, Jochen Mass, Tommy Kendall and Mark Raffauf. The event, which is free for all HSR Classic Daytona credential and ticket holders, takes place at 11:30 a.m. EST in the Daytona International Speedway (DIS) Driver Meeting Room in the infield. Amelia Island Concours d'Elegance founder Bill Warner hosts the event and Justin Bell will moderate and lead the Q&A with the featured panelists - which HIstoricRacingNews.com will be able to exclusively bring you!