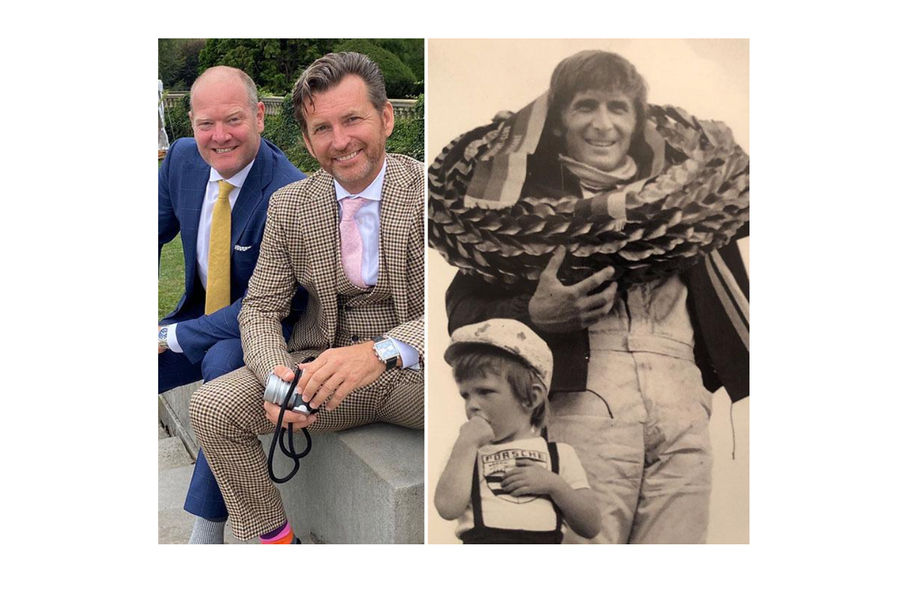 A powerhouse panel of international and IMSA sports car racing champions and major race-winning drivers will be joined by a career sports car racing industry leader as the featured guests in the annual HSR Classic Daytona presented by IMSA Driver Panel and Q&A at Daytona International Speedway (DIS) this Friday, November 15 at 11:30 am. EST, in the DIS Driver Meeting room. HistoricRacingNews.com have exclusive rights to record the forum - and we will be bringing you the sights and sounds of what should be a great event as soon as possible!

The accomplished driver trio will be joined by lifelong IMSA employee Mark Raffauf, who joined the organization at 16 and later served as IMSA President from 1989 - 1993. Raffauf remains with the organization today as Senior Director of Race Operations and is based at IMSA headquarters just across the street from DIS.

Amelia Island Concours d'Elegance Founder Bill Warner returns as panel host and will introduce the featured guests as well as Derek Bell's son Justin Bell (pictured above celebrating an early win with his father and more recently with Kendall), who will emcee and moderate the Q&A session. An accomplished driver in in his own right, Justin Bell is better known these days as a motorsports broadcaster who currently co-hosts with Kendall the popular online motorsports program "The Torque Show."

Derek Bell, a five-time 24 Hours of Le Mans and three-time Rolex 24 At Daytona winner, joins his son and Mass as competitors in this weekend's fifth running of the HSR Classic Daytona.

The Bells are two of the four co-drivers listed for the legendary Holbert Racing 1985 No. 14 Porsche 962 HR1, a 10-time IMSA race winner that the senior Bell drove in its competition prime. Gunnar Racing fields the No. 14 this weekend along with three other Porsches in various classes.

Mass, a 1989 24 Hours of Le Mans overall winning driver, wheels one of the two oldest cars in this weekend's HSR Classic Daytona. The Germany-based HK-Engineering team fields a pair of 1955 Mercedes-Benz 300SL Gullwing Coupes, including the No. 0 entry Mass co-drives with Hans Kleissl. 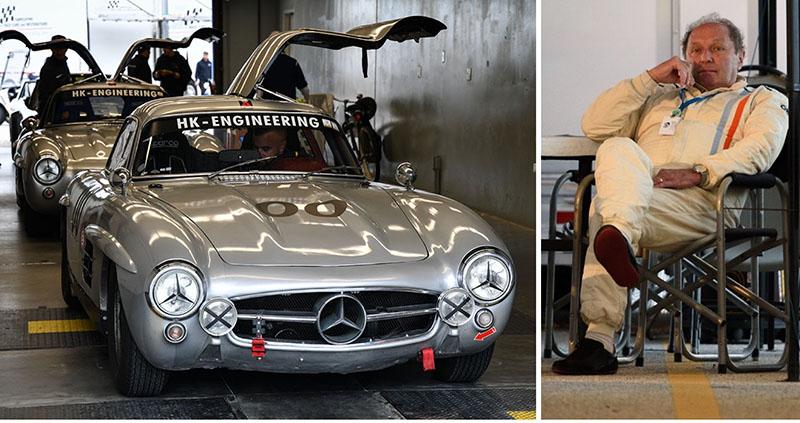 Kendall is taking in the HSR Classic Daytona while also supporting the Trans Am series that shares the card this weekend with the Classic 24-Hour race. Kendall hosts the Trans Am season-ending awards celebration in Daytona Beach Saturday night.

In addition to his long-running IMSA career, Raffauf recently co-authored with Mitch Bishop the best-selling book "IMSA 1969 - 1989," which is the inside story of how Bishop's father, John Bishop, built IMSA into a global motorsports fixture in just a few short years.

Derek Bell (Class of 2012), the late John Bishop (Class of 2014) and Kendall (Class of 2015) have all been inducted into the Motorsports Hall of Fame of America (MSHFA), which is located on the grounds of DIS just outside of NASCAR Turn 4 in the Ticket and Tours Building on International Speedway Blvd.

The HSR Classic Daytona debuted in 2014 at the "World Center of Racing" and the immediate success of the inaugural event called for a second running in 2015. After a year off, the 24-Hour Classic Race on the 3.56-mile DIS road course returned in 2017 and is now an annual fixture on the HSR calendar.