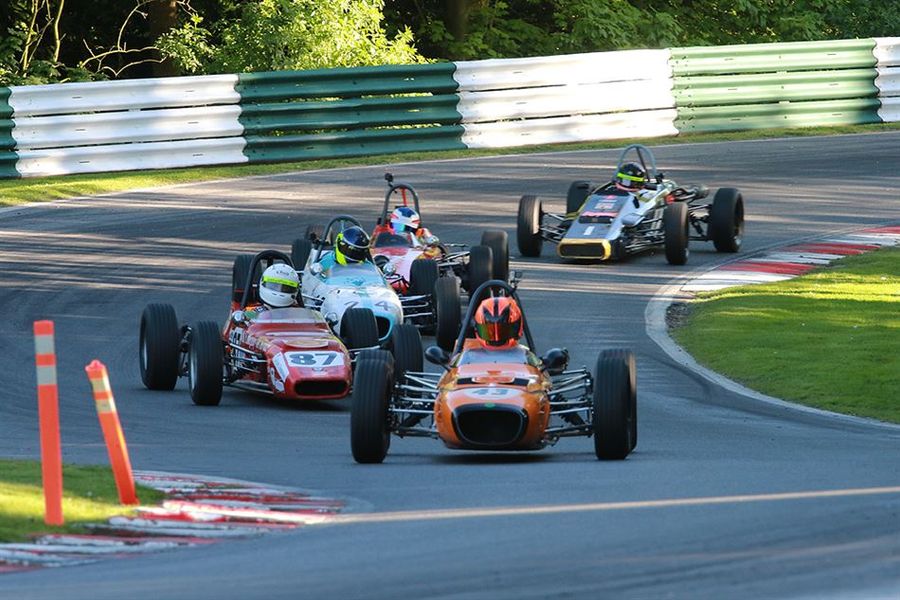 In a dramatic final Historic Formula Ford 1600 race of the day at Cadwell Park on Sunday front-runner Nelson Rowe touched wheels with another car and his Crossle 20F was launched off the track and rolled onto the grass.

Landing upside down with Rowe, who had won one of the earlier FF16600 races, inside the car, first person to the scene was fellow FF1600 competitor Callum Grant, who stopped and ran to the inverted Crossle. As the car began to catch fire, Grant and two members of the public lifted the Crossle by the wheels and flipped it the right way up, but now firmly ablaze, and Rowe was able to exit the wrecked racer.

The race was stopped and Rowe was able to walk to the attending ambulance once the full emergency response had arrived. When the race was restarted Grant finished second to the Titan of Andrew Wiggins.

Picture above shows Grant leading Rowe earlier in the day.

Video: Race to the City