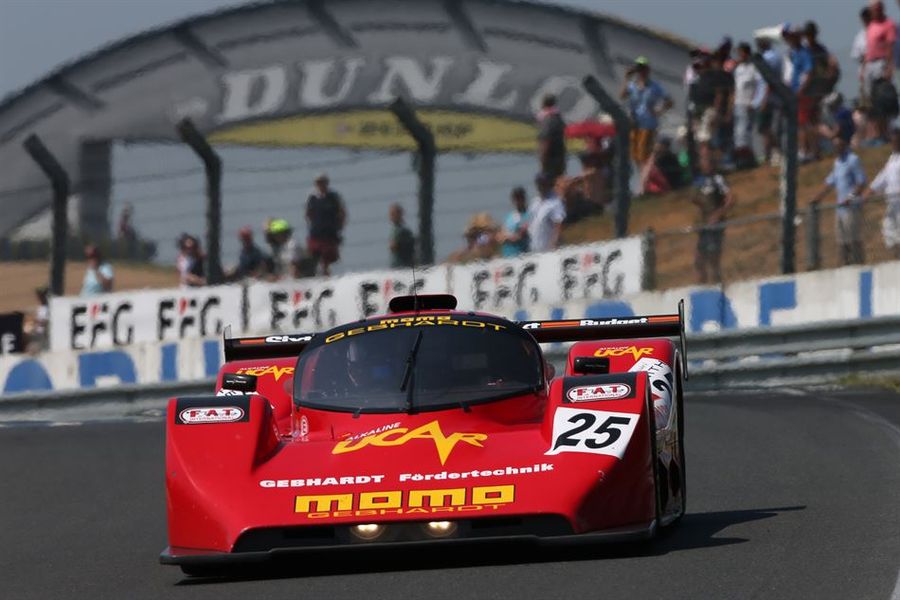 Michael Lyons was the winner of the Group C race at the Le Mans Classic, a frantic 40-minute thrash that features incidents galore around some great racinig. Right after the race, and before he knew he has won after the Porsche that had originally taken the flag was penalized, we caught up with Michael:

“I am sure that after the restart the Nissan and the Porsche in front were almost having boost wars down the straight! The race was great fun, I had a good battle with Rob Huff early on, and we were all running in a pack.

“I didn’t really hold the cards for the outright pace down the straight, but I could get a good run through the Porsche Curves every time, and although I would be behind, I could get back with them by that part of the lap.

“It was a crazy race as there were quite a few yellows and then the oil down. I was trying to play it safe once we got the oil, especially in the slow zone coming onto the start finish straight, we were all waiting until the marshalls’ post and watching the other cars, it was like a restart every lap.

“We all caught Katsu Kubota who had just had his first puncture of the race, and we all went into the pits. Then he had what seemed to be another puncture, and I ended up clear of the rest once the Porsche pulled off, which may have been a fuel problem – he must have been using a lot of boost on the straight!”

Whle the Gebhardt marque has tasted success at Le Mans before, the Brirtsh ADA team won the Group C2 category in the 24-Hours in 1986, the Group C1 C91 was not that succesful in period, failing to finish finishing the two World Sportscar Championship rounds it contested in the hands of Almo Capelli and Frank Kraemer, the best finish a 10th in an Interserie round at the Nurburgring.