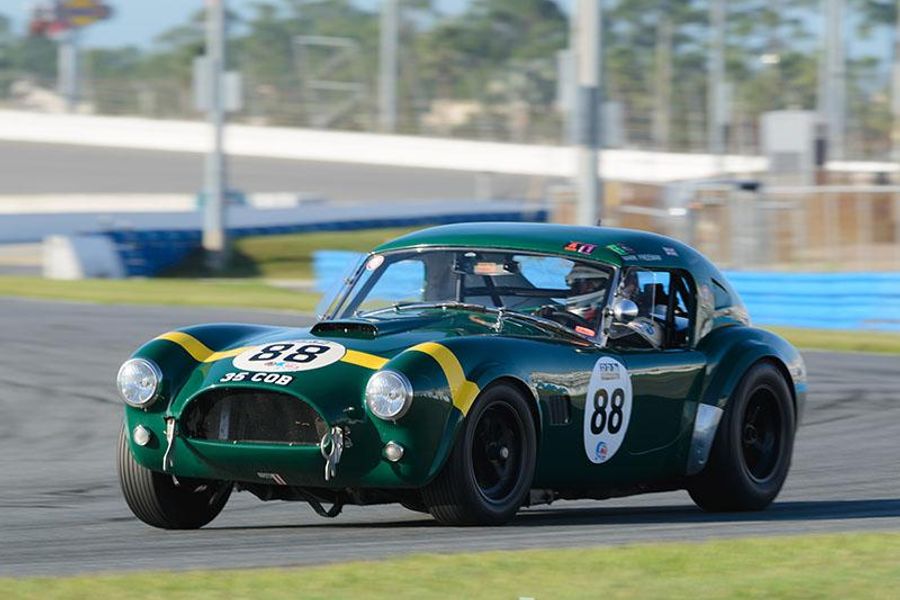 Debuting in 2016, the Classic 12 Hour Sebring, Pistons and Props, is an on-track and on-the-runways celebration of the 12 Hours of Sebring and historic Hendricks Field, the World War II era military and civil aviation facility on which the famous sports car race has been run for more than 65 years. The Classic 12 Hour at Sebring features four full days of historic and vintage sports car racing and a "fly-in" and display of equally awe-inspiring military and civilian aircraft from the last half century and older.

Growing for the third-straight year, the 2018 edition of the Pistons and Props event features an expanded collection of legendary airplanes and some event-debuting and returning historic prototype and vintage sports cars competing in the HSR Classic 12 Hour tribute race. The weekend also features the HSR Sebring Historics that includes the season-ending rounds of the full-season WeatherTech Sprint, Sasco Sports International/American Challenge and B.R.M. Enduro Challenge series.

A highlight of the 2018 HSR Classic Sebring 12 Hour, Pistons and Props, will be the event-debuting North American P-51D "Mustang" of Jim Lyons. Pristine Mustangs - like "Sweetie Face" that Lyons will bring to Sebring - are worth more than $2 million dollars but generally considered priceless treasures of American history and mid-century military might.

Legendary long-range and single-seat fighters and fighter/bombers used during WWII and the Korean War, among other conflicts, Mustangs later made their mark in U.S. air racing competition. The P-51 is well familiar to most fans of military aviation, air racing and even auto racing history.

Another debuting airplane comes from Jon Rising who is flying his North American T6-G "Texan" to Sebring from Ocala, Florida. Like many of the aircraft at the HSR Classic Sebring 12 Hour, Pistons and Props, the "Texan" was used in its prime as a popular trainer airplane in the WWII era.

A pair of returning fan favorites on the race car entry list come from winning HSR driver Travis Engen and GMT Racing. Engen will race both his 2005 No. 2 Audi R8 LMP and 1962 No. 1 Lotus 23B in a dual bid to score his first Group wins in the HSR Classic Sebring 12 Hour.

Engen has dominated at Sebring before - including a perfect four-for-four Friday race sweep in the Audi and Lotus in the 2016 HSR Sebring Historics - but the goal next weekend is one, if not two, HRS Classic Sebring 12 Hour victories.

A debuting HSR Classic Sebring 12 Hour entry may be considered as "must-see" as the P-51 Mustang. The British-based RW Racing Services team has brought a rare 1964 No. 88 AC Cobra (header picture) to Florida to participate in the "HSR Classics" at Daytona and Sebring. Fresh off of a fifth-place class finish two weeks ago in the HSR Classic Daytona presented by IMSA, co-drivers Mark Freeman and Nigel Armstrong will be looking for an even better result in the Cobra's first visit to Sebring International Raceway.

The RW Racing team knows how to make it to victory lane in the HSR Classic Sebring 12 Hour. In last year's race, RW prepared the Group A winning 1966 No. 96 McLaren M1b of Andrew Beaumont and Nigel Greensall.

Still in part an active airport, the Classic Sebring 12 Hour, Pistons and Props, again features the vintage aircraft landing on one of the Sebring runways throughout the day Friday. At 4:30 p.m. EST that day, the parade of planes will taxi along parts of the actual Sebring race course to the paddock where they will be on display alongside the historic race cars through Sunday morning.

Returning airplanes include the blue B004 numbered 1942 Vultee BT-15 Valiant piloted by Tom Smith and the similar 1943 Vultee BT-13 Valiant of Bryce Bock. The Vultees are two variants of the "Basic Trainer" (BT) aircraft that played a major role in teaching WWII military pilots the finer points of flying.

Bock's Vultee BT-13, which carries tail number 242605, is one of approximately 11,000 built powered by the Pratt & Whitney R-985. Vultee also contracted with Wright Aeronautical for their W-975 engine and redesignated the plane the BT-15. Smith's BT-15 is just one of four still flying today out of 1,200 produced. 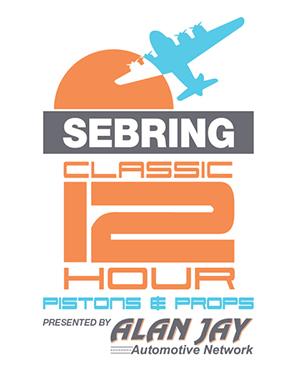