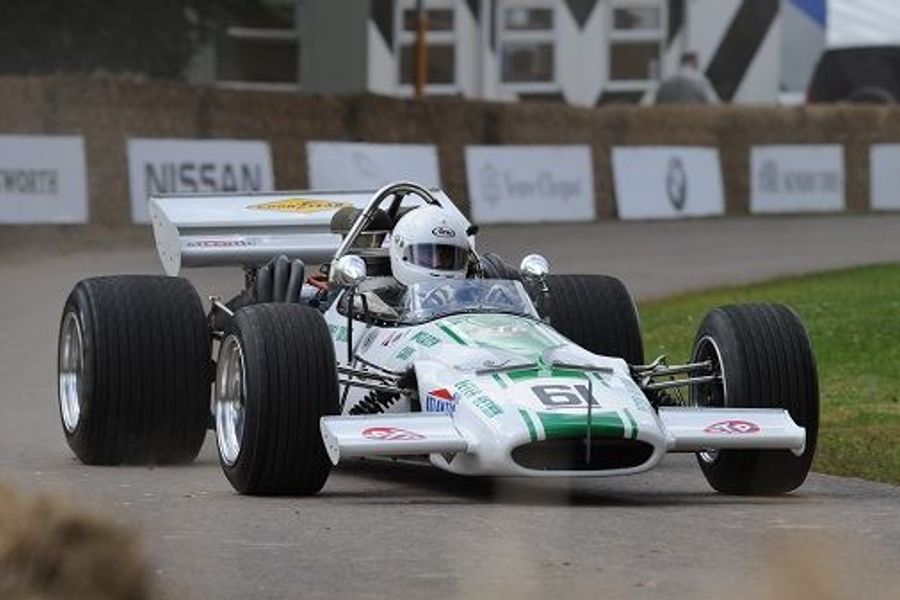 Peter Gethin’s championship-winning McLaren M10B will be among the star cars at the 76th Members’ Meeting on March 17th-18th as the Goodwood Motor Circuit prepares to echo with the sound of 5-litre V8 engines.

Joining the powerful McLaren will be a brace of rare Begg F5000 cars, making the near 12,000-mile trip from New Zealand to West Sussex to be a part of Goodwood’s celebration of the 50th anniversary of the thunderous Formula 5000 series.

Formula 5000’s roots can be traced to the USA in the late 1960s, inspired by the success of the Can-Am series, but with open-wheel racers rather than sportscars. The formula was hugely popular and made its way to Europe in 1969 with the formation of the Guards Formula 5000 Championship, while series in South Africa, New Zealand and Australia began in 1968, 1969 and 1970 respectively.

Attracting a wealth of top manufacturers, including legendary names such as Chevron, Lola and McLaren, the high-speed demonstrations at the 76th Members’ Meeting will feature a superb cross-section of cars that graced the world stage, including the only Surtees TS11 still running. With around 30 cars expected at the Motor Circuit, this may well be the largest gathering of Formula 5000s in the UK on the same track at one time.

As for the two Antipodean machines, regular competitors on the historic circuit Scott and Lindsay O’Donnell will be bringing two rare Beggs from Christchurch in New Zealand to the Members’ Meeting, travelling from the other side of the world to be a part of the high-speed demonstrations.

“For me it completes a mission of restoring and racing this car over the last 15 years to celebrate the ‘Kiwi ingenuity’ of characters like George Begg,” says Lindsay. “Apart from celebrating the tiny Begg marque of race cars in the 50-year demonstration of F5000, it’s a great privilege to be invited to take part in a Goodwood event.”

While the journey itself sounds impressive, Scott points out it’s part of the deal when living in New Zealand. “It is a long way to bring cars,” he explains. “But when you live in New Zealand, it’s three hours to Australia or 12 hours to the next country!”

Hungaroring Historics for Peter Auto in 2017