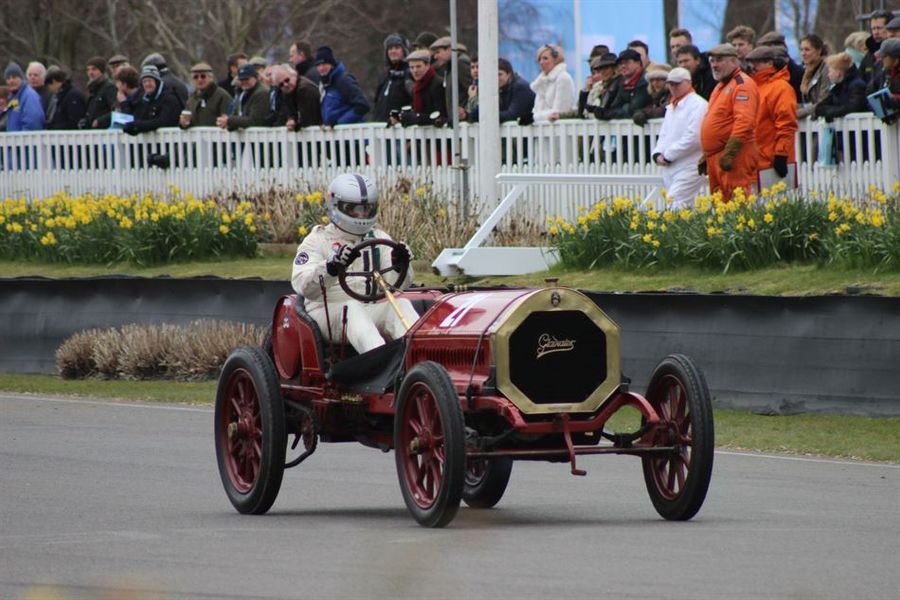 Plans for the 75th Goodwood Members’ Meeting are firming-up, with the hugely popular S.F. Edge Trophy for early race cars confirmed to be back in the event line-up, which takes place over the weekend of 18th and 19th of March 2017.
The S.F. Edge Trophy, a highlight of this year's Members' Meeting,  will again feature all manner of  Edwardian leviathans wielding aircraft engines, manual fuel pumps and lanterns, racing improbably quickly around the famous Goodwood Motor Circuit. Named after Australian born British businessman, pioneer motorist and race driver Selwyn Francis Edge, the race should again be spectacular to behold with the lead drivers pushing their oversteering machines hard, with an 'elbows-out' driving style easily visble to spectators as they perch on top of their mighty mounts.
The Gerry Marshall Trophy will also be back by popular demand, in celebration of the best of 1970s and early ’80s saloons from the Mini 1275 GTs to the Chevrolet Camero Z28s, agian promising to be full of drama.
The S.F. Edge and Gerry Marshall and Hailwood Trophy races are all outside of the Goodwood Revival period, their inclusion in the Member's Meeting programme offering the bringing new and exciting content to please the large crowds.
Tickets for the 75th Members’ Meeting are currently available only to Goodwood Road Racing Club Members. Remaining tickets will be made available to the Goodwood Road Racing Club waiting list from 31st of October 2016, with a strictly limited number available to the general public from the 2nd of January 2017.
SF Edge Trophy Members' Meeting Goodwood