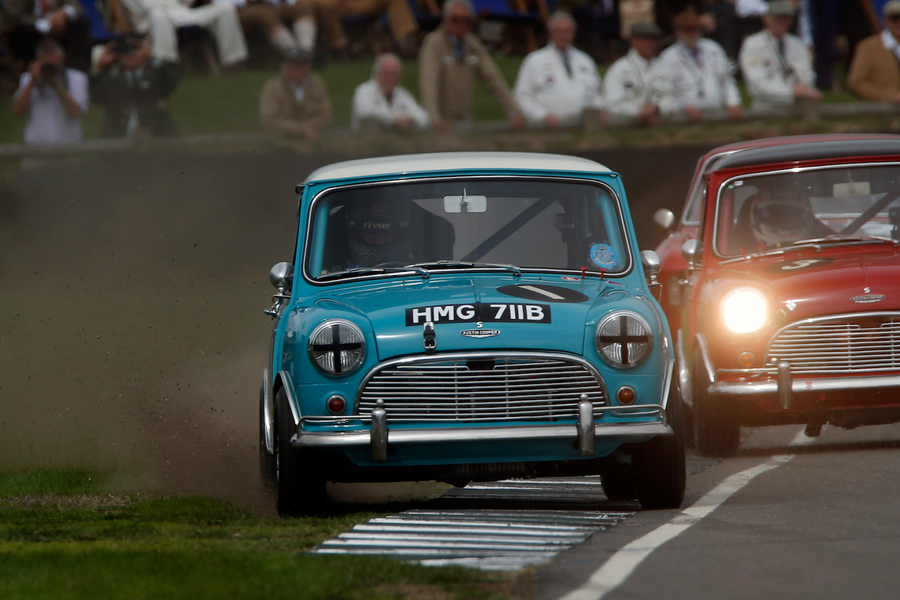 After announcing the Betty Richmond Trophy as a new fixture for the 77th Members’ Meeting, Goodwood has been overwhelmed with demand for race entries. Therefore, it has decided to change the format, with two heats, each with its own qualifying session, now preceding the Betty Richmond Trophy, which takes place on Sunday 7 April. The new qualifying sessions and heats will happen on Saturday 6 April.

With 2019 marking the 60th anniversary of Mini, it is fitting that Goodwood will now welcome 60 Minis to the Members’ Meeting this year. These will be split into two 30-car qualifying sessions on the Saturday morning, before two 30-car heats on Saturday evening. The top 15 finishers from each heat will enter the final on Sunday afternoon.

The Betty Richmond Trophy was announced in November as a new race exclusively for pre-’66 Mini saloons and variants. It is named after the current Duke’s grandmother Elizabeth ‘Betty’ Richmond. Her husband, Frederick ‘Freddie’ Gordon-Lennox, the 9th Duke of Richmond, turned the perimeter road around RAF Westhampnett into the Goodwood Motor Circuit which officially opened in September 1948. As a friend of Mini designer Alec Issigonis, and an admirer of small, cleverly designed cars, he took delivery of one of the first Minis in 1959, but it was Betty who fell in love with the car. The current Duke recalls her hurtling around the Goodwood estate in it but never being allowed onto the public road.

Motorsport content manager, Matt Hearn, said: “Interest in the Betty Richmond Trophy has been incredible, with well over 100 great cars and drivers to choose from. We were poised to turn down a lot of fantastic cars, but we have managed to fit in two qualifying sessions and two heats into the schedule on Saturday. Clearly love for this British icon is unfaltering.”