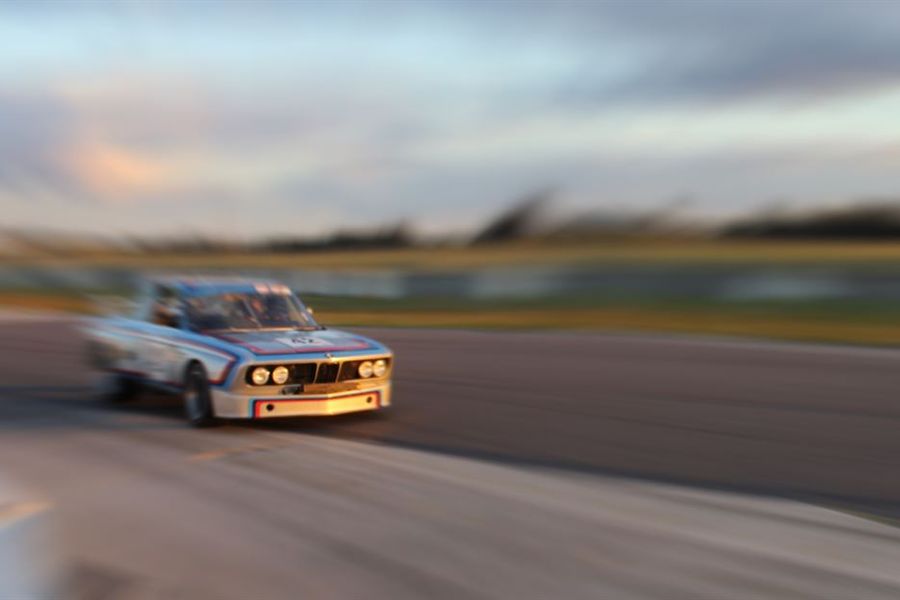 In September of this year we decided it was time to expand historicracingnews.com to America.  Our head of US operations Jim Roller reflects on the first two events that we have covered “state side” The HSR Florida Classics – The Classic 24 at Daytona and the Classic 12 Hour Pistons and Props at Sebring.

"When one thinks of endurance racing’s classic events, Le Mans is the first that comes to mind.  It is the oldest and greatest of all and I would argue the most important race in the world period.

"After Le Mans however you must come to America to find the next three most significant endurance races.  Two are legendary - The Sebring 12-hours (the oldest and toughest), the Daytona 24-hours and one that is now on its way to becoming the newest classic, Petit Le Mans run annually at Road Atlanta.

"Fans of historic racing can now revel in the history of these events as well as fans of the modern day races.  Thanks to the hard work of David Hinton, Sara Councilor and the rest of the Historic Sportcar Racing staff the HSR Classic 24-Hour at Daytona presented by IMSA and the Sebring Classic 12-hour Pistons and Props presented by Alan Jay Automotive Network have joined the bi-annual Classic Le Mans to make up a triple crown of historic sportscar racing.  This year I was thrilled to be able to attend both of HSR’s Florida races, which were just two weeks apart in the late season calendar.

"Much like their modern cousins the personality of these two events is completely different.  Daytona, with its high banks and high speeds along with an ingrained international cache is wine and cheese.  Sebring, with its rough airport runways and workman like atmosphere is brats and beer.  Neither is better or worse, and I would put forth the differences make them better as back-to-back events.  Sebring also added the spectacle of WWII training aircraft that paid homage to the racetracks roots as a B-17 training base during and immediately after the war years.

"One similarity I found striking was the level of competition.  In both events the racing was intense through out and many of the groups (races are broken up into multiple 42 minute sessions) were not decided until the final run.   No trailer queens at these events!

"At Daytona 6 groups raced four times to make up 24-hours of competition.  While Group C (as its name implies) was the marquee class, for this reporter groups E & F provided the edge of your seat excitement at the end of the race.

"Group E featured more modern machines and some big names with endurance legend Eric van de Poole going head to head in the final 42 minutes with current sportscar star Joao Barbosa to decide the winner.  Barbosa prevailed in his Pescarolo Judd over the Oreca of van de Poole after swapping the lead three times in the final stanza.

"Group F started with 8 drivers still on the lead lap with a shot at victory.  When the field thundered into turn one more than one driver forgot the old adage, “you can’t win the race in turn one but you sure can lose it!”  A second try to start the final session ended in tears the same way.  It just goes to show you just how important any win associated with “The Worlds Center of Racing” is.  Xx was able to remain above the fray and claimed the group win in his radical Porsche.

"At Sebring Four groups ran four 42-minute sessions to decide the winner on aggregate.  Two of the four classes came down to the waning moments of the last session with one group decided on the last lap of 168 minutes of racing.

"Group A was the playground of iconic McLarens and Lolas from the 60’s.  Nigel Greensall help an ailing Andrew Beaumont to a xx second win after starting the final stanza just 12 seconds ahead.

"Group B featured late 60’s and 70’s era machines.  Despite winning the first three sessions, two of them handily, Altfrid Heger started his Porsche 935 in the final run just 12 second ahead of the Chevron 23b of Kevin Wheeler and John Harrold.  Heger and Wheeler raced wheel to wheel through the last 40 minutes until a fading brake petal left Heger spinning out of the lead at turn 10 of the 17 turn Sebring layout.  Wheeler grabbed the checkered flag 15 seconds ahead of the devastated Heger to claim a 3 second victory.

"Heger was greeted by in victory lane by Wheeler in a tremendous display of sportsmanship after the two had battled through 3 of the four sessions.

"After two weekends I will take away memories of the great late fall weather you can find in Florida if mother nature is shinning down upon you and the better than expected racing on the track by cars that were both iconic and awe inspiring.  I will also look forward to joining this historic traveling circus again to soak up and enjoy the unrivaled camaraderie found in the paddock and public areas of the event. "