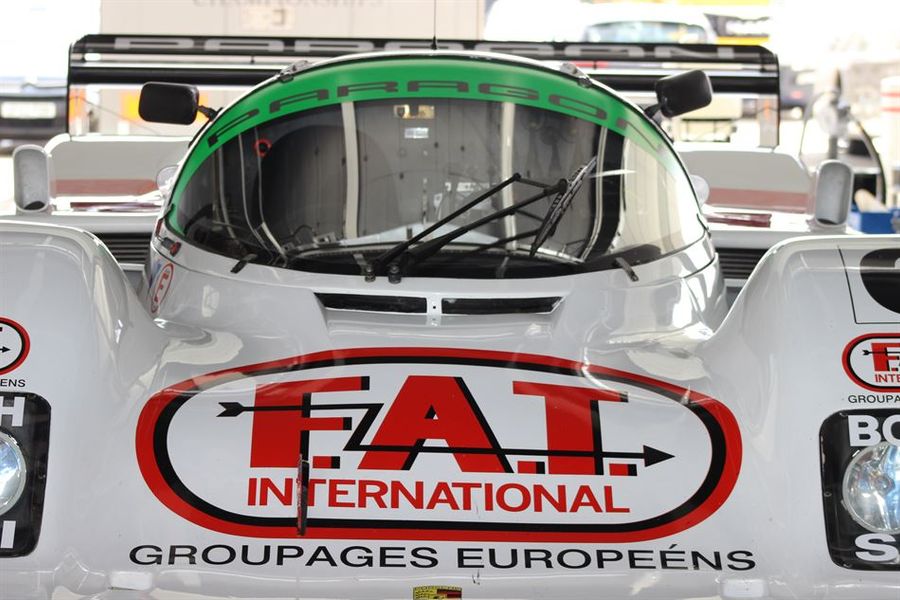 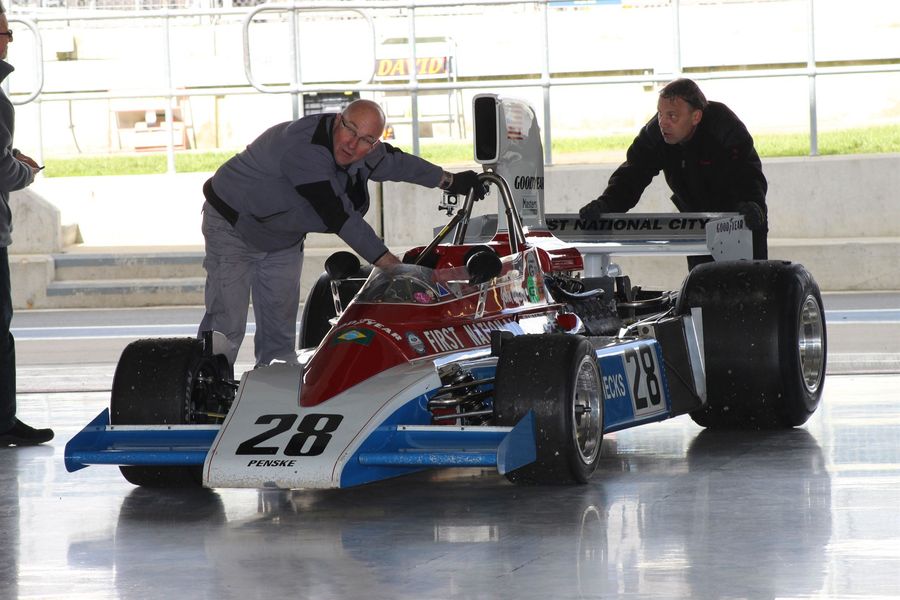 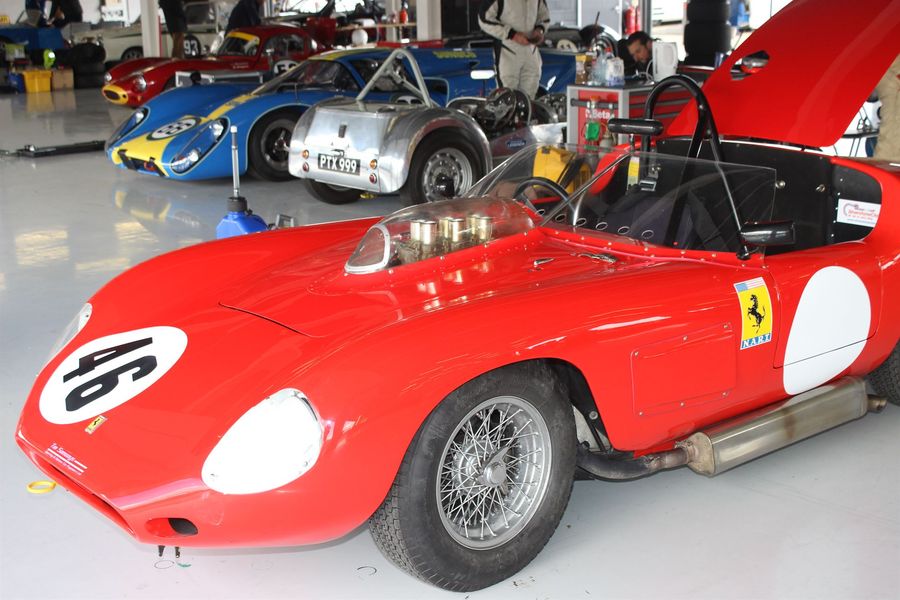 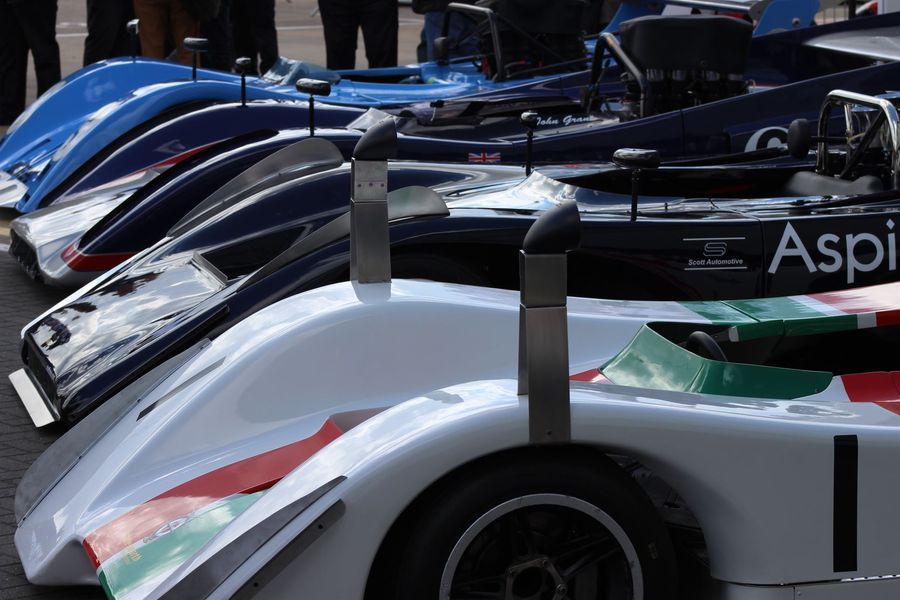 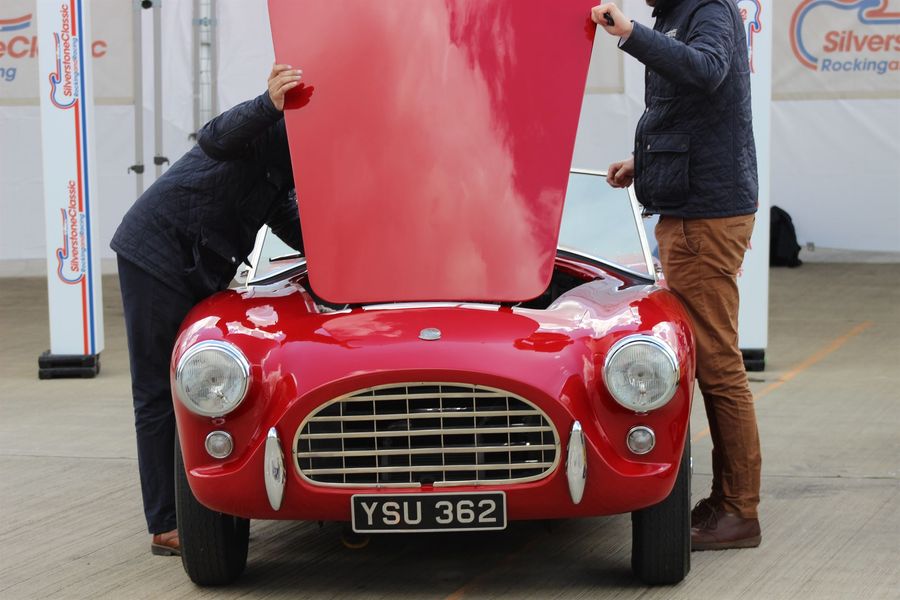 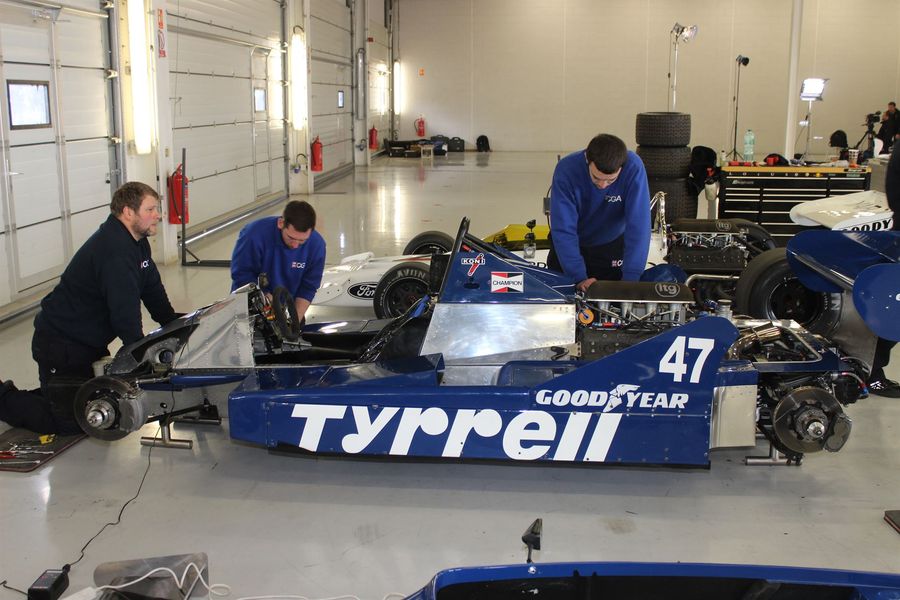 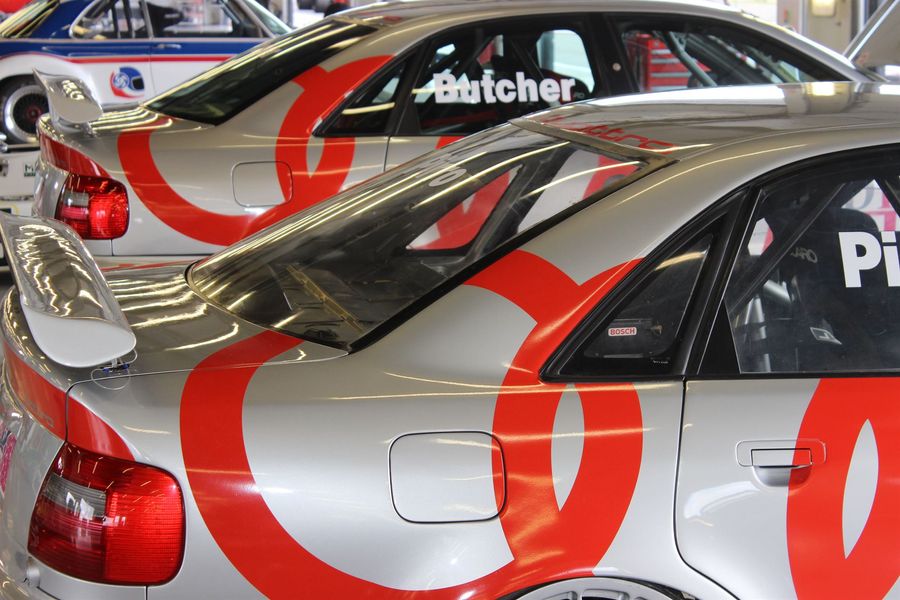 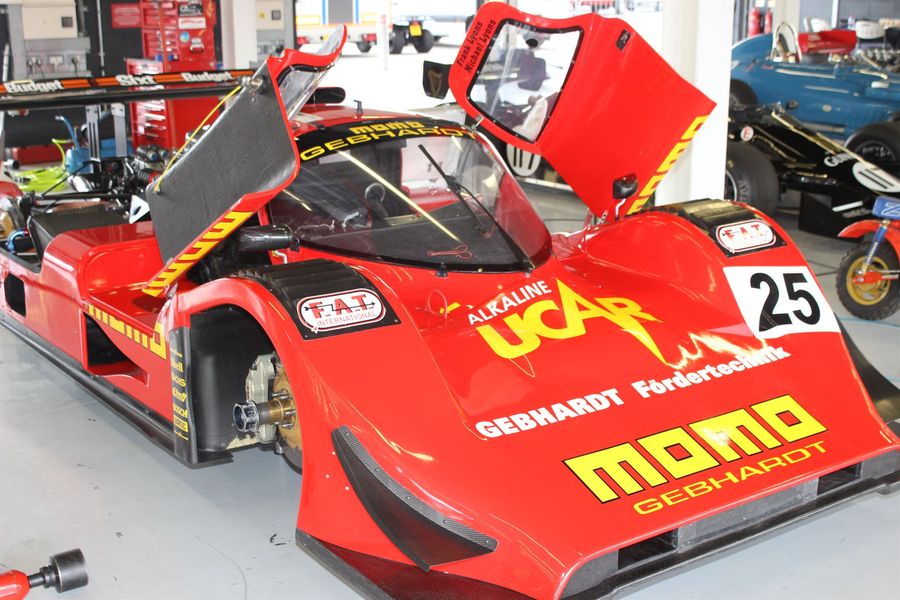 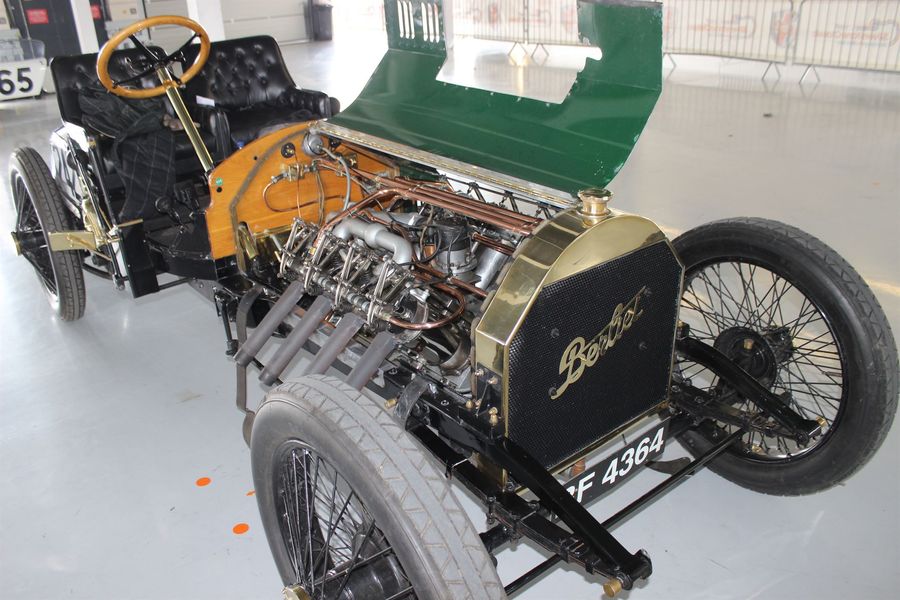 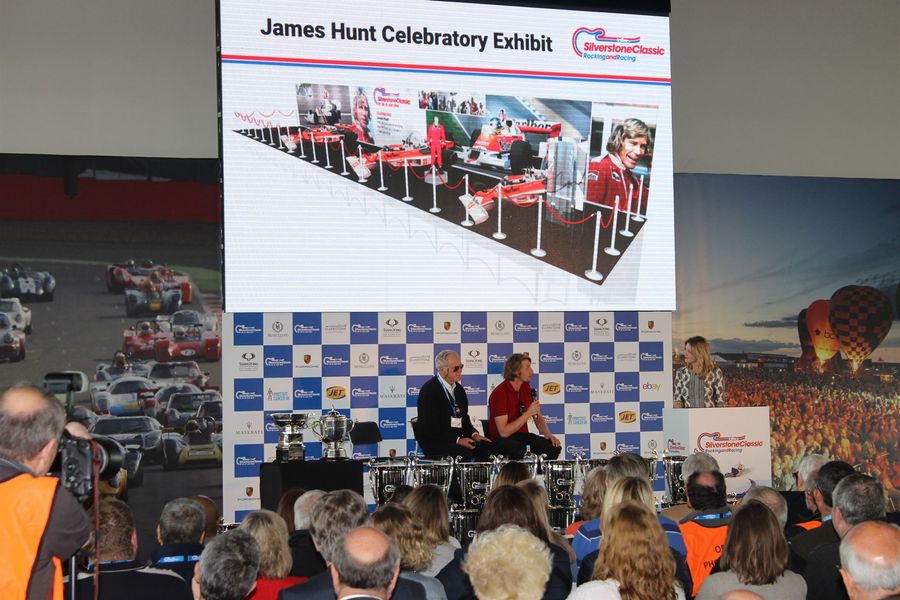 Click on the Gallery tab to see just a few of the cars at the Silverstone Classic Media Day.
The Silverstone Classic Media Day is an event in itself, with over 150-cars taking to the track and a host of the famous stars being interviewed or in attendance.
One new theme for 2016 ‘Tin-Top Sunday’, recognising that for the first time at the Silverstone Classic, there will be four separate touring car grids – the JET Super Touring Car Trophy (1990-2000), Historic Touring Car Challenge (1967-1989), Big-Engined Touring Cars (Pre ’66) and Under 2-Litre Touring Cars (Pre ’66) – bringing together more than 200 of the nation’s best-loved cars.
In another innovation, in addition to the ever-popular Group C twilight race, FIA Masters Historic Formula One, Legends of Modern Formula One and Stirling Moss Trophy amongst many others, the new Can-Am 50 Interserie Challenge will stage its season finale at the Classic. These extreme machines will provide an awesome soundtrack to the event as they celebrate their 50th anniversary in 2016.
Away from the racetrack, the impressive infield display will include live music concerts from chart-toppers The Boomtown Rats, The Stranglers and Reef, more than 120 car clubs exhibiting classic models from through the decades, Silverstone Auctions, aviation displays, a live Range Rover restoration with new event partner eBay and – for the first time – a Concours d’Elegance.
“Thanks to a tireless effort by the entire organising team, the Silverstone Classic has become a world-class event,” commented Nick Wigley, CEO of organisers, Goose Live Events. “Everybody works all year round to ensure that what we offer remains the biggest and best historic racing you will see anywhere in the world.
“I’m incredibly excited about the addition of the Can-Am celebration this year – the sound will be absolutely immense – as well as the introduction of Tin-Top Sunday. I think deep down, we’ve all got a soft spot for touring cars because they’re the kinds of cars our dads used to drive.
“Not only that, but having always wanted to include some two and three-wheeled action, I’m delighted that we have secured some absolute sporting icons with the World GP Bike Legends and Sidecar Salute.
“The Silverstone Classic has become the unmissable event for all of Britain’s car clubs, and this year there will be some 10,000 beautifully polished classic cars on display for visitors to come and admire over the weekend.
“Ticket sales for the 2016 event are really strong, and at such fabulous value for money, our new family weekend ticket has proven to be immensely popular. All the ingredients are in-place for yet another record-breaking Silverstone Classic!”
Silverstone Classic Media Day Gallery