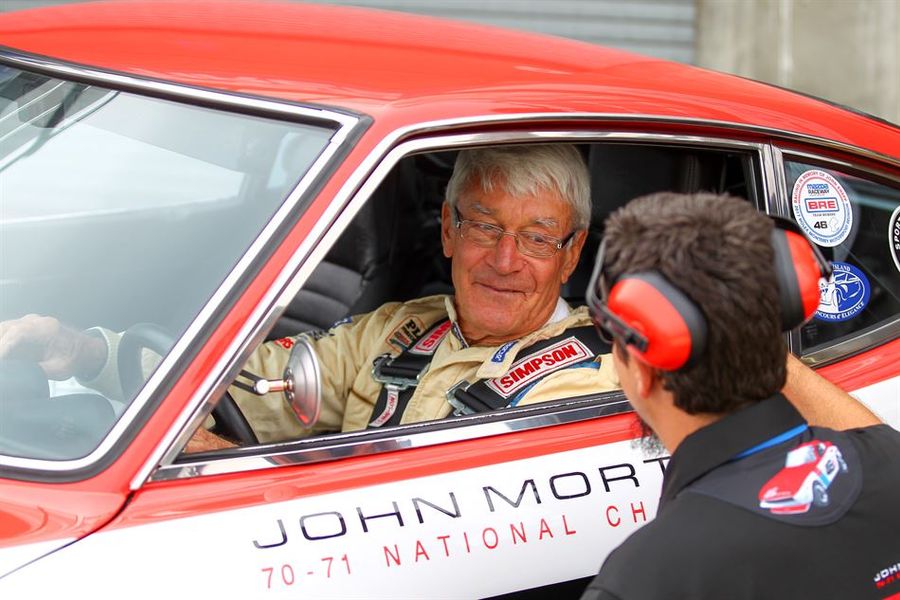 Peter Brock, John Morton and Steve Millen – three legends that sparked Datsun and Nissan racing heritage in America – will share their experiences as guests at the annual Picnic in the Paddock on Saturday, August 25. Afterwards, Sir Jackie Stewart and Chris Cord will join the panel to remember racing legend Dan Gurney followed by a vocal tribute from Donald Osborne. The stage presentation is traditionally a fan favorite of the Rolex Monterey Motorsports Reunion, which will be held August 23-26 at WeatherTech Raceway Laguna Seca.

Meet the Nissan Legends will be hosted by motorsports historian Murray Smith, who will assuredly bring out some of the best stories about the formative years of Datsun and Nissan racing.

John Morton is widely known as one of the most prominent drivers from the Datsun BRE championship-winning years. Morton was named 1971 California Sports Car Club’s Driver of the Year, as well as Datsun Race Driver of the Year. He had driven the 2000 Roadster, the 240Z and the 510 as he captured the unofficial driver’s crown in the SCCA’s Two-Five Challenge series two consecutive years in 1971 and 1972. Morton is still an active racer, as evidenced by competing in three different groups (12 races) at the Rolex Monterey Motorsports Reunion.

Steve Millen will be racing his 1990 Nissan 300ZX at the Rolex Monterey Motorsports Reunion that captured first overall win at the Sebring 12 Hours with co-drivers Johnny O’Connell and John Morton, and the GTS class win at the 1994 24 Hours of Le Mans. He was the 1990 24 Hours of Le Mans Rookie of the Year, the same year that he won three races and took five pole positions, followed by capturing seven poles and five wins in 1991. In 1992, Millen won the IMSA GTS championship in a Nissan 300ZX Twin Turbo. The next year, he won the 12 Hours of Sebring and had top five finishes in the first four events. Millen returned in 1994, and won the IMSA GTS Championship, the 1994 24 Hours of Daytona, 12 Hours of Sebring, and was first in class at the 24 Hours of Le Mans.

Remembering Dan Gurney will also be hosted by Smith who will be joined by Sir Jackie Stewart and Chris Cord sharing stories about the late American racing legend followed by a special tribute from Donald Osborne.

Stewart is a three-time Formula One World Champion (1969, 1971, 1973) who developed a close friendship with Gurney based upon mutual respect when they both raced at the highest level of motorsports. During the 1967 Belgian Grand Prix where Gurney scored his only Formula One victory in which he was driving a car he had constructed, Stewart finished second.

Cord was an unlikely champion before he secured the IMSA GTO Driver's Championship in 1987 driving for Gurney's All American Racers team. Cord was 47-year-old investment broker who didn't start driving race cars until he was 35. In a turbocharged Toyota Celica, he helped deliver Gurney his first series championship since retiring from driving in 1970.

Gurney, who passed away this January at age 86, achieved success at the highest levels of motorsports as a driver, race car constructor, and team owner. Gurney won races in Formula One, IndyCar, NASCAR, Can-Am, and Trans-Am. He is one of only three drivers to have won races in sports cars, Formula One, NASCAR, and IndyCar – Mario Andretti and Juan Pablo Montoya are the others. He is responsible for countless innovations ranging from performance (developing “the Gurney flap” and other aerodynamic enhancements) to safety (he was the first Grand Prix racer to wear a full-face helmet) to celebrations (he started the iconic spraying of champagne on the podium after winning the 1967 24 Hours of Le Mans).

Gurney was instrumental in the careers of many others as the team owner of All American Racers which built 157 cars wheeled by 66 different drivers in 35 years of competition capturing 78 victories, 83 pole positions and eight championships. In 2010, many of those cars were brought together at WeatherTech Raceway Laguna Seca when a tribute to Gurney was orchestrated at the Rolex Monterey Motorsports Reunion in favor of having a tradition featured marque.

The Picnic in the Paddock begins at 1:10 p.m. on the Paddock Stage presented by Audi outside the Rolex Drivers Club at Turn 3 and provides a rare opportunity for fans to bring their lunch, listen to stories, and ask questions. Past illustrious guests have included Moss, Gurney, Sir Jackie Stewart, Bob Bondurant, Bobby Unser, Martin Brundle, Bob Tullius, Scott Pruett, Tommy Milner, David Hobbs and Tom Kristensen.

There will be 550 historic race cars in the 15 race groups that will swell the paddock with rolling automotive history. Each car has been evaluated for its authenticity, race provenance, and documentation that it is period and mechanically correct from when it originally ran. From early pre-war cars to the ground-pounding Can-Am and high revving historic Formula One cars, visitors’ senses will be fully rewarded.