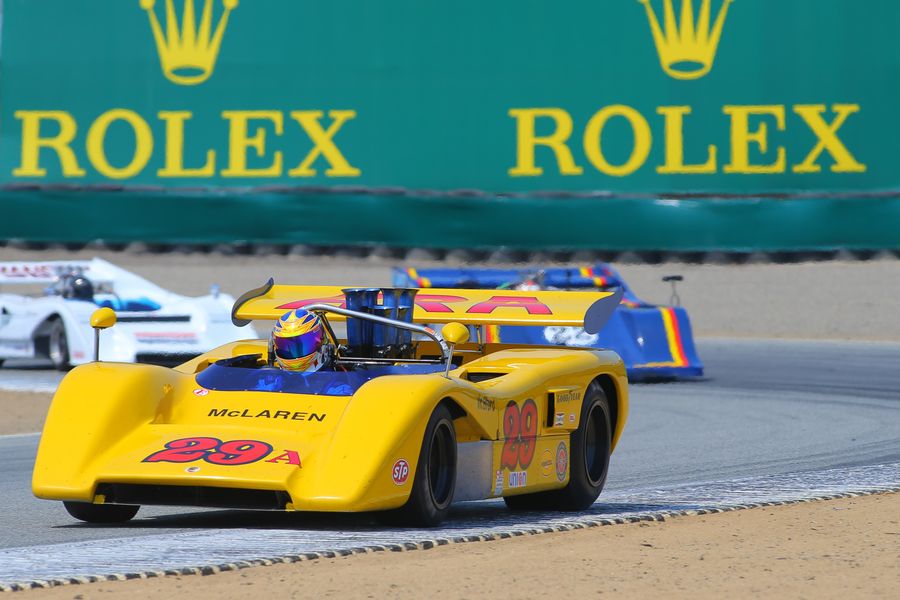 The experience level of the Rolex Monterey Motorsports Reunion Selection Committee has grown to a new level as five specialists have joined the now 11-person committee. Their expertise will be put to the test as members research and evaluate entry requests to ensure that every car meets the high level of provenance, authenticity and period correctness to the day it originally was raced that is demanded in order to be accepted.

Their wide individual knowledge base is arguably the deepest for an event anywhere in the world, and when the final entry requests are received, applicants will know an international team of historic and classic car authorities are behind the scenes evaluating their race car.

The Rolex Monterey Motorsports Reunion will be held Aug. 13-16 at Monterey County’s WeatherTech Raceway Laguna Seca and is one of the cornerstones of the Monterey Classic Car Week, which kicks off with the Monterey Pre-Reunion Aug. 8 and 9, that attracts visitors from around the world.

Paul Duchene (existing member) – For more than 40 years, he has been writing about classic cars for major newspapers and magazines and was executive editor of Sports Car Market magazine. He has also been announcing the races for the past 10 years.

Scott George (new member) – Scott is the curator for Miles Collier Collections, and vice president of the Revs Institute, a not-for-profit 501(c)(3) organization dedicated to Preserving the Future of the Past. He oversees the meticulous care, preservation and restoration of some of the most historically important automobiles and race cars in the world.

John Lamm (existing member) – Author and journalist for many magazines like Road & Track and Car and Driver, he has spent his career researching and writing about cars. He has attended every historic race in Monterey since its inception in 1974.

Patrick Long (new member) – Longtime factory Porsche race car driver, he has competed around the globe winning at Le Mans, Daytona and Sebring, and is a regular at the Rolex Reunion across multiple classes. He was on the last two Porsche Rennsport Reunion selection committees and is dedicated to maintaining high driving standards for historic racers.

Chris MacAllister (new member) – He has competed in the Historic/Reunion event since the early ‘90s, drives historic Formula 1 internationally and has served as a group steward at prior Rolex Monterey Motorsport Reunions. He also is on the Board of Directors of the Indianapolis Motor Speedway Museum.

Mark Osborne (new member) – A frequent participant racing in Monterey and Goodwood, he is Global Director of Motorsport for Bonhams, where he oversees vetting each car’s heritage.

Andy Prill (existing member) – One of England’s most respected Porsche authorities and restorers, he is owner of Prill Porsche Classic. A qualified mechanical engineer, he annually races in Monterey, Goodwood and across the globe.

Darius Sadeghi (new member) – An avid car enthusiast, he is responsible for committee oversight and is a staunch advocate for ensuring authenticity and correctness of each entered race car.

Murray Smith (existing member) – Historic racing expert and a voice for accuracy and authenticity for competing cars, Murray has been involved in the Rolex Reunion for many years. He also is the organizer of the Historic Festival at Lime Rock Park, which is entering its 38th year.

Cris Vandagriff (existing member) – Head of the event’s scrutineering team, he owns HMSA (Historic Motor Sports Association) and runs historic racing events in the U.S. and Canada. Having been involved in racing his entire life, he is a highly-respected resource to ensure the car is prepared to the most period-correct manner.

Bill Warner (existing member) – An award-winning author and photojournalist, he is the founder of the acclaimed Amelia Island Concours d’Elegance. Bill is a regular competitor in historic racing and was co-chairman with Dr. Wolfgang Porsche at the 2018 Porsche Rennsport Reunion.

This year features some of the most popular groups for visitors. The throaty historic Can-Am and Trans-Am cars return to one of the original tracks where they once raced for championships. In all, there are 14 groups that span nearly every decade of motorsports history.

Entry requests are being accepted through Feb. 22 on the Rolex Reunion event page at WeatherTechRaceway.com. Historically, nearly 1,000 entry requests are received for the internationally-renowned event.