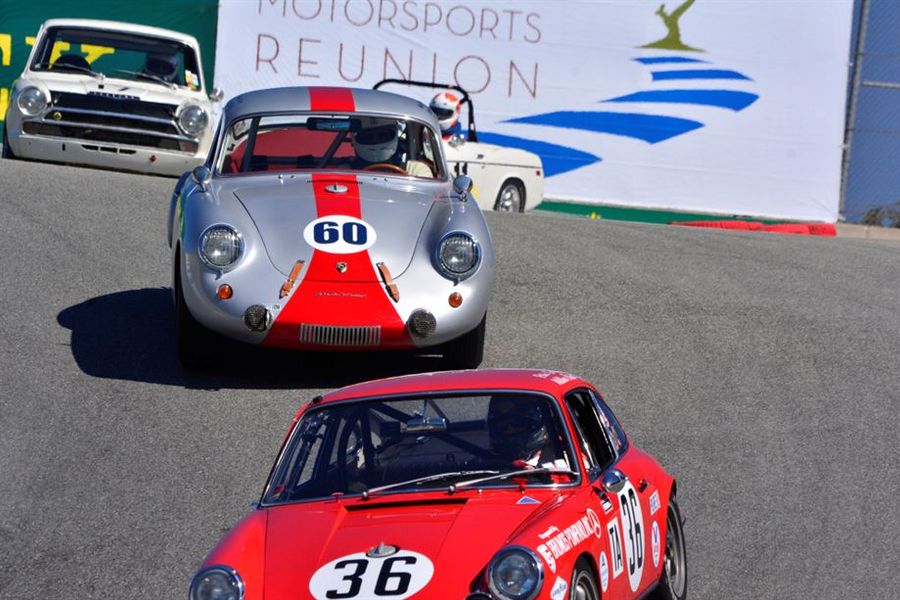 Entries for the 2015 Rolex Monterey Motorsports Reunion, scheduled for August 13th to the 16th at the Mazda Racecway Laguna Seca in California, the organisers inviting entries from the US and internationally from which they will select the 550 cars that will contest the event. Open to the end of January, also announced are the 14-categories of car elegible for the reunion, covering some of the most exciting eras of historic motorsport.

Categories eligible for the 2015 Rolex Monterey Motorsports Reunion are:

Entries opening will also coincide with the announcement of the featured marque for 2015, which was Corvette in 2013 and Maserati at this year’s event.

Gill Campbell, CEO/general manager of Mazda Raceway Laguna Seca, says, “Motor racing history will fill the paddock through remarkable cars that bear historical significance,” said Gill Campbell, CEO and general manager of the circuit. “It is a time-consuming process for the Governing Committee to evaluate each application and then narrow the invitations down to 550 amazing cars.”

When the on-line entry process commences in November drivers can also apply for entry to the  Monterey Pre-Reunion, held the weekend prior on August 8 and 9 which wil feature: