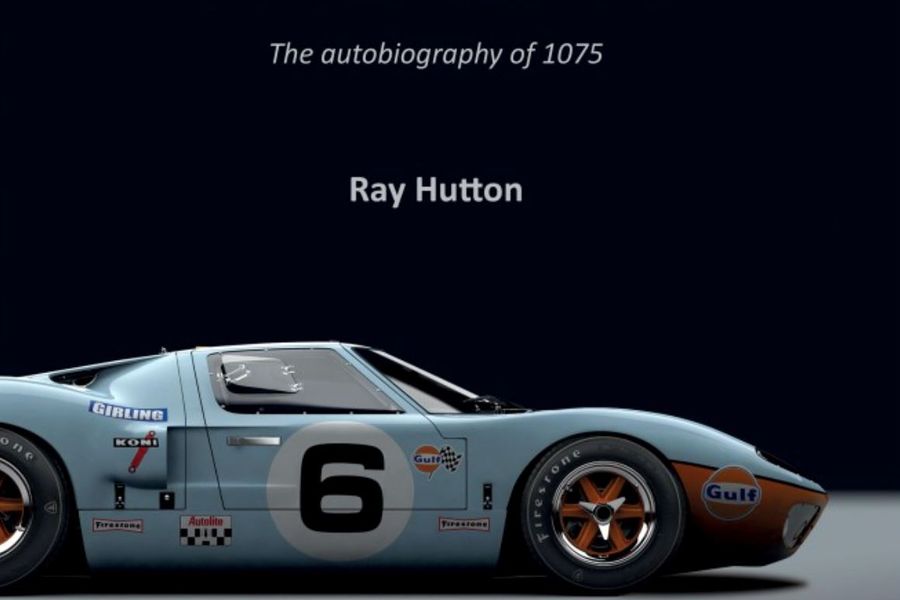 The latest book in the ‘Great Cars’ series tells the story of the Gulf-liveried  Ford GT40 that won the Le Mans 24 Hours in 1968 and again in 1969 for the JWA team. The second victory at la Sarthe came after one of the closest-fought battles in the race’s history, with Jacky Ickx bringing the car home just clear of the Porsche of Hans Herrmann.
There were also championship wins for this car, chassis number 1075, at Brands Hatch and Spa in Europe, and at Watkins Glen and Sebring in the USA. In two short but glorious years, ‘1075’ was raced by drivers such as Jacky Ickx, Pedro Rodriguez and Brian Redman.
Over the course of 320 pages - illustrated with nearly 300 period images, plus exclusively commissioned studio photography - the car’s entire competition career is brought back to life. Author Ray Hutton, long-time editor of Autocar magazine, witnessed ‘1075’ race in period and knew JWA team manager John Wyer and many of the GT40 drivers personally.
Highlights from 1075’s race history include:
- Early in 1968, after non-finishes at Daytona and Sebring, Jacky Ickx and Brian Redman overcame Porsche’s challenge to win the six-hour BOAC 500 at Brands Hatch.
- In torrential rain at the Spa 1,000Km in Belgium, Ickx demonstrated his wet-weather mastery on his home circuit to take a second victory for 1075, ably supported by Redman.
- Back in the USA, Ickx and fellow Belgian Lucien Bianchi scored a third win at Watkins Glen amid controversy about team orders.
- With Ickx sidelined by injury, Mexican ace Pedro Rodriguez joined Bianchi in the car at Le Mans in 1968. They won comfortably after Porsche’s four-car works challenge collapsed.
- A return to the Sebring 12 Hours, the second of three outings in 1969, brought unexpected success for Ickx and Jackie Oliver against formidable new opposition from Porsche, Alfa Romeo and Ferrari.
- Ickx and Oliver teamed-up again at Le Mans in 1969 and once more achieved a surprise victory, this time in a race whose outcome remained uncertain until the last lap.
Published this month by Porter Press, the hardback book has an RRP of £60.00 and is listed under ISBN 978-1-907085-68-0.