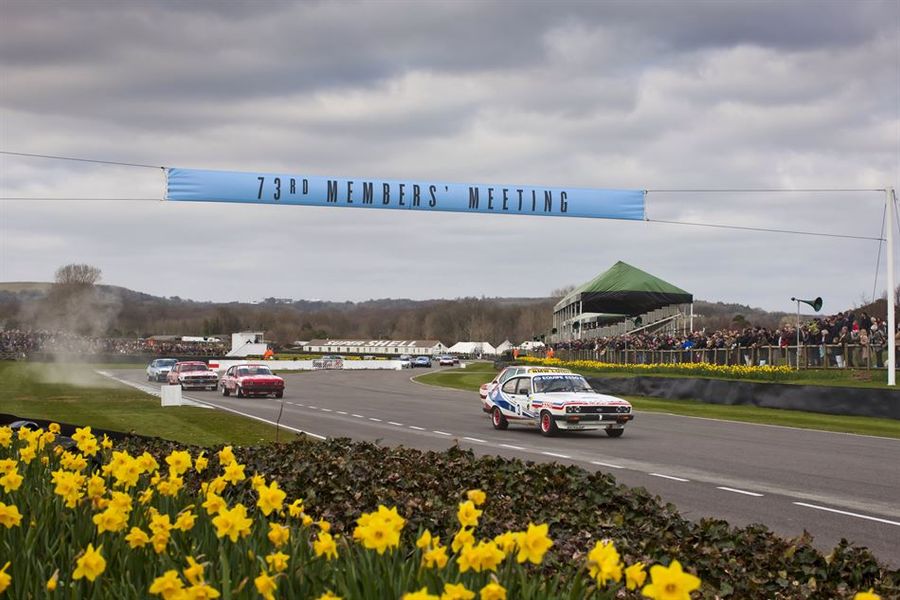 Highlights of the sell-out Goodwood 73rd Members’ Meeting will be broadcast on ITV for the first time in April. The one-hour-long show, which has been produced by Aurora Media, will be broadcast in a prime time slot on ITV4 and will be presented by Amanda Stretton with commentary by David Addison.

The programme will be first broadcast at 21.00 on Thursday 2nd of April, and then repeated on Easter Sunday, 5th April, on the same channel at 1800. There will be a second repeat on 2345 on Easter Monday, April 6th, at 23.34on the main ITV channel.

The race action will be frenetic, with extended highlights of the Gerry Marshall Trophy for Group 1 touring cars that featured tin-top heroes such as Matt Neal, Jason Plato and Andrew Jordan in machinery as diverse as a 5.7-litre Chevrolet Camaro and a Triumph Dolomite Sprint. Highlights of the Bruce McLaren Trophy for early Can-Am sports prototypes – the fastest cars to race during the Members’ Meeting weekend – and the Derek Bell Cup for ‘screamer’ Formula 3 single-seaters – which resulted in a photo finish for victory – will also be shown.

The incredible IWC shoot-out that pitched World Endurance Champion Anthony Davidson in a modern Mercedes Formula 1 car against a brand new AMG GT and the classic ‘Red Pig’ AMG 300 SEL will feature, as will footage from the McLaren F1 GTR and high-airbox F1 high-speed demonstrations. There will also be insight into the restoration of the ex-Les Leston ‘DAD10’ Lotus Elite that took part in the race that bears his name, an interview with Mini master Nick Swift on his giant-killing antics in his tiny 1275 GT and a tug-of-war between BTCC drivers past and present for bragging rights ahead of the new season.