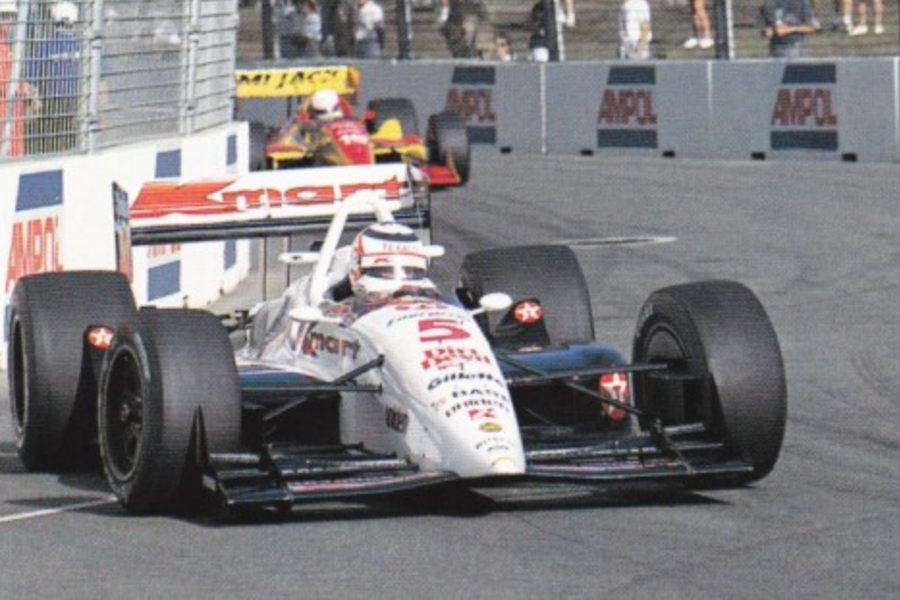 The 2019 Indycar season kicks off at St Petersburg in Florida this weekend, but 26-years ago it was an Australian start to the season and all eyes were on the highest-profile rookie in the field, reigning Formula One champion Nigel Mansell. The Briton was driving for the front-running Newman/Haas team, with US legend Mario Andretti as team-mate, and his presence in Surfer’s Paradise saw an unprecedented world-wide interest in the season-starter – the number of press and media present only surpassed by those at Indianapolis later in the year.

Despite a dominant 1992 Formula One season in the Williams FW14B, Mansell had been in protracted discussions with the team abut a new contract, complicated by the announcement of Alain Prost as a Williams driver for 1993. Things got more complex when Ayrton Senna made an offer to drive for Williams essentially for free, something Prost was unlikely ever to agree to, but Mansell decided before season end that his future lie elsewhere.

On race morning at the Italian Grand Prix in September, Mansell called a press conference and, despite Williams making a last-minute effort to convince him to stay (apparently agreeing to everything he had asked for), he told the expectant press that his time in Formula One was up. This was the start of a trend in the 1990s of Williams having a driver who would win the title then not race for them the next year.

Mansell had already had a meeting with Carl Haas, and shortly after Monza agreed to race in Indycar for 1993, and within weeks of the end of the Formula One season had a test in one of the team’s Lola-Fords. Compared to the complex FW14B with its active systems, the Indycar was 50% heavier, had traditional suspension, less downforce, an actual gear stick in the cockpit and steel brakes, but everyone was expecting the champion to get up to speed in the first few races of the season.

In true Mansell style that was not what happened. His debut at the Queensland street circuit of Surfer’s Paradise, saw over 800 media accredited (a record for the event) and over 220,000 tickets sold across the whole meeting, and he did not disappoint, announcing his arrival with a record-breaking pole lap in his Lola T93/00-Ford. The new rookie was not only on the pace right away but also the driver setting it.

The race saw Mansell making his first rolling start, and he got out-played by the series regulars, falling behind Emerson Fittipaldi, only to take the lead back with a partially locked up dive down the inside (see video below). He was hit with a penalty when that move was adjudged to have taken place under yellow flags that dropped him back to fourth, but worked his way back to the front to win by five seconds – the first Indycar rookie to win on debut since Graham Hill won at Indianapolis 500 in 1966.

While Mansell may have been expected to be more at home on a road course such as Surfer’s Paradise, a key part of the Indycar series were the oval races, and he had a sharp initiation into how they can bite when he slammed into the wall in practice at Phoenix two weeks later. He confounded any doubters with an oval win at Milwaukee in early June, then took three more oval wins on his way to winning the title with a race still to go.

The story would have been complete had Mansell won the Indianapolis 500, and he had been leading late into the race, only to lose out on the restart after a full course yellow, the reasons for which Mansell long held his suspicions over, coming home third.

It was a rookie season by admittedly an unusual rookie, and one that would be hard to surpass – although it would be fun to see fellow Formula One World Champion Fernando Alonso try should he commit to a full Indycar season in 2020!