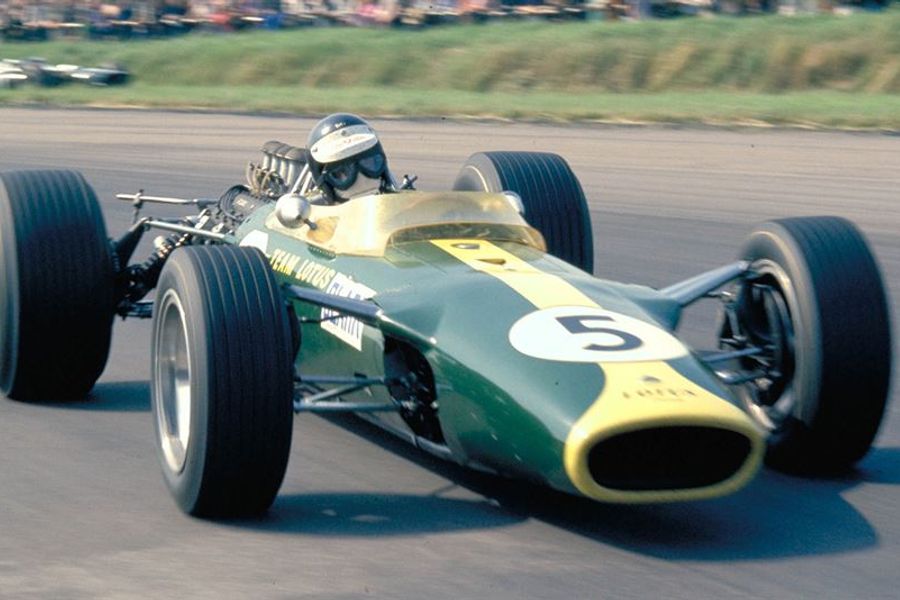 The Scottish Borders Council has today announced that funding from the Heritage Lottery Fund will be going towards the new Jim Clark Museum in Duns, in the Scottish Borders. The Development funding award of £53,000 will be followed by a second stage application for £645,000 from the Council to the Heritage Lottery Fund. The Council has already committed £620,000 towards a new £1.6m museum celebrating the life and inspiration of the double Formula One World Champion, to open in 2018.
The Heritage Lottery Fund award has been made to Scottish Borders Council, who is leading on the capital phase of the project, to develop the scheme in partnership with the Jim Clark Trust and Jim Clark Memorial Room Trust. To support with the announcement a fund raising campaign was launched by the Jim Clark Trust to help raise £300,000 and a request for donations of memorabilia to the charity via their website www.jimclarktrust.com and www.justgiving.com/jimclarktrust.
Commenting on the announcement from Melbourne, Australia, at the start of the new Formula One season Sir Jackie Stewart, Hon. President of The Jim Clark Trust, said: “This is wonderful news. Jim Clark was a wonderful ambassador for sport and indeed for Scotland; it’s only right that there is a facility created in his honour which will justify all of the success and achievements of this great Scot”.
The news was welcomed by Patrons of the Trust including David Coulthard, Allan McNish, Dario Franchitti and Clive Chapman (son of Lotus founder Colin Chapman) endorsing plans for the museum which will focus heritage, education and inspiration.
“This is really brilliant news for the current Jim Clark Room and is just reward for all the hard work from those involved with The Jim Clark Trust,” said Franchitti. “The expansion and renovation of the Jim Clark Room in to an expanded new museum will allow Jim's story to be told to a wider audience and continue to give him the recognition he so deserves."
Doug Niven, cousin of Jim Clark and a Family Trustee said: “I am delighted with the support of the Heritage Lottery Fund. This is a hugely important milestone for the project which has been under starter’s orders since 2013. The award is a great encouragement for all those involved in the project who I would like to personally thank for their support and in particular Scottish Borders Council and the Duns community.
“Our attention must now turn to the challenge of fund raising and expanding the museum collection and we welcome the support of the general public and motor sport enthusiasts. The plans have received national and international interest, from US, Europe and Australia. We have a rare opportunity now to create something very special in Duns, a museum that features the cars in which he raced, attracting thousands of visitors from far and wide. Even to this day, at the start of a new Formula 1 season, Jim is remembered with great affection around the world as one of the greatest motor racing drivers of all time.”
Lucy Casot, Head of the Heritage Lottery Fund in Scotland, said: “We are delighted that, thanks to players of the National Lottery, we are able to give our initial approval to the development of this fascinating museum. A display of historic racing cars associated with one of motor racing’s greats is certain to attract new visitors to Duns and the Borders. We look forward to seeing the plans develop.”
The Scottish Borders Council Heritage Lottery Fund Jim Clark Museum in Duns