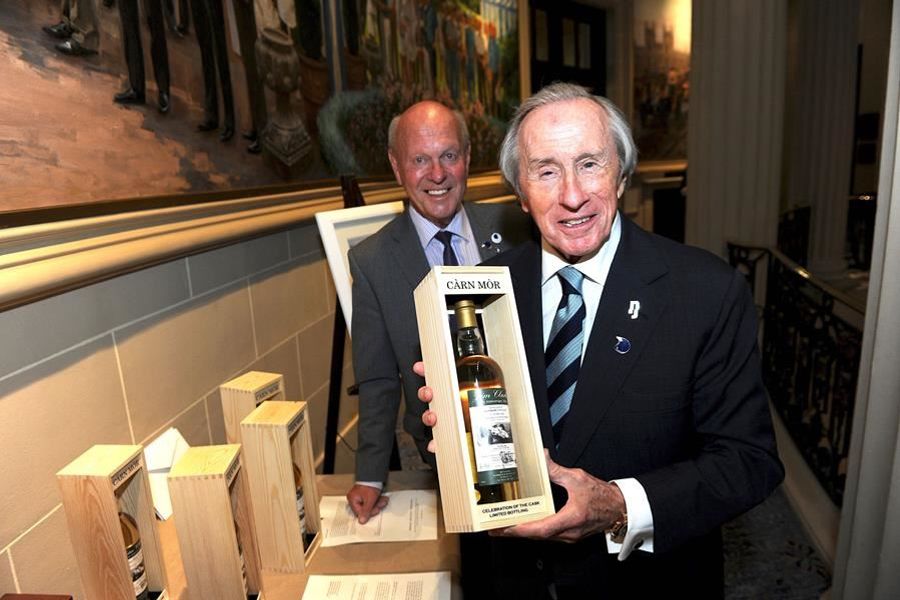 The special edition 50th Anniversary whisky will be launched at the Goodwood Festival of Speed next week to celebrate the Trust being the Official Charity of the event. The Trust is also offering supporters first option to place orders in advance of Festival of Speed on a 'first-come first-served' basis.

The special edition single cask of 11 years old single malt whisky was selected for the occasion from Aultmore Distillery, Speyside, Scotland, by whisky specialists Morrison & MacKay in partnership with Simpsons Malt to celebrate the incredible achievements of one of Scotland’s and motorsport's greatest-ever sporting heroes.

There will only ever be 400 bottles of this special whisky available to Jim Clark fans and whisky collectors, with proceeds benefiting the Trust and supporting the plans for the new Jim Clark Museum. The first five bottles numbered 1, 25, 50, 63 and 65 were auctioned at the RAC Club, Pall Mall, in May during the Jim Clark 50th Anniversary Dinner with RAC Chairman Tom Purves and Sir Jackie Stewart.

All enquiries should be directed to Villeneuve Wines, email: wines@villeneuvewines.com