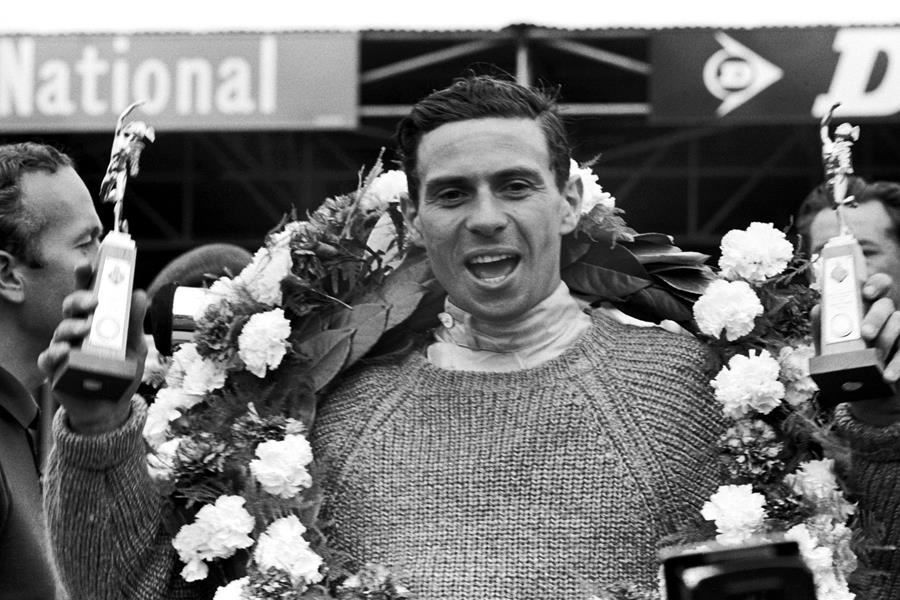 A successful crowdfunding campaign for has raised more than £250,000 and unlocked the next stage of plans for the new Jim Clark Museum in Duns. Over the past six weeks 739 people pledged their backing for the project online and made donations ranging from £1 to £10,000 - raising £100,316 in total.
At the same time, the publicity generated by the campaign led to further donations made by private individuals totalling another £100,000, and confirmation was received of a further £75,000 in grants from other charitable Trusts and Foundations.
While the total was just shy of the £300,000 required to fully fund the facility dedicated to the memory of the late, great racing driver, the Jim Clark Trust and Scottish Borders Council will now proceed with submitting a stage two application to the Heritage Lottery Fund for £645,000 towards the £1.6m total needed while fundraising continues.
The current plans will redevelop the existing Jim Clark Room in Duns, Scottish Borders, into a modern museum with space to display new memorabilia and two of Jim Clark’s race cars. Features will include new image galleries, film footage, interactive displays and a technology and education zone. Exhibiting the cars in which Jim Clark raced will be the star attraction for the new museum, which is expected to generate significant economic and tourism benefits to the Scottish Borders and Duns community by attracting thousands of visitors each year.
Aspirations for the project include a classic car restoration programme, support for technology skills apprenticeships and a Jim Clark driving tourist trail through the scenic countryside of the Scottish Borders including historic venues such as the old race circuit at Charterhall, local market towns and Jim Clark’s grave at Chirnside Church.
Doug Niven, cousin of Jim Clark and a Family Trustee said: "It’s been heartwarming to see hundreds of people from countries around the world backing this project, and their support over the past couple of months has been vital in ensuring the plans for the museum stayed on track.
“We still need to raise more money to ensure we reach the required £300,000 required, we’ll be working hard in the months ahead to make it happen and people can still donate if they so choose via the Jim Clark Trust website.
“If this target is reached successfully and with popular support, the Trust’s ambition is to then consider a further £300,000 for an extension to the rear of the building to display up to 10 cars or more for a wider celebration of Scottish motor sport. It’s an ambitious target, but we believe we can do it if both local people and the wider motorsport community continue to get behind the project in the wonderful way they have done to date and the long-term benefits for the region will be significant.”
Tracey Logan, Chief Executive of Scottish Borders Council, said: “We are delighted with the progress the Jim Clark Trust has made towards raising the additional funds to support this partnership project, and welcome the support of so many people and organisations across the globe.
“The Council has committed £620,000 towards the redevelopment of the Jim Clark Room, which will create a visitor attraction befitting the legacy and continuing international interest in the life of Jim Clark and we are now finalising a stage two application to the Heritage Lottery Fund. This will be submitted as soon as possible, and we continue to target opening the new museum in 2018, the 50th anniversary of Jim Clark’s tragic death.”