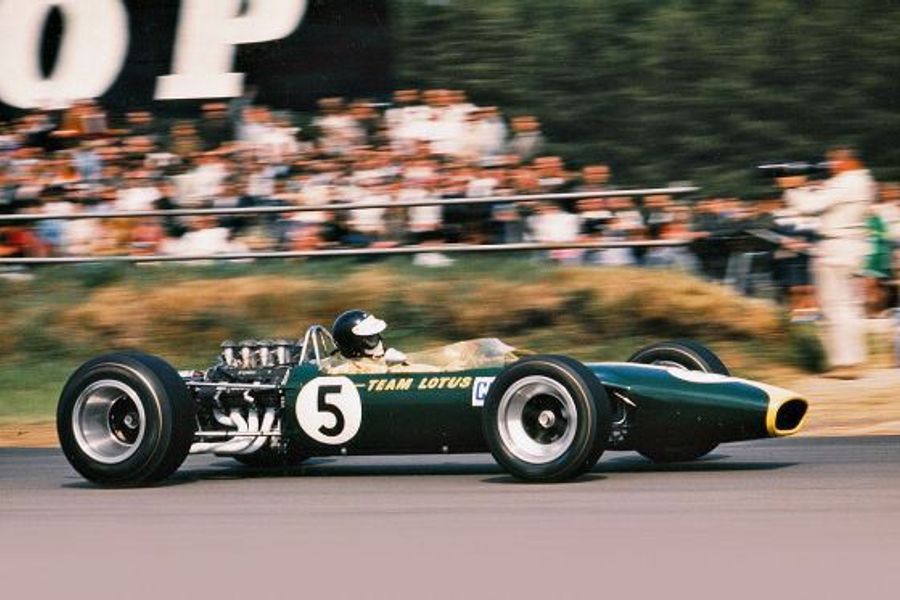 Alongside the unveiling of Jim Clark’s historic 1965 Lotus 33 R11 at Race Retro last weekend was the announcement of a crowd-funding campaign for a new Jim Clark Museum. The Jim Clark Trust will work in partnership with the Scottish Borders Council, and aims to build a new expanded museum in 2018 celebrating his life and legacy 50-years on from the tragedy of 1968 at Hockenheim that stunned the world.
Jim Clark was the benchmark and inspiration for a generation with his skill behind the wheel, and dignified and humble personality away from racing. Widely regarded as one of the greatest motor drivers of all time, he became a national hero and international icon of the 1960’s.
The plans have been made possible thanks to Scottish Borders Council’s commitment of capital funding towards the building design and infrastructure. The Council has pledged £620,000 towards the new £1.6m museum with a further £645,000 support from the Heritage Lottery Fund with Stage 1 Development phase approved and the Stage 2 Delivery build programme pending.
£300,000 is now required to give the green light to the Delivery build phase to redevelop the existing Jim Clark Room in Duns, Scottish Borders, in to a modern museum with space to display new memorabilia and two of Jim Clark’s race cars. The campaign was launched at Race Retro alongside the first public appearance of Clark’s Lotus in 40-years with the potential to display the car, once it has been restored, in the new museum.
The Jim Clark Trust is now seeking support from motor racing fans across the world with a charity fundraising drive for the new museum which allows them to donate to the appeal via Crowdfunder.co.uk at www.crowdfunder.co.uk/jim-clark-museum. The campaign will run for only eight weeks with all pledges having to be submitted by April 21st, 2017 with the aim of reaching the £300,000 target.
If this target is reached successfully and with popular support, the Trust’s ambition is to then consider a further £300,000 for an extension to the rear of the building to display up to 10-cars or more for a wider celebration of Scottish motor sport.
The #jimclarkmuseum project is supported by Honorary President Sir Jackie Stewart OBE and Patrons including Dario Franchitti MBE, David Coulthard MBE, Allan McNish, Lord March and Clive Chapman.
Commenting on the project Sir Jackie said: “Jim Clark was not only the best racing driver I ever raced with and against. He was also a great friend, a wonderful ambassador for motor sport and indeed for Scotland. It is only right that we honour his success and achievements. I am delighted the museum project has reached this crucial stage with the support of the Trust and I would like to thank Scottish Borders Council and Heritage Lottery Funding.
“The foundations of this project are Heritage, Education and Inspiration bought to life through the story of Jimmy’s incredible career and significant influence on Scottish motor sport. If those values ring true to people around the world, I hope enthusiasts will join me in wishing the fundraising campaign every success.”
“This is a hugely significant milestone for the project which has been under starter’s orders since 2013,” explained Doug Niven, cousin of Jim Clark and a Family Trustee. “Our attention must now turn to the challenge of fundraising and expanding the museum collection. We welcome the support of the general public and motor sport fans, without whom, this project will not be possible.
“To this day Jim is remembered with great affection around the world. The plans have received national and international interest from US, Europe and Australia. We have a rare opportunity now to create something very special in Duns, a museum that features the cars in which he raced, attracting thousands of visitors from far and wide.”
“Jim Clark is arguably the greatest racing driver the world has ever seen, he is a hero to many, myself included,” added Dario Franchitti. “Thanks to the Trust, Scottish Borders Council and Heritage Lottery Fund big steps have been made in making the new museum a reality but this is now at a crucial stage. The museum needs the support of motorsport fans and the general public if this fitting tribute to Jim is to become a reality.”
The current Jim Clark Room opened in 1969 with a unique collection of trophies and memorabilia donated by Jim’s parents James and Helen. The Trust remains under the guidance of the Clark family. Plans for the new museum include expanding the current collection, image galleries, film footage, interactive displays and a technology and education zone. Exhibiting the cars in which he raced will be the star attraction for the new museum and a celebration of Scottish motor sport.
The museum is expected to generate significant economic and tourism benefits to the Scottish Borders and Duns community attracting thousands of visitors. Aspirations for the project include a classic car restoration programme, support for technology skills apprenticeships and a Jim Clark driving tourist trail through the scenic countryside of the Scottish Borders including historic venues such as the old race circuit at Charterhall, local market towns and Jim Clark’s grave at Chirnside Church.
Clark Museum Jim Clark