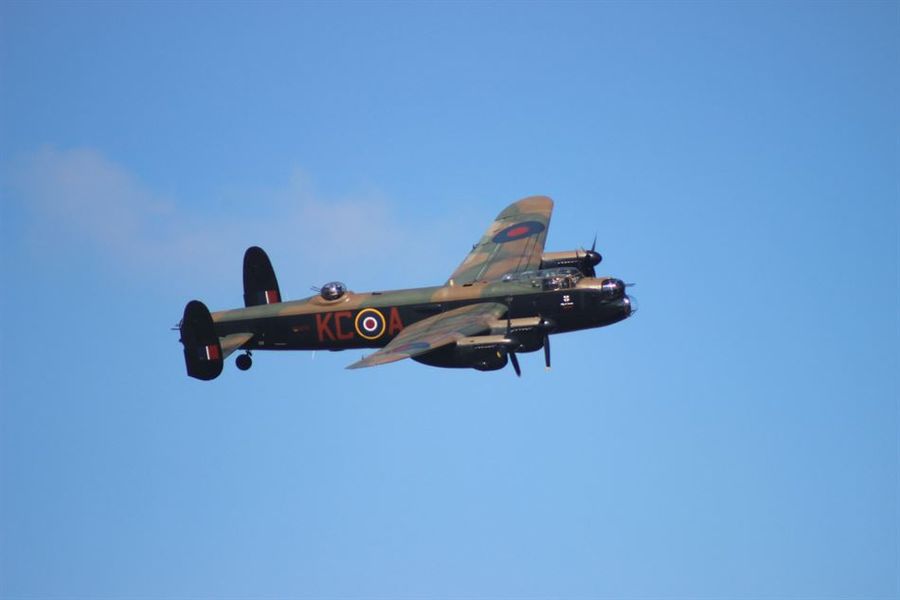 This year’s Croft Nostalgia Festival (5th/6th August) is shaping up to be even more unmissable than ever before, with confirmation that the Avro Lancaster – part of the Battle of Britain Memorial Flight [BBMF] – will dazzle spectators in a display above the circuit. 2017 marks the eighth running of the popular two-day family-friendly extravaganza, which has firmly established itself as a permanent fixture on the north-east’s annual social calendar.
Blending retro racing, classic cars, vintage fashion and music as well as prestigious military vehicles, this summer’s event promises to be the biggest and best yet.
Adding to the captivating 1940s-70s theme is the most famous and successful RAF heavy bomber of World War Two – the Lancaster bomber. First taking to the air in 1941, the Lancaster went on to become a juggernaut of the skies and weather permitting, it will do so again over Croft in August. In its heyday, the Lancaster could carry a maximum bomb load of 22,000lb and run at a maximum level speed with a full load of 275mph at 15,000 feet – both unrivalled statistics.
“Croft Nostalgia Festival has been going from strength-to-strength each year, and 2017 will be no different,” said Mike Scorer from the organising team. “A lot of work has gone on behind-the-scenes to make this happen, and after many applications it is fantastic that we have been successful in ensuring the Lancaster features at the event. It is especially poignant as the Royal Canadian Air Force flew Lancasters from Croft during World War Two.
“The Lancaster is a legend that continues to live on today, and it will be a special moment for everyone trackside to see this iconic machine fill the sky above us.”
Flight times for the Lancaster will be confirmed in due course once the 2017 display calendar has been finalised.
Lancaster Croft Croft Nostalgia Festival