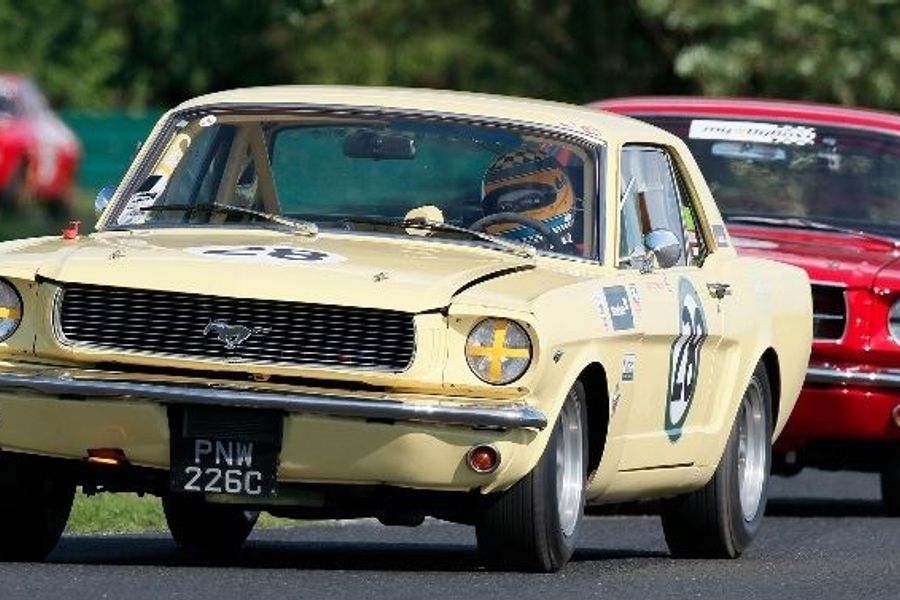 Croft will reach half a century of racing action at its popular annual Nostalgia Weekend (2-3 August) – but it is not just the North East’s premier motor sport facility that will be hitting the 'Big 5-0’ at the retro-flavoured motoring extravaganza. Croft Autodrome staged its inaugural event – the Daily Mirror Trophy Meeting – on 3 August, 1964. Over the intervening 50 years, the much-loved North Yorkshire venue has played host to the likes of motor racing royalty Ayrton Senna, James Hunt, Lewis Hamilton, Jenson Button, Sir Stirling Moss and Dario Franchitti as well as championships of the calibre of the BTCC, British Superbikes and British F3. F3, indeed, will be well-represented at the BARC and HSCC-run Nostalgia Weekend, with the traditional stepping-stone series along the well-trodden path to F1 similarly marking the 50th anniversary of its modern incarnation this year. A grid of Historic F3 machinery from the 1960s will be joined by 500cc F3 cars from a decade earlier as well as a brace of races for the class’ Historic Formula Junior precursor. Amongst the many other Nostalgia Weekend crowd-pullers, Historic Road Sports will feature a 5.7-litre Chevrolet Camaro and a bevy of legendary Lotus’, and the ‘70s Road Sports field includes a 1972 Jaguar E-type, a rare 1978 Lancia Monte Carlo and a beautiful 1971 Alfa Romeo Bertone. Historic Formula Ford, Formula Ford 2000, Classic Clubmans and Guards Trophy add to the entertainment, whilst the Historic Touring Cars class is sure to be one of the undisputed highlights of the event. Star cars will include the Alfa Romeo GTA, Ford Lotus Cortina, Volkswagen Beetle, Hillman Imp, Ford Anglia, Mini Cooper and scene-stealing Ford Mustang. The Blue Oval’s iconic ‘Pony Car’ is another celebrating its golden anniversary in 2014, and at least four of the magnificent all-American muscle cars are due to take to the tarmac at Croft next weekend. It is, asserts circuit manager Mike Cantelo, a spectacle like no other. “Now in its fifth year, Croft’s Nostalgia Weekend continues to go from strength-to-strength, and its on-track drama and diversity are staple elements of what makes the event such a roaring success,” he explained. “We have no fewer than 18 races lined up, showcasing machinery spanning the 1950s, ‘60s and ‘70s – and a mouthwatering array of almost 200 of the most stunning and exotic racing cars ever built. “For lovers of classic cars, the Nostalgia Weekend will be akin to being a kid inside a sweet shop. It promises to be a feast for all the senses – and tremendous value family fun. Don’t miss it!”