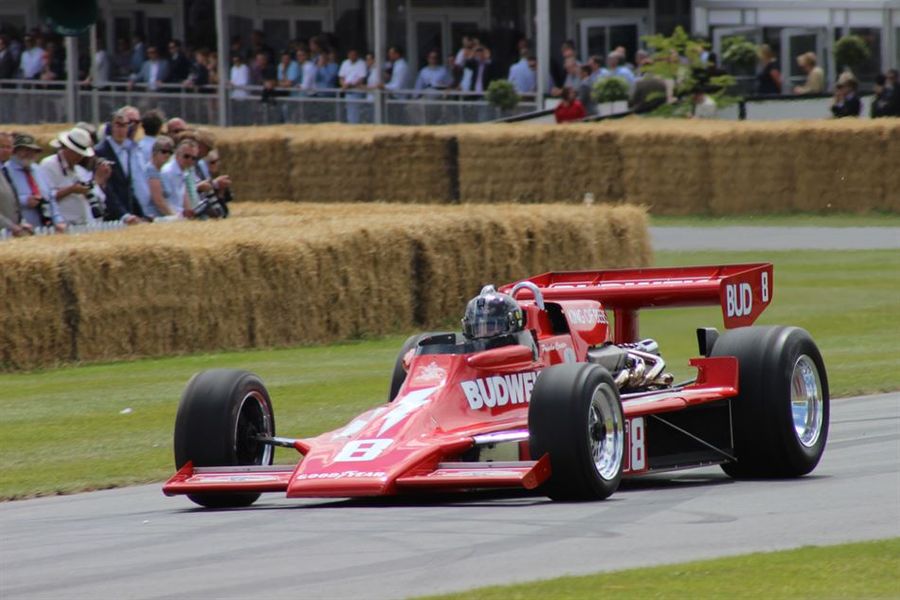 Since its pioneering days, motorsport’s insatiable thirst for increased speed has been underscored by a parallel quest for power and this year’s Goodwood Festival of Speed will feature the racing machines that, more than any others, have pushed the power envelope, and the intrepid pilots who tamed them under the theme ‘Full Throttle - the Endless Pursuit of Power’.
From monstrous aero-engined leviathans to flame-spitting turbo F1 cars, titanic pre-war Silver Arrows to thundering Can-Am monsters, and fearsome two-stroke Grand Prix bikes to brutal Group B rally cars, the 2016 Festival will feature cars and motorcycles which prove beyond doubt that, where power is concerned, bigger really is better.
Alongside this central theme, the 2016 Festival will pay tribute to BMW’s rich motorsport heritage, as the German manufacturer marks its centenary, with an amazing line-up of cars and bikes. Also celebrated will be 50 years since the inaugural Can-Am championship and the first of the GT40’s four Le Mans win, and 40 years since James Hunt’s World Championship victory.
Thursday 23rd June will launch the Festival with Press & Preview Day, when the Moving Motor Show will see many cars revealed by their manufacturers in this country for the first time, giving Press and visitors the rare opportunity to get behind the wheel on a drive up the infamous Goodwood Hillclimb.
Goodwood offer the opportunity for a lucky winner to experience the Rally drive of a lifetime during the Festival, with competition details soon to appear on www.goodwood.com.
Festival of Speed founder Lord March said: “This year’s Festival will see the wildest, fastest, craziest, baddest cars and bikes ever to ascend the Goodwood Hill. Not to mention of course the heroes that tamed those mighty machines. There will be lots of noise, speed, colour and, of course, power. That’s what the Festival of Speed’s all about. I’m really excited about it and hope it will be an absolutely spectacular and memorable weekend.”
Goodwood Festival of Speed ‘Full Throttle - the Endless Pursuit of Power’