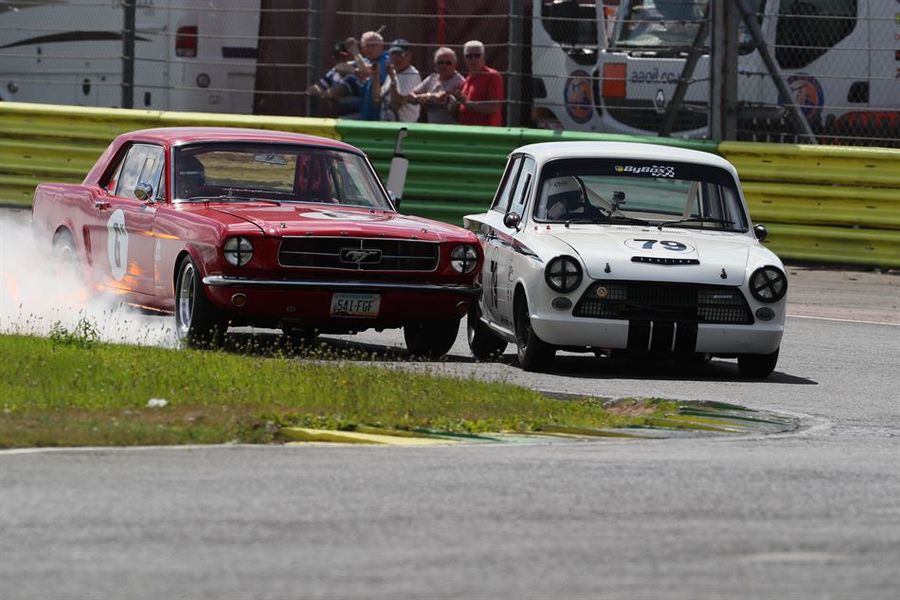 The sounds of Sinatra will reverberate around Croft Circuit next month, as ‘Ol’ Blue Eyes’ takes to the mic’ for the eighth annual edition of the retro-flavoured Croft Nostalgia Festival on 5th and 6th August.
Wholeheartedly embracing its 1940s-1970s theme, Croft Nostalgia Festival is one of the most popular events on the north-eastern social calendar, and the addition this year of ‘Frank Sinatra’ – in the form of sound-alike Jack Randle – will provide yet another compelling reason for visitors to get their groove on.
Ol’ Blue Eyes will be the headline act in the main marquee during the new-for-2017 tea dance from 2-4pm on both Saturday and Sunday afternoon. Meanwhile, the return of vintage harmony duo The Daisy Belles and George Formby impersonator and World War Two ENSA performer Colin Bourdiec – who will reprise his regular compere role – ensures there will be musical magic from dawn ‘til dusk.
Saturday evening will see the party in full swing with Yorkshire-based sextet Jump, Jive & Wail performing for competitors and exhibitors, whilst spectators will have an extra incentive to enter into the spirit of the occasion and don period costume with ‘best-dressed’ prizes on both days.
The Croft Nostalgia Festival entertainment does not stop there, however – far from it. On-track, iconic race cars from yesteryear will relive old duels, with classics from every era packing the paddock and offering visitors the opportunity to swoon over dazzling D-types, fabulous Ferraris and muscular Mustangs.
Military buffs will not be left out either, with evocative World War Two encampments, more than 100 jeeps and tanks, awe-inspiring aircraft engines and breathtaking aerial displays – including the mighty Avro Lancaster Bomber flying over Croft, as it did back in World War Two with the Royal Canadian Air Force.
“Croft Nostalgia Festival is such a wonderfully diverse event, and that is the secret behind its enduring and growing appeal,” said Mike Scorer from the organising team. “Whilst it is renowned for its on-track thrills, the off-track attractions are every bit as much of a draw, and the musical element is an essential part of that.
“Colin Bourdiec, The Daisy Belles and Jump, Jive & Wail have all established themselves as firm Nostalgia Festival favourites in recent editions, and we are tremendously excited to welcome ‘Frank Sinatra’ to Croft for the first time – legends really don’t come much bigger than Ol’ Blue Eyes...