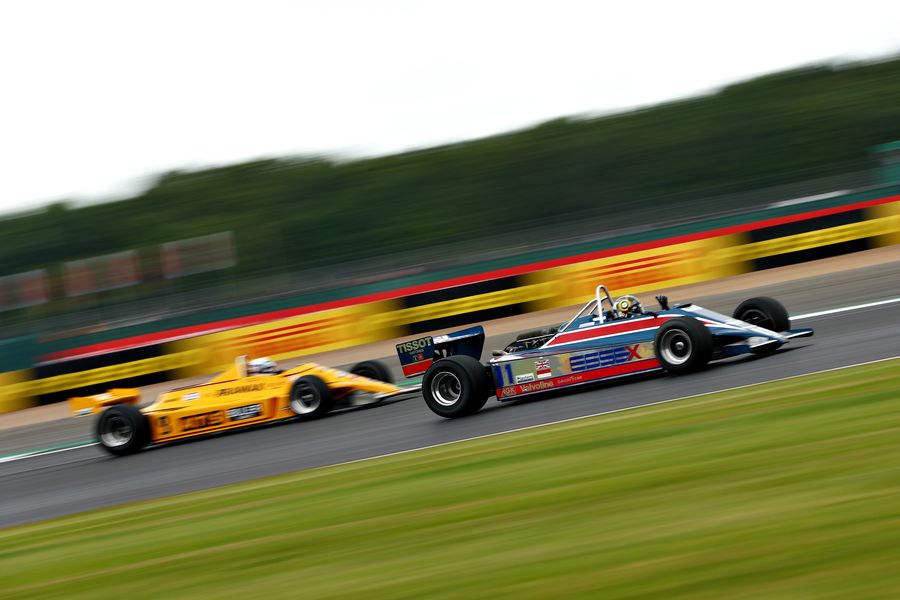 In Saturday’s race one, Katsuaki Kubota claimed a stunning victory during an enthralling race. Practice and qualifying pacesetter, James Davison, led away from pole position but a broken drive shaft in the Lotus 81 forced him to pull to the side of the track after just two laps. That elevated Steve Hartley’s McLaren MP4/1 into the lead but he faced sustained pressure from Lotus 91/7 racer Kubota through the closing stages.

Kubota lit up the timing screens by posting the fastest time on the penultimate lap and when the chequered flag flew, it was the Japanese racer who greeted it first, working his way past Hartley on the last lap of the 25-minute encounter. 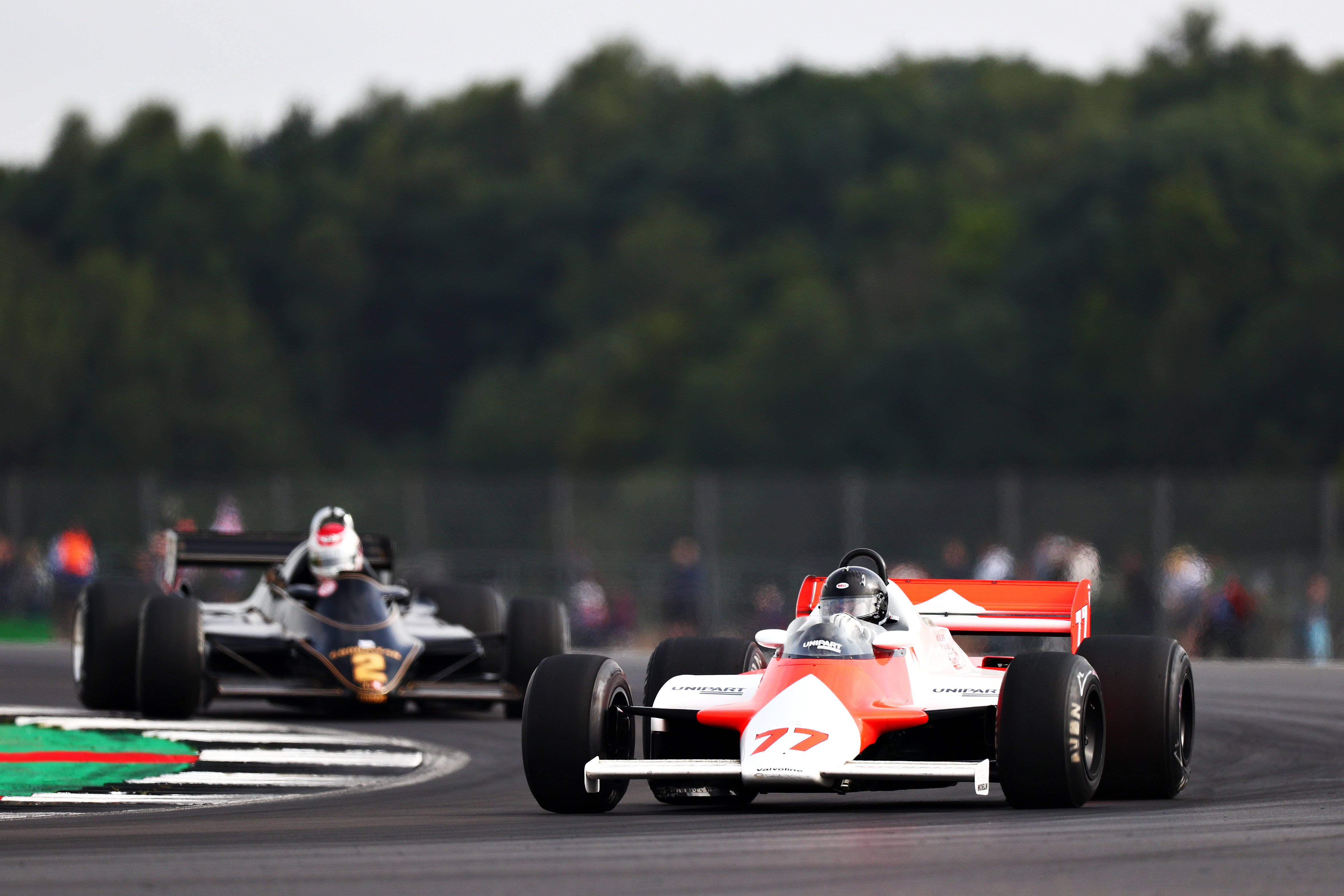 Hartley trailed by just seven-tenths of a second while ex-F1 driver Jean-Denis Deletraz filled the podium places after a stirring drive aboard the ATS D4.

Fourth place was the reward for Jordan Grogor and the Arrows A3 while the Fittipaldi class was led by Henry Fletcher in the March 761. Jamie Constable (Tyrrell 011) and Warren Briggs (McLaren M29) were sixth and seventh respectively, while eighth overall went to sole Lauda class representative Ian Simmonds in the Benetton-liveried Tyrrell 012.

Jonathan Holtzman’s Lotus 87B and Fittipaldi class runner-up Nicky Pastorelli (March 761) were the final drivers to occupy a spot in the top ten.

The Stewart class was won by David Shaw, driving the Eiffelland March 721, after early leader Adrian Newey span, along with Mark Martin (Hesketh 308), bringing out the Safety Car. Newey was able to re-join the action and classified just 1.7 seconds behind his opponent as he took runner-up in class.

In the second race later in the day James Davison completed a remarkable comeback as he rose from 17th on the grid to take victory in the second Masters Historic Formula One race. The reverse-grid encounter, started with practice and qualifying pacesetter Davison down in 17th but he quickly worked his way into the reckoning after just a handful of laps and gained more spots, when early leader Jamie Constable encountered trouble. Constable held a slender advantage, but his race came to a premature end when his Tyrrell 011 found itself in the gravel at the final corner, bringing out the Safety Car.

At the restart, Davison surged into the lead and he combatted a threat from Jean-Denis Deletraz by setting the fastest lap on the last of 11 laps, winning by 3.6 seconds.  Deletraz prevailed in a close three-way battle for second place as his ATS D4 edged Race 1 winner Katsuaki Kubota (Lotus 91/7) by just three-tenths of a second, with Steve Hartley (McLaren MP4/1) a fraction behind in fourth spot.

David Shaw made it two wins out of two in the Stewart division as he beat Red Bull F1 design guru Adrian Newey by 1.5s, the March 721 pilot once again crossing the line clear of the Lotus 49.

Sole Lauda class entrant Ian Simmonds ran competitively early on but his race came to a halt during the closing stages as he stopped on track in the final sector.

An action-packed, thrilling weekend for Masters that wowed the crowds with sounds and sights of the past, adding to the nail-biting entertainment of what turned out to be an exciting, modern day Formula 1 Rolex British Grand Prix!

The Masters Historic Formula One cars will be on the GP Circuit again, along with five other Masters grids, at the Silverstone Classic in just a few days' time.  Get ready for some rocking and racing, July 26th/28th! 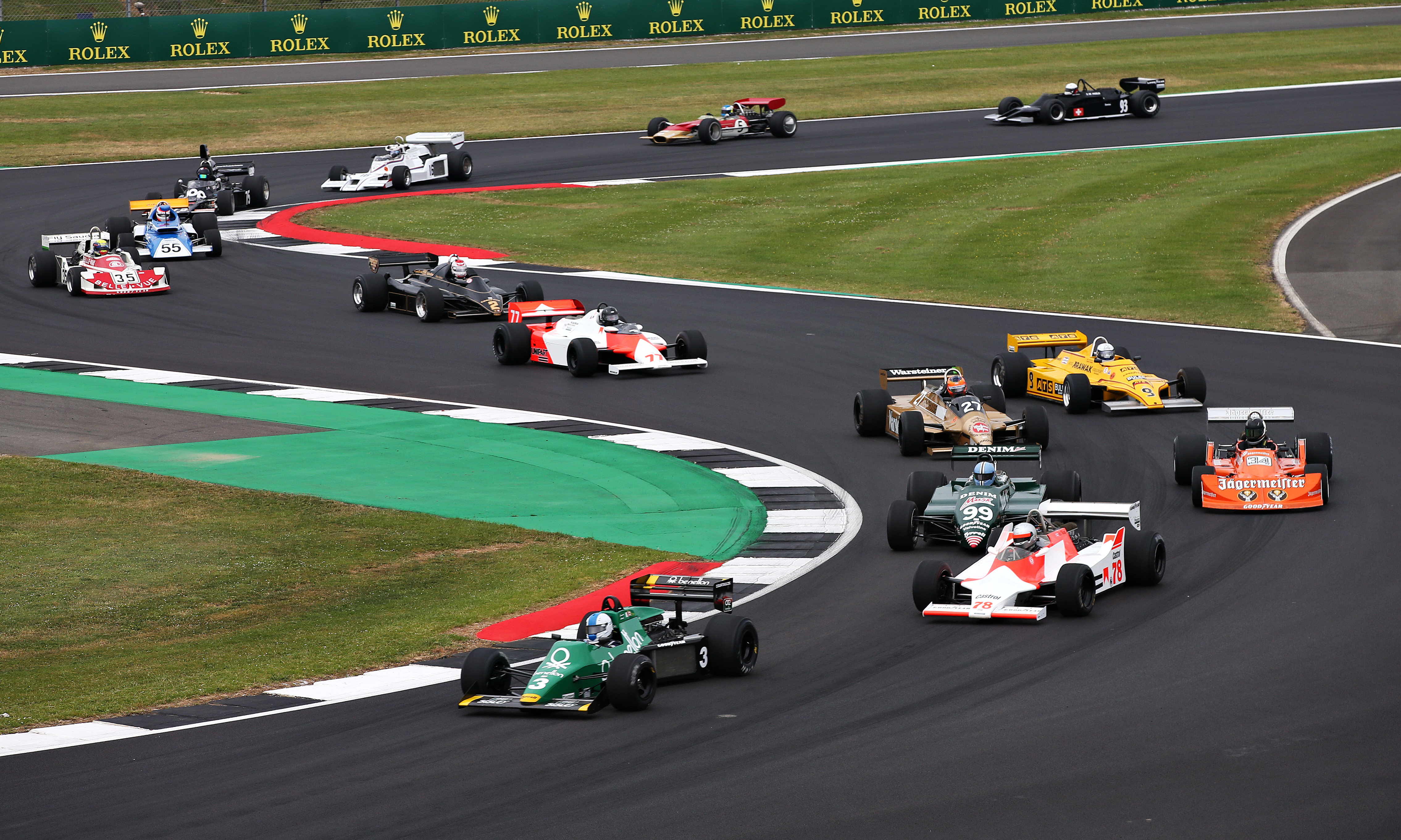