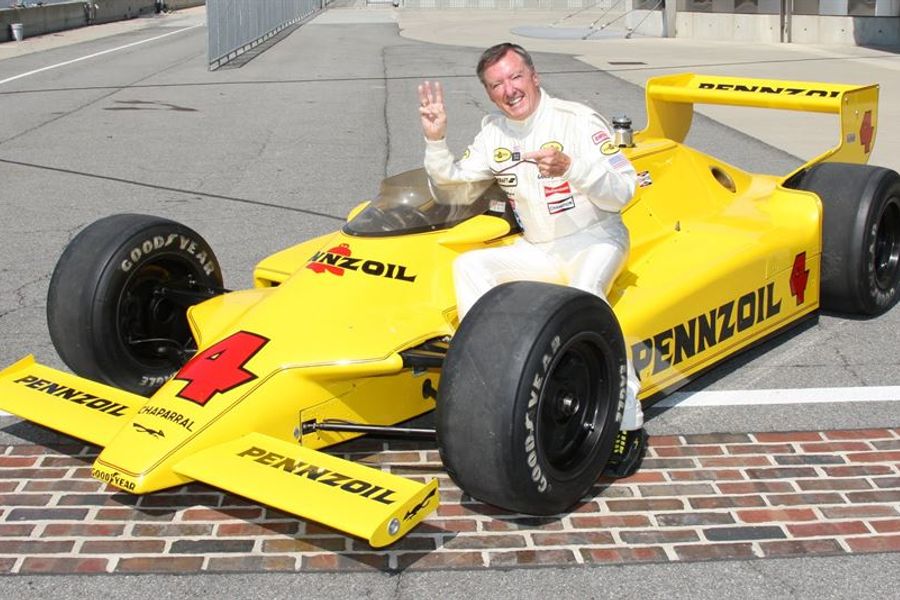 The Sportscar Vintage Racing Association (SVRA) have this week announced that three-time Indianapolis 500 winner Johnny Rutherford has accepted the role of Grand Marshal for the U.S. Vintage Racing National Championships for the golden Bell Racing National Champions Helmet trophy at Circuit of the Americas (COTA) November 2nd-5th.
Rutherford is the latest in a long list of Indianapolis 500 winners and Indy car champions to embrace SVRA.
“All of us at SVRA are honored to have Johnny, who I regard as one of the greatest open wheel drivers ever to put on a helmet, finally join us for a race meet,” said SVRA CEO Tony Parella. “Given his stature here in Texas, and the importance of our national championships, I think serving in an official role at COTA is just about perfect.”
“Tony and I have been talking on and off for probably three years about me attending an SVRA event in some capacity but, for a variety of circumstances, we could never get our schedules aligned,” said Rutherford. “I’m really looking forward to mingling with fans, the SVRA drivers and owners, and just seeing all the great cars. I can tell from pictures and video it’s a humdinger of a show.”
Rutherford’s career spanned 35 years, beginning in 1959 when he raced modified stock cars, and included Indianapolis 500 victories in 1974, ’76, and ’80. The 1980 triumph helped propel him to the Indy car championship that year. He won a total of 28 Indy car races during a storied career that also included three pole positions for the Indy 500 (1973, ’76, and ’80). Other career highlights include winning the 1965 United States Auto Club (USAC) sprint car championship and the 1963 Daytona 500 qualifying race for Smokey Yunick – back when the contest awarded championship points. He competed in 35 NASCAR races from 1963 to 1988 and was invited to the International Race of Champions (IROC) five times.
Rutherford’s success and dignified manner earned him the affectionate nickname, “Lone Star JR,” with fans and media. Since retiring, Rutherford has stayed close to racing with a busy schedule that included serving as the Indy car pace car driver, numerous media appearances including radio commentary for live race broadcasts, and public speaking. His eloquence and knowledge have earned him the reputation as one of the sport’s top goodwill ambassadors.
This year will be the fifth running of the U.S. Vintage Racing National Championships at COTA.