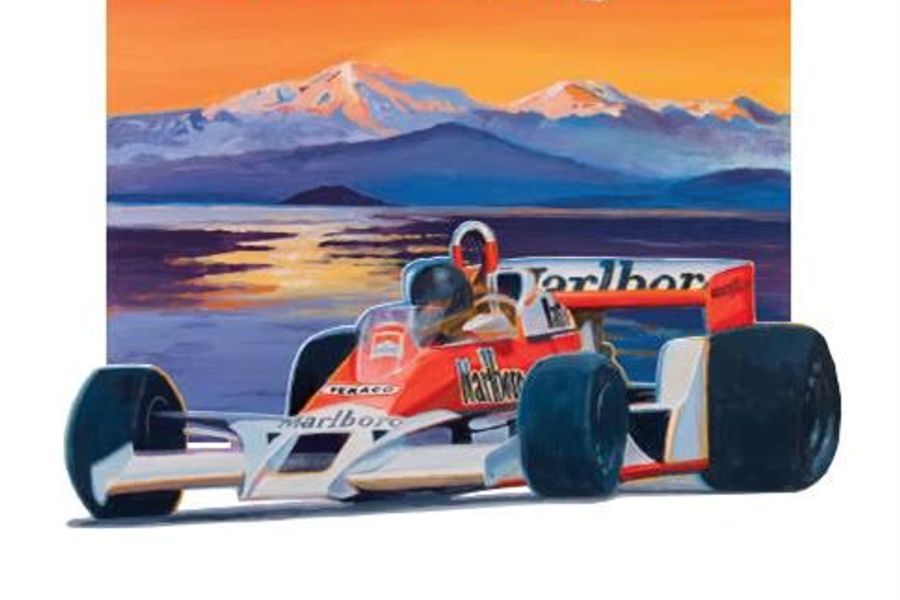 Once again, given the choice and an unlimited budget for airline tickets, New Zealand is the place we’d choose to be this weekend, specifically at the Bruce McLaren Motorsport Park for the Taupo Historic Grand Prix. Part of an exciting trio of consecutive historic race weekends, the Historic GP features 21-races as well as a host of demonstration runs around the 3.5km circuit.
With a healthy number of  foreign cars and drives having made the lengthy journey, they are rewarded with plenty of track time, each of the Formula Junior race categories for example getting four races over the weekend as part of their ‘Would Tour’. The Formula One visitors and the local Formula 5000 regulars have three races each before coming together to close the meeting on Sunday afternoon in the mouth-watering ‘Race of Champions Revival’ – which will see the two categories square off just like the RoC events of the early 1970s and has 35-entries (see our news story from earlier in the week).
The big single seater races are all rolling starts, not quite as per Race of Champions format but undoubtedly kinder to the transmissions – particularly of the torquey F5000 cars. The Race of Champions sees also a contract not only between the cars but also sees local race hero Ken Smith in his F5000 up against English racer Michael Lyons in his Formula One Hesketh, the latter five decades younger.
Historic Formula Fords should also provide some crowd-pleasing action, and variety from the single-seaters is provided by the four historic touring cars races. 1985 European Touring Car Championship winner Gianfranco Brancatelli will be out in a BMW M3, while a pair of local Super Touring spec Nissan Primeras should show strongly.
Michael Lyons Ken Smith F5000 Taupo Formula 5000