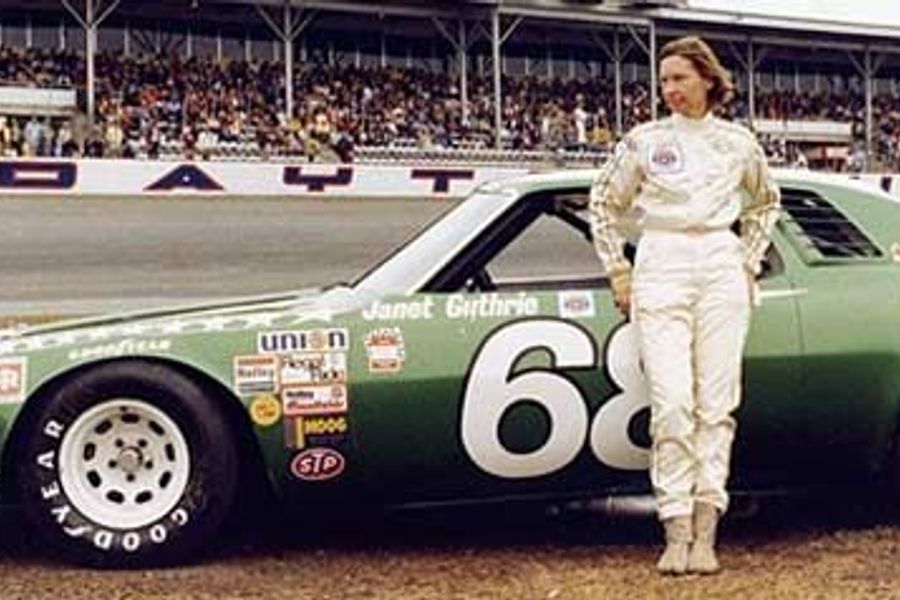 US-based Sportscar Vintage Racing Association (SVRA) haveannounced that Janet Guthrie will be their first grand marshal for the 2017 season when America’s at their March 2nd-5th Sebring Vintage Classic at the iconic Florida airport course. In addition to ceremonial duties, Guthrie will speak to the SVRA membership at a Saturday night banquet.
Guthrie enjoyed outstanding success at Sebring early in her career with class victories in 1967 and 1970. In 1967 she shared the Ring-Free Oil Racing Team’s Matra Djet 5S with another female racer, Liane Engeman of the Netherlands. Together they won the GT6 class. Guthrie returned with the Ring-Free team in 1970 and partnered with two other women, fellow American Judy Kondratiff and Irish driver Rosemary Smith, to win the Under-2-Litre Prototype class with a Donald Healey Sebring Sprite.
“Janet has been a great friend to the SVRA since I joined the organisation,” said President and CEO Tony Parella. “While she’s best known for busting through the glass ceiling at the Indianapolis 500, her resume in sports car racing is very stout and her success at Sebring helped establish her as a top flight professional.”
“I have many fond memories of my time at Sebring and it is great to return,” Guthrie said. “The SVRA race events are always a great deal of fun and their tributes to the history of our sport are absolutely first class. Every time I attend it is an opportunity to catch up with good friends, both new and from my driving days.”
Janet Guthrie served as honorary steward at the 2014 and 2015 SVRA Brickyard Invitational. She is best known as the first woman to qualify for the Indianapolis 500 and the Daytona 500. A University of Michigan educated physicist, Janet started racing in 1963 in a Jaguar XK 140 in the Sports Car Club of America, and by 1973 was driving fulltime.
In 1976 she became the first woman to compete in the top ranks of NASCAR on a superspeedway at the Charlotte World 600. The following year she raced in the Daytona 500 to finish 12th and Top Rookie. Just months later she made history when she qualified for the Indianapolis 500. She competed in three Indianapolis 500 races with a best finish of 9th and two Daytona 500s with a best finish of 11th. She is a published author with her 2005 autobiography, which Sports Illustrated called “an uplifting work that is one of the best books ever written about racing.”. Guthrie was inducted into the International Motorsports Hall of Fame in 2006.
Janet will join the SVRA’s hundreds of vintage racers from across the country at Sebring, where, in 1976 a vintage race was held that laid the groundwork for the formation of the SVRA. Today’s Trans Am series will share the iconic Sebring venue with the SVRA as Amy Ruman goes for a “three-peat” of her championship winning performances in the top class, “TA,” in 2015 and 2016. The Hagerty Insurance “Show & Shine” car show will also be part of the weekend festivities.
SVRA Janet Guthrie Sebring