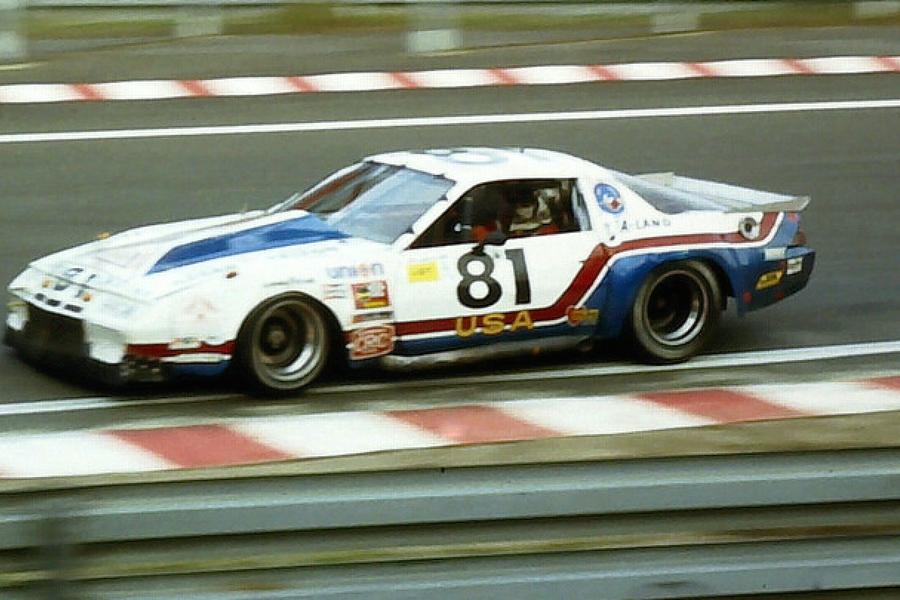 Gene Felton, the four-time IMSA Champion who raced and won in several different series on a variety of tracks and circuits in a record-setting driving career, has been named the Grand Marshal of the 42nd HSR Mitty at Michelin Raceway Road Atlanta, April 25 - 28.

The Atlanta-native quietly etched his way into racing's all-time record books in a competitive career that saw Felton win in every IMSA championship he contested, earning 46 career victories in 132 starts. Even more impressive, Felton started from the class pole 73 times in IMSA's professional categories, or 55 percent of his races.

"Since I have always been a behind-the-scenes kind of driver, I've never been invited to be a one-off celebrity at a race event," Felton said. "My first reaction to the invitation to be Grand Marshal was 'Whoaaaa!!!' I'm totally honored to be chosen as Grand Marshal for the 42nd HSR Mitty weekend. The Mitty, along with racing at Road Atlanta, has always been at the top of my favorites chart."

Although he scored several IMSA GT victories, including co-driving to 1984 GTO class wins in the Rolex 24 At Daytona and 12 Hours of Sebring, Felton is perhaps best known for his dominance of IMSA's Kelly American Challenge Series. He won four-straight American Challenge titles in 1977 through 1980, and 25 of his 46 career IMSA wins came in the Kelly series.

Felton won more major races and more consecutive championships while driving American cars - big-bore American V8s were his race car of choice - on U.S. road courses in his career than any other driver, but he also made his mark overseas and in NASCAR competition.

He co-drove a Camaro to a second-place GTO class finish in 1982 at the 24 Hours of Le Mans  and earlier in his career Felton earned a 16th place NASCAR Cup Series finish in a Junie Donlavey-entered Truxmore Ford in the 1976 Dixie 500 at the Atlanta Motor Speedway. Donlavey asked an emerging young talent named Bill Elliott (pictured below upper right) to standby as a possible relief driver, but the 21-year-old future star turned to cleaning Felton's windshield on pit stops when it became clear he wasn't going to be needed.

A tough-as-nails former U.S. Marine who returned to competition after devastating injuries in a 1984 accident at Riverside, Felton, now in his early 80s, no longer drives but can frequently be found at the track today close by his Gene Felton Restorations paddock area.

"With my health problems, and especially a paralyzed vocal cord, I am even more honored to be asked to be Grand Marshal," Felton said. "I have had more than my share of misfortune at Road Atlanta but also have a runner-up NASCAR Grand American finish and many IMSA poles, records & podiums, including six IMSA wins."

"Gene Felton is a true 'racer's racer' and typifies the competitive drive and strong spirit of no-quit competition that the HSR Mitty at Michelin Raceway Road Atlanta is all about," said HSR President David Hinton. "Gene is best known for his IMSA accomplishments, but he is a uniquely talented driver who was just as comfortable at Road Atlanta as he was at Le Mans or on the high-banks at Talladega. We are honored to have Gene join us as the Grand Marshal of the 42nd HSR Mitty at Michelin Raceway Road Atlanta."