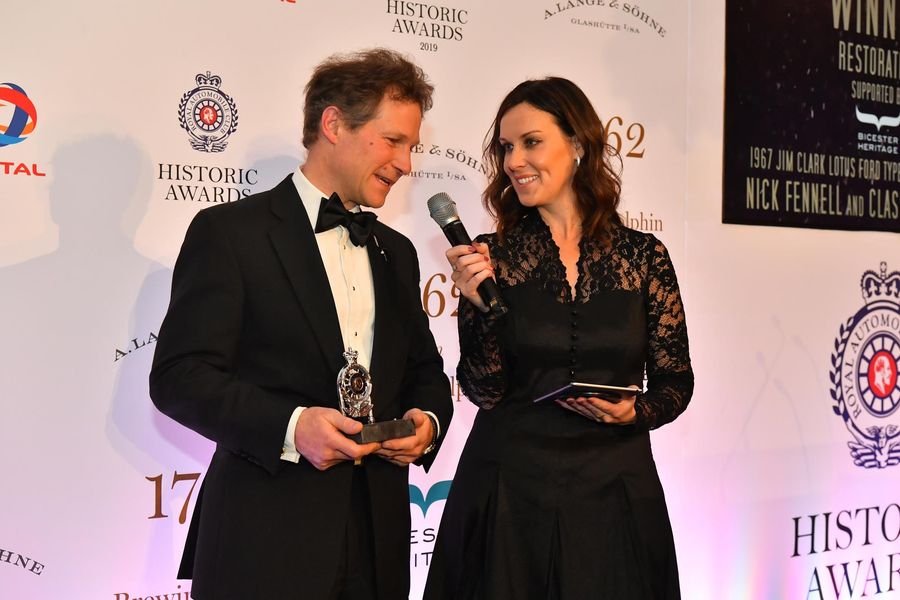 The winners of the inaugural Royal Automobile Club Historic Awards were announced last night (21st November) at a gala evening at the Pall Mall clubhouse, hosted by TV Formula 1 and sports presenter Lee McKenzie. Launched earlier this year, the Awards celebrate the diversity and people involved in the British historic motoring and motorsport scene, continuing the Club’s rich pedigree in celebrating motoring accomplishments, which dates back more than 120 years.

Strong nominations from across the UK were assessed by specialist panels of expert judges for each of the seven categories. In addition, the Club presented the Royal Automobile Club Lifetime Achievement Award, in recognition of an individual who has, in the opinion of the Club, made an outstanding contribution to the British historic motoring movement across many years. 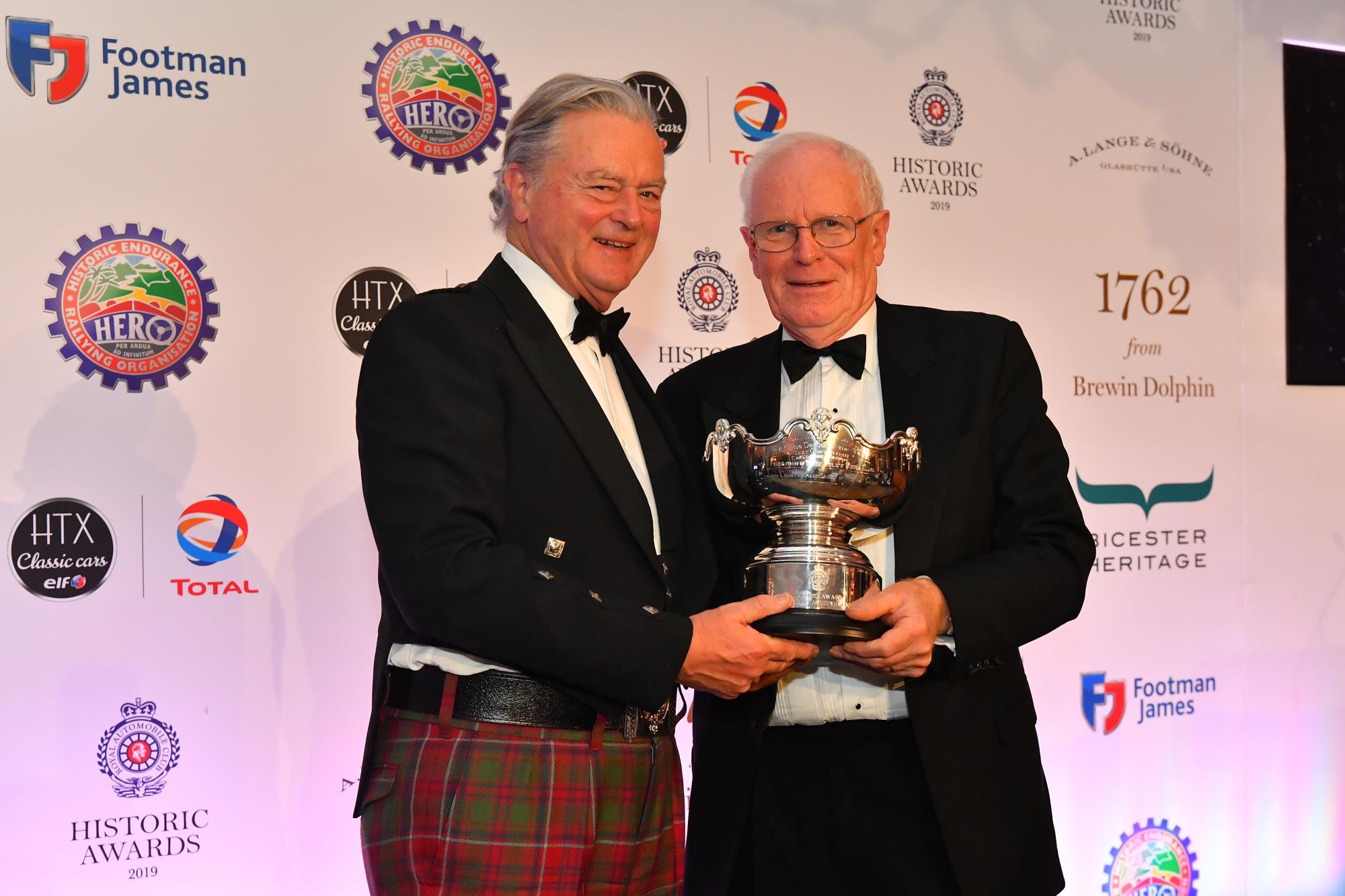 The inaugural Royal Automobile Club Lifetime Achievement Award was presented to Allan Winn. A former motoring and aviation journalist, Allan has driven and competed in an array of vintage and historic cars for more than half a century, was a Director of the Vintage Sports Car Club for 17 years and, as Chairman of the Friends of Brooklands, was part of the team that helped to raise funds for the museum to buy the 1933 24-litre Napier-Railton endurance record and track racing car. From 2003-18 he was Director of Brooklands Museum, where his most notable legacies are the re-opening of the iconic Finishing Straight and the Brooklands Aircraft Factory in 2017. Allan’s contributions to the world of historic motoring - he is an active race marshal and a regular judge at concours including Pebble Beach - and to Brooklands continue to this day, following his appointment as the Museum’s first Vice President in 2018.

Nick Trott was the winner of the Outstanding Journalism category for ‘Helter Skelter’, his 7,500-word, impeccably researched and beautifully-written feature on the Porsche Museum’s 917 that appeared in The Road Rat magazine. The judges noted: “Nick Trott had to convince Porsche to allow him access to confidential files before he could even start the assignment. The combination of exhaustive research and fine writing in this detailed examination of a seminal racing car is simply breathtaking.”

The Chateau Impney Hill Climb took top honours in the Competitive Event category (supported by Brewin Dolphin), with the judges commending the winning combination of a classic venue, excellent organisation, ‘proper’ competition from a strong entry and great facilities and attractions for visitors.

The Race Series category (supported by A. Lange & Söhne) was won by the Historic Sports Car Club’s International Historic Formula 2 series, which has gone from strength-to-strength this year, including a spectacular showcase at the Silverstone Classic. The judges praised the “hard graft and inspired leadership which has seen this charismatic series finally fulfil its potential with sensational grids in 2019.”

The Concours of Elegance at Hampton Court Palace was the recipient of the Motoring Spectacle award (supported by Footman James). The judges stated: “All three of our finalists fulfilled the criteria for a true motoring spectacle, but only one had the depth of content to continue to captivate long after the initial impact has been forgotten. The Concours of Elegance managed to gather an entry strong enough to live up to the breathtaking venue, boosted this year by some exceptional special displays.”

The Personality category (supported by HERO) had not one but two winners. In a category for individual personal achievement, why have a ‘two-person’ winner? It’s simple; twin brothers Paul and Andrew Wood come as a pair! In 2019 the twins achieved their long-held dream: the 8.0 Litre Bentley by Gurney Nutting, owned by Sir Michael Kadoorie, restored by Paul and Andrew and their team in 2009 and maintained by them ever since, became the first-ever British-restored car to win Best in Show at Pebble Beach. The judges felt that winning the Pebble Beach Concours award with a car they previously prepared 10 years ago, a British brand and an outstanding car against a truly world-class field deserved the ultimate recognition.

The Jim Clark Motorsport Museum (large picture below) , which opened in June this year, was the winner of the Collection category (supported by Total), the judges commenting that: “The museum conveys a sense of place like few others, linking the stories of Jim Clark and the nearby towns, and encouraging visitors to explore those links through a trail that takes in his farm and grave, amongst others. It has done an extraordinary job in attracting over 1,000 visitors a month to Duns, which is not on the normal tourist trail and requires a committed journey to reach.”

Judging for the Restoration category included a ‘head-to-head’ judging session at which all the finalists were gathered together at category partner Bicester Heritage. Against stiff competition the winner was the 1967 Jim Clark Lotus Type 38 Indy car, restored by owner Nick Fennell (header picture)and Classic Team Lotus. The judges commented: “The Lotus just pipped the other finalists to first place with the team's remarkable attention to detail and its quest to return 38/7 to 1967 Indy 500 specification – right down to having the correct spring made for an obscure fuel valve. The dedication to finding original parts to return the car to the correct asymmetric suspension, two-speed ZF transmission and accurate livery is truly inspirational.”

Jeremy Vaughan, Head of Motoring at the Royal Automobile Club commented: “Tonight’s inaugural Historic Awards continued the Club’s extensive history of celebrating the achievements of pioneers and champions of their industry. The Club congratulates not only our deserved winners but each of the category finalists too. Furthermore, I would like to recognise the Club’s Lifetime Achievement Award winner, Allan Winn who transformed Brooklands into what is now a remarkable destination with exhibits and attractions that could only be dreamt of 15 years ago.”

The 2020 Royal Automobile Club Historic Awards will be held on a similar date next year – nominations will open in the spring. 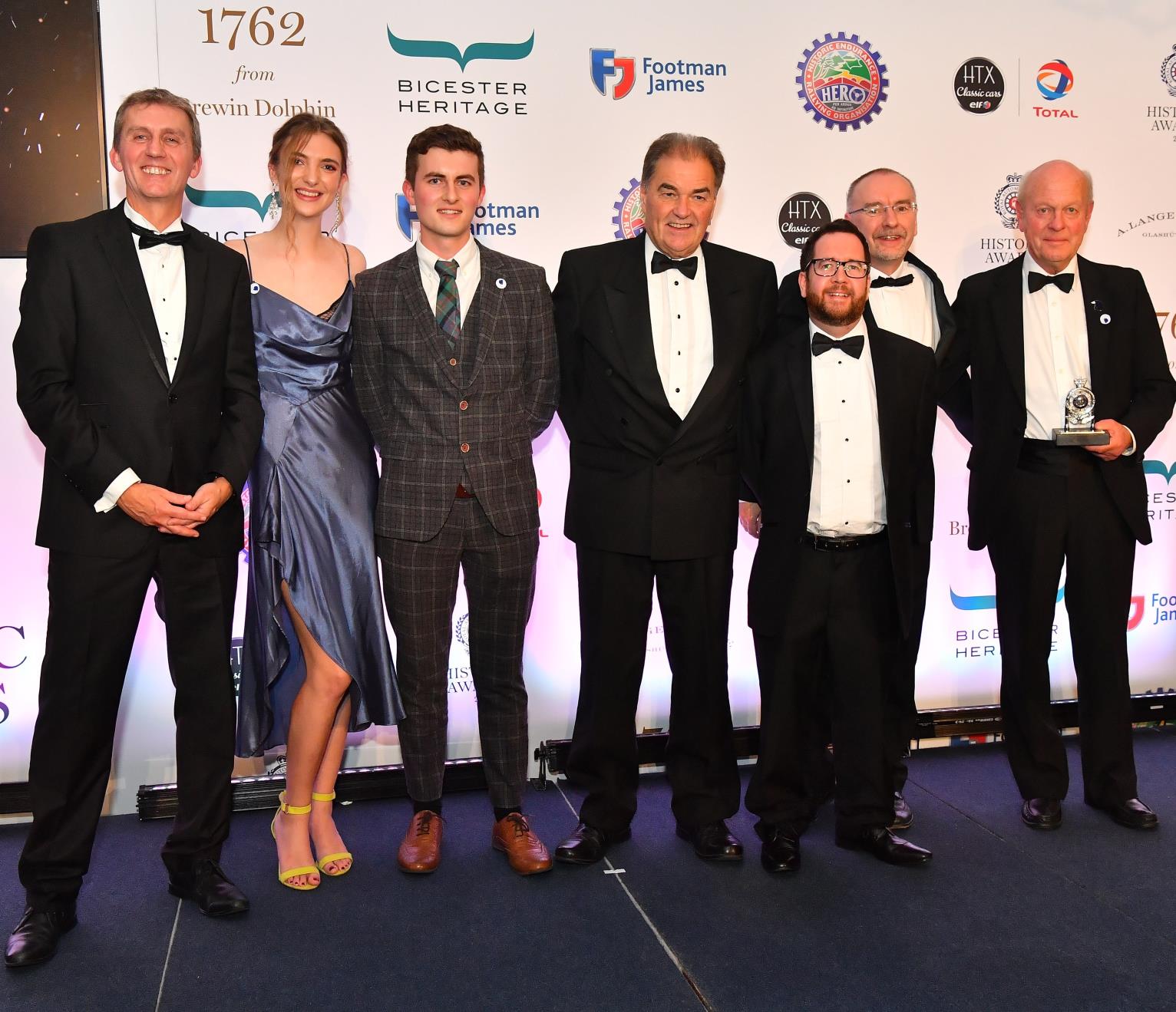