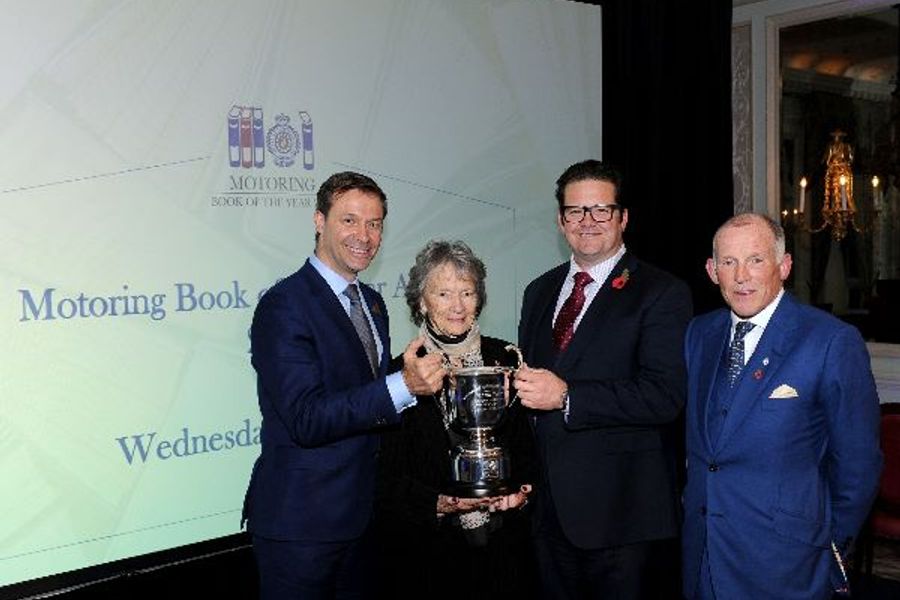 The prestigious awards drew together authors, publishers, media and the book trade from around the world to celebrate their accomplishments over the past 12 months. The 2019 contenders included works on marque histories and general motoring to film legends, motorsport fiction and vehicle design.

Jeremy Vaughan, Head of Motoring said “We had an over whelming response this year with entries representing 18 different publishers from international and independents to self-published authors. The range and quality of the books were outstanding and shows how well the industry is faring in these digital times. The judges had a tough time whittling down the entries with healthy debates on who would make the finalists and then the overall winners. The Club introduced a Lifetime Achievement Award this year to recognise outstanding contributions to the industry and adds to the Club’s family of established motoring and motorsport accolades.”

His wife Annette Haynes collected the award on his behalf (above) and said: “John would have been immensely honoured and amazed to receive this award. He always said that the success of Haynes Publishing was not him alone. I know he would be quick to dedicate it to all the people that supported and helped the business throughout the years”.

John Haynes moved to the UK when he was 12 to enrol in boarding school. It was there he persuaded his House Master to allow him to miss rugby, to spend his time converting his £15 Austin 7 into a lightweight sporty Austin 750 Special. Not only did he sell the finished car and made a profit, he produced a booklet ‘Building A ‘750’ Special’ featuring his hand drawn step-by-step illustrations. He ran off 250 copies on a stencil duplicator and the booklet sold out within 10 days at five shillings a copy!

Several years later when he was in the Royal Air Force, he agreed to help a colleague to rebuild a ‘Frogeye’ Sprite. Finding the factory manual was lacking in detail, he bought a camera and pictured the step-by-step process of dismantling and reassembling the engine. Thus, in 1966 the very first Haynes Manual for the Sprite was published and its first print run of 3000 sold out in under three months. The rest you could say is history.

Haynes is now the world's leading publisher of automotive repair manuals and renowned for teaching millions of car owners how to carry out routine maintenance and repairs. The use of step-by-step photo sequences linked to diagrams is the trusted hallmark of Haynes Manuals. To date, in excess of 200 million manuals have been sold covering over 1,000 different models. John has helped keep millions of motorists on the road and leaves behind a huge legacy. 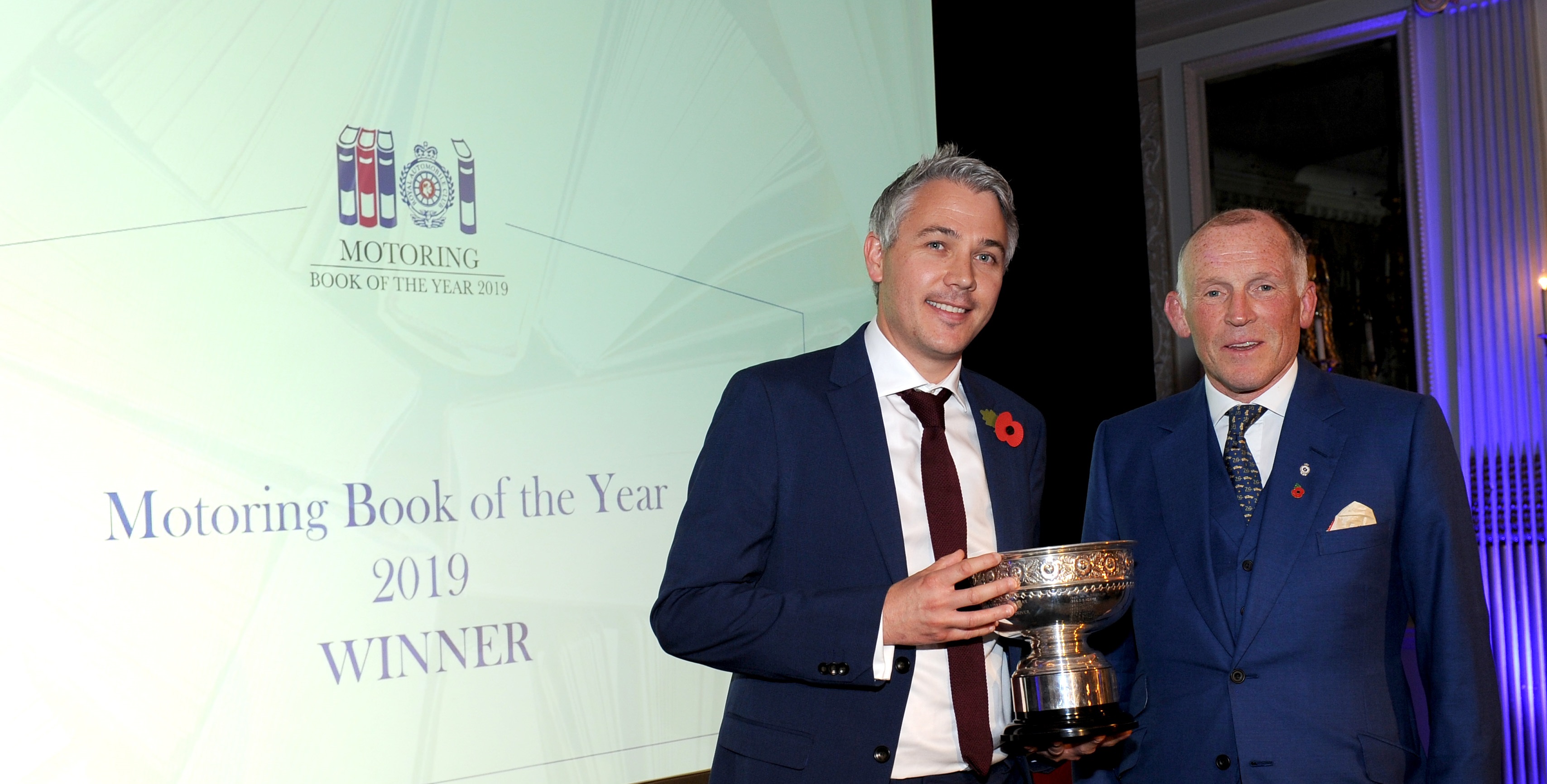 Christian Whitehead from Foyles said “It’s a treasure trove of archive material with stills, behind the scene shots, promotional cinema posters and engaging facts of the stresses that the film crew had to endure. You can’t help but smile at the story of the making of one of Michael Caine’s best loved films”.

The 335-page book includes more than 50 in-depth interviews with the cast and crew, and is beautifully illustrated with hundreds of never-before-seen photographs and production documents from the filmmakers’ private collections providing a fascinating, behind-the-scenes look at how the British classic made its way to the big screen and includes a foreword by Sir Michael Caine and an introduction by Academy Award-winning Producer Michael Deeley. 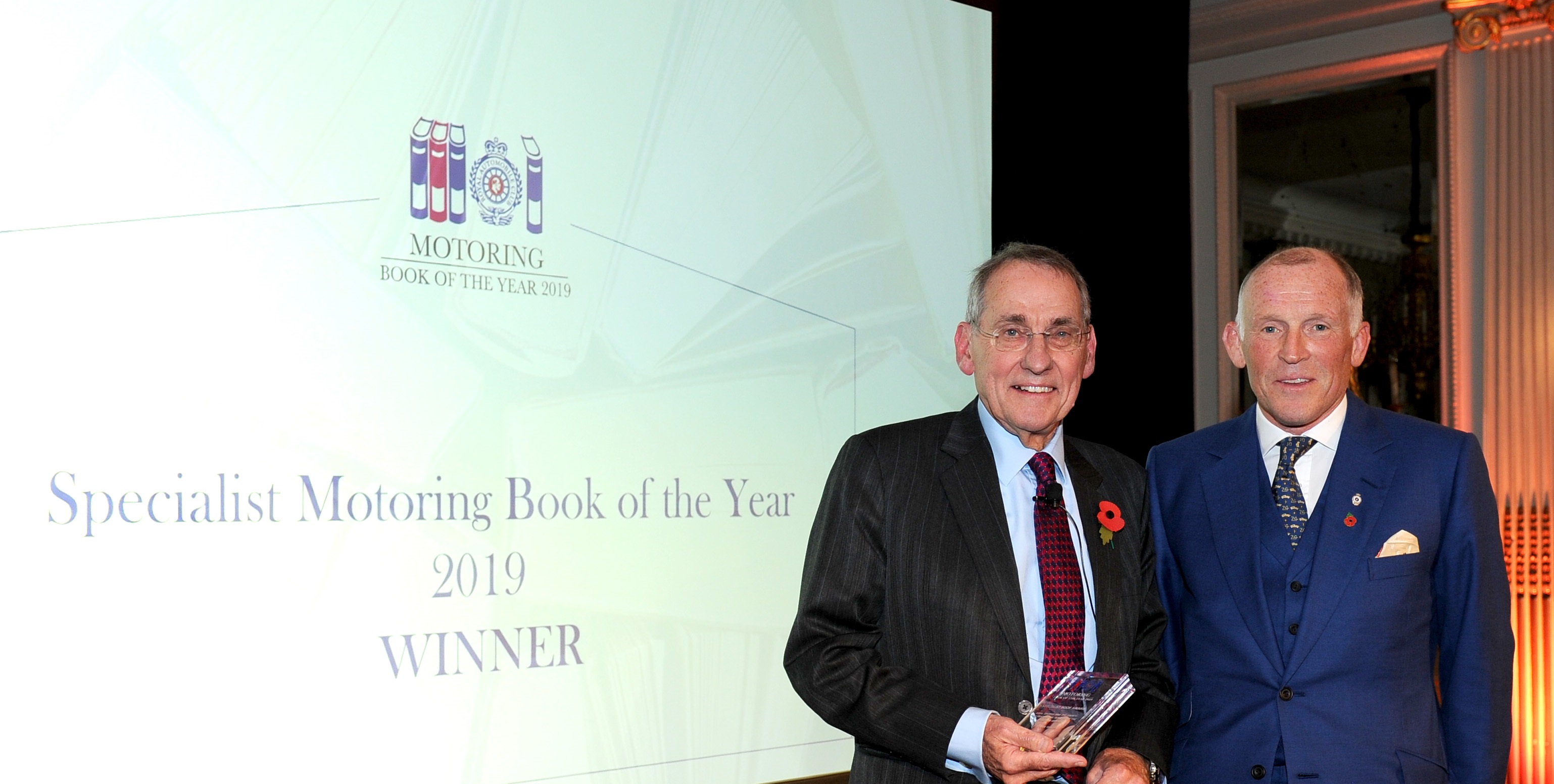 Judge Mick Walsh of Classic & Sports Car said “A definitive history that is both hugely enjoyable to read and superbly presented, Simon Taylor’s book is a terrific tribute to the HWM team”.

Simon Taylor has a lifelong passion for HWM. In 1999 he realised his childhood dream when he became the custodian of the Ex-Stirling Moss HWM Stovebolt Special and there is nobody better qualified to write the definitive history. The two volume 528-page masterpiece covers the biographies of the fascinating and poignant people associated with Hersham & Walton Motors, its racing story, the 19 individual cars and the men who raced them along with their specifications and ownership chains.

The book is packed with a superb wealth of period pictures sourced from libraries and private collections worldwide and paints an evocative picture of a period of motor racing that marked the beginnings of Britain’s prowess in the sport.