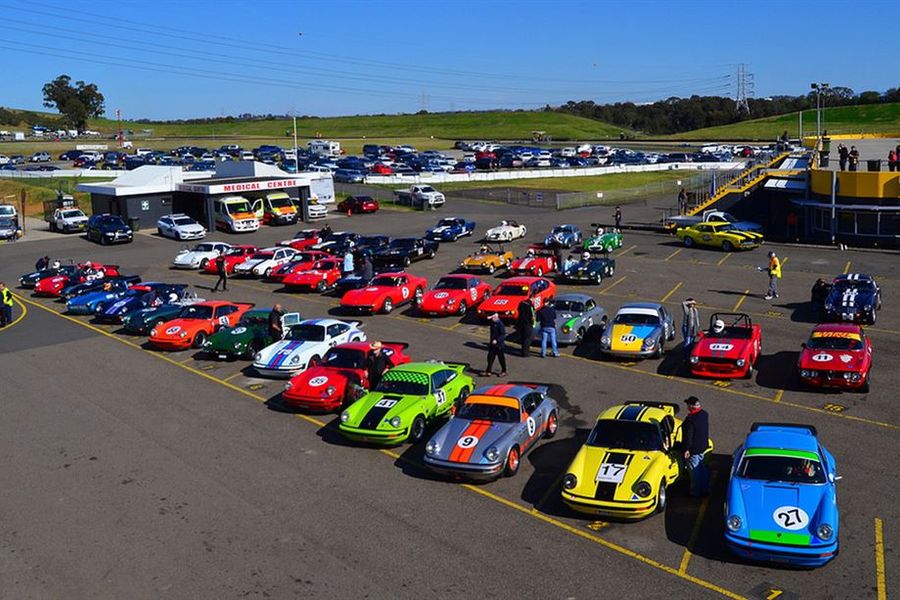 Classic machinery showcasing the history of Sports Car racing in Australia will join the support program for the 2018 Liqui-Moly Bathurst 12 Hour.
Two historic categories will compete alongside the 12-hour sessions, with the Combined Sedans returning to the event while Group S Sports Cars make their debut at the event.
Group S Classic Sports Cars joins the 12-hour program for the first time and will bring a diverse array of classic sports cars covering several eras of Australian motorsport to Mount Panorama. In essence, the class can be seen as a precursor to the current GT3 competition - featuring a grid of modified sports and GT vehicles designed for the road but taking to the track.
In a similar way to Group N representing the past of Australian Touring Car racing, Group S caters to classic Sports Cars from the 1950s through 1970s - including several models that would have been raced on the Mountain in Sports Car races of the day.
The Bathurst grid is likely to include everything from Austin Healey's and MGAs from the 1950s and 60s, through to later machinery like the popular Datsun 240/260Z, DeTomaso Pantera, Ford Mustangs and the classic Porsche 911s that are a staple of the class.
The Group S Classic Sports Cars field will tackle practice, qualifying and three races across the Friday and Saturday of the event.
"Being able to show case what Group S is to an international audience is very exciting, and we are keen to put on a great show, both on and off the track,” said Group S Racing Association President Alex Webster.
“The categories and classes determined by year and engine capacity provide exciting racing action throughout the entire field, meaning it is not only the outright race that is hotly contested.
“We had an incredible response to being on the Bathurst 12 Hour program and will have 60 cars at Bathurst, filling the maximum 55-car grid density."
Meanwhile, the increasingly popular Combined Sedans class returns with one of the most unique grids of all, with a field of Sports Sedans, Commodore Cup car and ex-V8 Supercars making for a diverse array of cars
Super2 young gun Bryce Fullwood won all three races at the 2017 event driving an ex-Paul Morris Motorsport VE Holden Commodore once raced in the Virgin Australia Supercars Championship. Several V8 Touring Cars series regulars, including Terry Wyhoon, Tony Evangelou, Josh Smith and Jim Pollicina also raced their Holden or Fords that once raced in the Supercheap Auto Bathurst 1000.
Joining the ex-Supercars on the grid will be a wide array of fire-breathing Sports Sedans and TransAm style cars that are a staple of both the state and national-level Sports Sedan competition.
The support program takes place on the Friday and Saturday of the February 2nd-4th weekend with practice, qualifying and racing on Friday and more races on Saturday in between qualifying for the Liqui-Moly Bathurst 12 Hour.