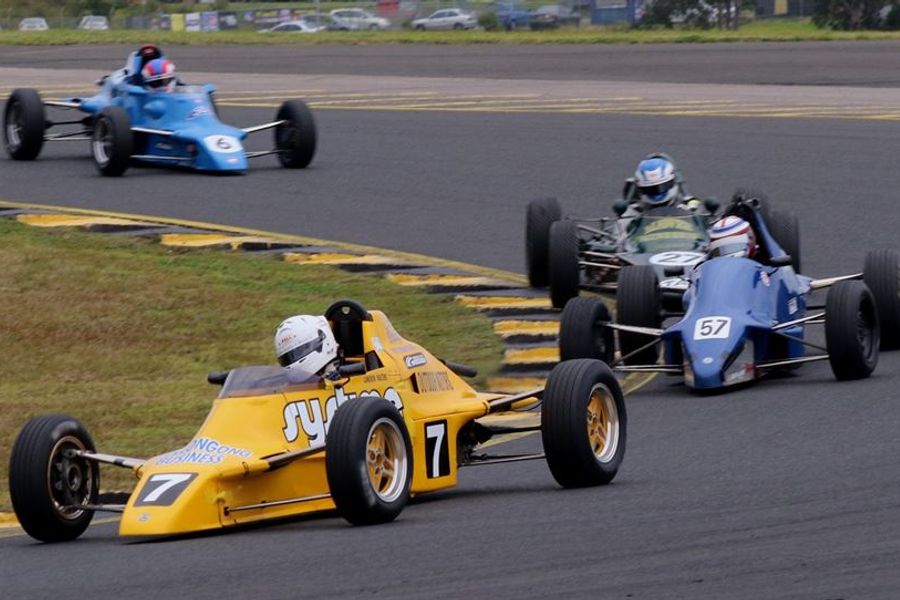 New additions to the 2018 Hi-Tec Oils Bathurst 6 Hour support race program have been confirmed today.
Historic Formula Ford Racing will join the program next Easter (30th March – 1st April 2018), alongside regular Easter staples Group N Historic Touring Cars, Production Sports Cars and the Porsche Club of NSW Regularity.
2018 will mark the first time that Formula Ford racing has ventured to Mount Panorama since 2015, and the first for the purely historic class that caters for cars built up to 1989.
It is expected the Bathurst event will attract a full grid of cars from Australia and even some overseas entrants.
“It’s a great opportunity to showcase Historic Formula Ford, because it will be the first time there has been an all-historic race at Bathurst,” said Historic Formula Ford Australia Secretary Scott Blake.
“Historic cars have run in the past alongside the modern cars, but this time the historic vehicles will be in the spotlight.”
Three classes of Historic Formula Fords will be eligible to participate: Fa (pre-1978), Fb (1978-1983) and Fc (1984-1989) eras. All cars are powered by the venerable 1600cc Kent Ford motor, which was a mainstay of all Formula Ford competition up until 2006.
Classic Touring Cars from the 1960s and 1970s will return to the Mountain in the form of the Group N Historic Touring Cars, with another full grid expected to compete.
“When people think about motor racing at Mount Panorama, Historic Touring Cars (Group N) immediately springs to mind,” said Category Manager, Nic van den Berg.
“These production type touring cars, manufactured prior to 31st December 1964, and touring cars of a make and model which competed in Australia between 1st January 1965 and 31st December 1972, when Minis, Ford Cortinas, EH Holdens and the like, did battle with General Motors and Ford V8s at the Mount Panorama circuit.
“Iconic vehicles from the era will be competing at the HiTec Oils event in 2018, with an expected full grid of 55 cars, coming from all corners of Australia.
“Competitors, including the likes of Tilley, Stubbard, Neville, Macri, Mann and Whiteside will do battle on Australia’s premier racing circuit.”
Group N and Historic Formula Ford will each feature three sprint races,