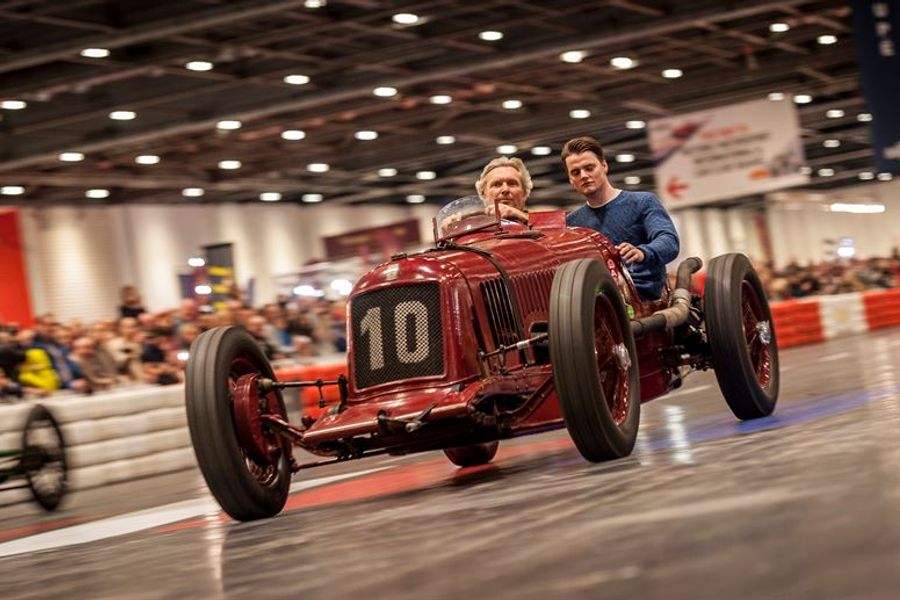 Now established as the launch pad to the UK’s thriving retro racing and rallying season, next month’s Historic Motorsport International (15th-18th February), staged at London’s ExCeL, is gearing up to start the year in spectacular and star-studded style.
Among a host of famous faces already confirmed are Nigel Mansell CBE, the 1992 FIA Formula One World Champion plus renowned motoring TV personalities Vicki Butler-Henderson and Quentin Willson. All three will be interviewed by well-known host Henry Hope-Frost in the Supagard Theatre, one of HMI’s many standout attractions returning by popular demand in 2018.
Indeed, after its hugely successful debut show in 2017, HMI has expanded for its second year and now features a number of innovative new highlights alongside all the outstanding features that established the new London pre-season show as such an instant hit with competitors, preparers and enthusiasts alike.
As already confirmed, HMI has now moved halls within the exhibition centre to join its sister event The London Classic Car Show. It is a change that has produced many advantages – not least that HMI will now boast its own paddock supported by Octane magazine.
This paddock will be home to six unique racing cars. These icons will be on permanent public display when not being fired up for eye-catching and thunderous parades on central The Grand Avenue, the show’s revolutionary in-door automotive catwalk.
Other innovations planned for HMI in 2018 include a special hospitality hub open exclusively to exhibitors and their guests, as well as a special display area dedicated to The International Guild of Specialist Engineers. Those already signed up to exhibit in the new TIGOSE Pavilion include Crosthwaite and Gardner, Haynes Motor Museum, Renaissance Classics, Tandler Precision and Classic Performance Engineering.
Building on last year’s triumph, the show’s growing roster of exhibitors reads like a who’s who of the historic motorsport world. They include a host of premier organising clubs such as the Under 2-Litre Touring Car (U2TC) and Pre ’63 GT Championships, Paris-based Peter Auto, the Historic Sports Car Club (HSCC), the Classic & Sportscar Club, Equipe GTS and the Historic Grand Prix Cars Association (HGPCA).
Cosworth, the company that created the most victorious engine in F1 history, is also taking space, alongside other major enterprises in the thriving historic motor sport sector including Dunlop Motorsport, JE Pistons and The Crosslé Car Company, the world’s longest-established constructor of racing cars and the company that provided a young Nigel Mansell with his early wins in Formula Ford. Coys will also be returning with an important auction of sports, sports racing and competition cars.
“This year’s HMI is clearly building on the huge success of last February’s launch show,” reported event director Alexia Antikides. “Its expansion – together with so many exciting new innovations – further reflects HMI’s position in showcasing the UK’s leading role in the world of classic motor racing and rallying.
“HMI has already become the leading platform for engineering and preparation experts, event organisers and promoters and participants. With so much great content now confirmed – topped by the appearance of Nigel Mansell, one of this country’s best-ever F1 champions – next month’s show is going to be a fantastic start to what promises to be another blockbuster season of historic motorsport.”
Historic Motorsport International and the London Classic Car Show are staged by Brand Events, the company behind a raft of successful motoring events including CarFest, Fast and Furious Live and Scotland’s IGNITION Festival of Motoring.
Tickets are currently on sale, with significant discounts on offer for those booking in advance. If purchased now, adult admission costs just £25 (£30 on the door) and a range of upgraded Premium and Family Tickets are also available online.
Moreover, all tickets also include entry to The London Classic Car Show, HMI’s sister show, which features more than 700 of the world’s finest cars from yesteryear.