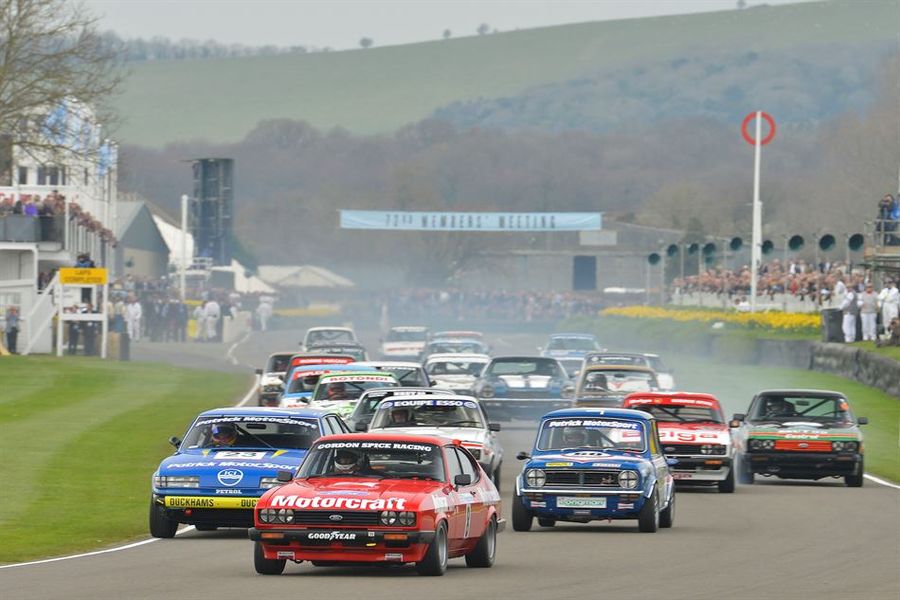 The line-up for March’s 73rd Member’s Meeting at Goodwood is rapidly taking shape with the announcement that the Gerry Marshall Trophy for Group 1 saloons now includes two more former British Touring Car Championship winners  in Robb Gravett and Tim Harvey, further bolstering a strong field that includes Anthony Reid and Darren Turner. The pair of BTCC champions will both be making their Member’s Meeting debuts, each sharing a Triumph Dolomite with the car’s regular racers, while more recent champion Andrew Jordan is looking to rise to the challenge in Nick Swift's Mini 1275 GT.

The Dolomite is looking the car to have with Reid out in another example, back in the car he shared with Timothy Morley in 2014 to 10th place. 1992 BTCC winner Harvey is sharing Anthony Robinson’s ex-factory Dolomite Sprint, while Gravett, a champion in the era of the flame-spiting and prodigiously powerful Sierra RS500s, will be partnering David Swig in a 1974 Broadspeed Dolomite.

In contrast, GT-racer Turner will be out in something a little more powerful in David Clark’s Camaro, the car that took pole for the Spa 24-Hours in 1981, while also appearing in his own Turner Mk1 in the Les Leston Cup. Also Camaro mounted will be Stuart Graham, bask with the Nigel Garrett in the Camaro Z28 they took to a top-three finish last year.

While making his Member’s Meeting debut, Jordan competed at last year’s Revival in an Austin A40, shared with father Mike, taking a fine second place in the St Mary’s Trophy.

Also looking good for the March meeting is the John Aldington Trophy for early Porsche 911s, specifically for cars running as they would have been in 1965, so it’s the smaller engines – and tyres – that were used in period (when the car was also referred to as the 901). Cars up to 1967 are eligible, and organisers are hoping for a grid of around 30. The cars are certainly very lively on the track, and in-car video of one being hustled round Goodwood by experienced Porsche racer Mark Sumpter suggests a pretty high workload for the drivers.

With the meeting schedule set to include the crowd-pleasing, if slightly anachronistic, Group C cars once more, the stage is set for another two days of fine racing at Goodwood on the 21st and 22nd of March.