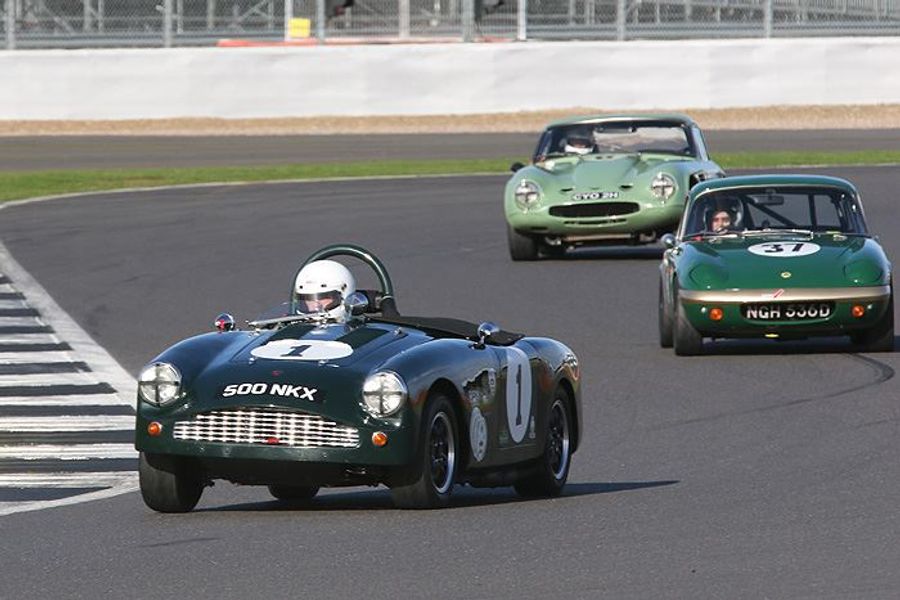 Will Plant and Dick Coffey have been confirmed as joint champions in the HSCC’s Historic Road Sports Championship after they could not be separated by a tie-break. After the final race of the season at Silverstone they were level on points and had an identical results profile so that even the tie-break routine could not split them.
For Morgan Plus 8 racer Plant it was his first Historic Road Sports title while Coffey has been champion three times before in his Turner Mk1. Back in 2003 and then again in 2016 Coffey was overall champion and he was joint champion with Colin Sharp (Triumph TR5) in 2008. It was the seventh HRS title for a Turner in 23 seasons for the championship, which evolved from the HSCC’s post-historic road sports category.
Plant and Coffey both added another class win in the final race at Silverstone, but Peter Shaw’s hopes of winning the title were dashed when he was beaten in class by the similar Lotus Elan of John Davison. Even though he finished on the same points total as Plant and Coffey, Shaw dropped to third overall in the tie-break. With Coffey’s approval, Plant’s Morgan will carry the prestigious number 1 in 2018.
The Historic Road Sports Championship is for production sports and GT cars built and registered between 1947 and 1969. To be eligible, models should have a period competition history and some modifications to engines and suspension are permitted. The grids are always packed, with models ranging from TVR to Lotus, MG, Ginetta and Turner. In total, 60-drivers took part in the 2017 championship.