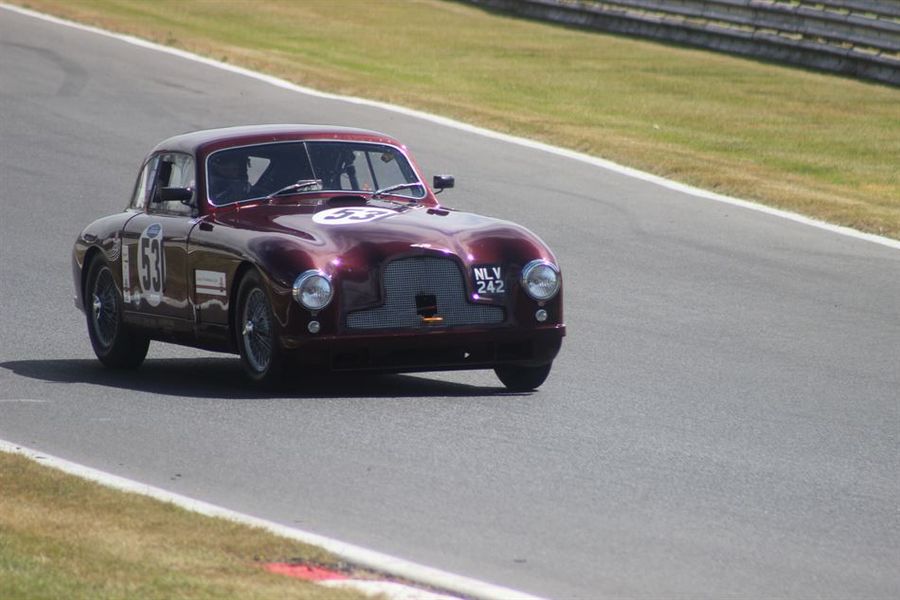 AMOC Racing are at Donington Park on Sunday (July 29th) and while the timetable does feature some modern racing, there are a few historic gems across the afternoon that could make a visit well worthwhile.

The AMOC Intermarque has a reputation for delivering close exciting racing up against the more modern Porsches and BMWS the Aston Martin team are looking to uphold marque honours with a more traditional s approach. The gorgeous DB4 Lightweight of Martin Melling and Jason Minshaw is joined by the DB4 of Nicholas King for Sunday’s 45-minute race, and while newer cars have been doing the winning, the DBs will add a bit of class to the event.

For the first time this year AMOC Racing are running a Pre-War Team Challenge race, an opportunity to see cars from a golden era of motorsport being driven competitively. To add a twist this is a traditional handicap race with cars entered in teams of up to three, each car given a target handicap time for the 20-minute event and released in a ‘staggered’ start – so if the handicappers have got their complex maths correct the whole field should reach the finish line pretty much together.

The entry features Bentleys, Aston Martins and more from between January 1st 1919 and December 31st 1941, and if you have never seen a handicap before then try to take in this one, overtaking is guaranteed!

The Jack Fairman Cup for 1950s sports cars features 1950s and early 1960s cars and runs alongside the Jaguar Enthusiasts’ Club XK Challenge and Mike Hawthorn Challenge grids. With a field ranging from saloons via road-going sportscars to pure race cars, of the period the wide and varied entry usually entertains.

The Aston Martin DB2/4 Guy Northam is a fine example of early 1950s racing saloons, and a sharp contrast to the race-bred Jaguar C-Type of David Brazell or even the Jaguar-engined Lister Knobbly of John Carr from 1959. Similarly, Anthony Ditheridge’s Cooper Monaco is a pure racer, while the Triumph TR2 of Edwin Driver was a popular road-going sportscar of the mid-1950s.

The Jaguar XK Challenge field showcases the classic Jaguar sportscars of the period, the field ranging from 1951 3.4-litre XK120 of Rob Pinchbeck to the 1959 XK150S of Paul Kennelly.  The Mike Hawthorn Trophy is for pre-1966 Jaguar Saloons, with the popular Mk1 and Mk2 models to the fore in the growing field.