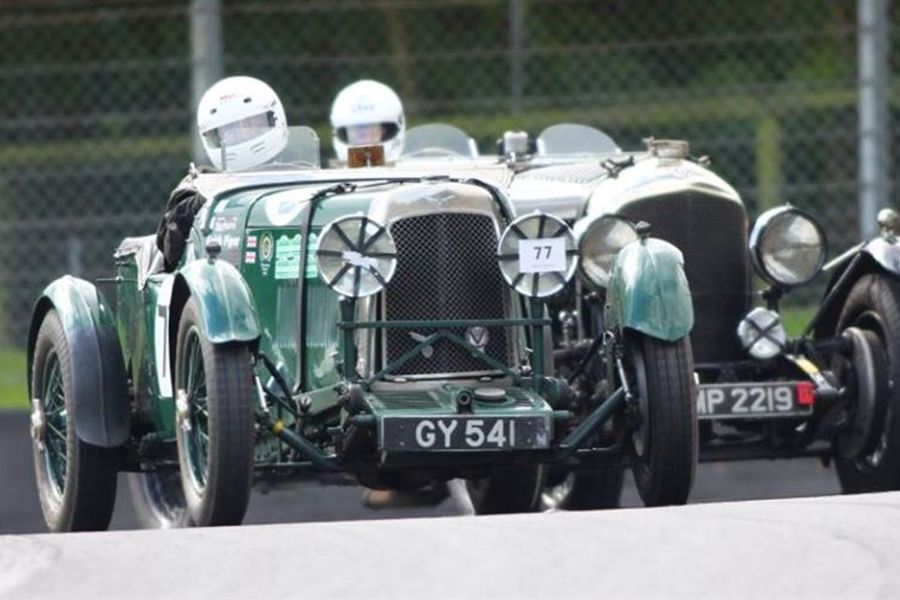 This weekend, Saturday 30th September, AMOC Racing will host their season finale with bursting grids on the Silverstone National circuit featuring the annual St John Horsfall Memorial Trophy.
The AMOC Racing team offers a busy day’s racing with capacity filled grids covering the final rounds of the AMOC Intermarque Championship combined with the Aston Martin GT4 Challenge, 50s Sports Cars incorporating the Vredestein JEC Jaguar XK Challenge and, of course, the St John Horsfall Memorial race with the Pre-War Team Challenge. The day will finish with the inaugural Equipe 3-Hour Classic Relay.
In the ‘Drivers Title’ deciding round of the AMOC Intermarque Championship this Saturday, David Norton holds a useful lead over Bob Searles at the top of the table, and Norton, sharing his Porsche 968 CS with James Guess, will only need a good finish to take the title. However, other title challengers may hamper David’s chance of looking for a win - Peter Mangion has been quick in his 968, while Robert Hollyman won at Snetterton but retired his Porsche 964 at Brands Hatch could be a race winner on the day.
In the 50s Sports car race, the Cooper T24/25 of John Ure could be hard to beat. Double winner Tony Ditheridge returns in his Cooper Monaco and other potential front runners include the well-known Lister Bristol ‘Flat Iron’ of Stephen Bond or Kelvin New’s 1959 Elva and watch out for Martyn Corfield out with his Frazer Nash Le Mans Replica, a model taken to victory by a young Sir Stirling Moss in the British Empire Trophy in 1951.
The Pre-War Team Challenge race includes the St John Horsfall Memorial Trophy for pre-war Aston Martins, named after famous Aston Martin racer and war hero St John “Jock” Horsfall.
Bentleys were a mainstay of the period and two 1928 cars are entered for Stuart Morley, who was third at Brands Hatch in August and Duncan Wiltshire. The majority of the field hail from the 1930s and includes marques such as Invicta, by the Low Chassis S type of Trevor Swete and Alta, which should be a pace-setter in the capable hands of Gareth Burnett.
In a good-sized field the St John Horsfall Memorial Trophy has seen a fleet of Aston Martins entered, with regulars Peter Dubsky and Keith Piper joined by the Ulsters of Richard Bradley and John Briggs and the Speed ‘Red Dragon’ of Alan Middleton and chassis LM16 of Paul Wright.
Rounding off the day is the inaugural Equipe Classic 3hr Relay for pre-66 GT/GTS cars up to 3000cc. Where 25 teams made up of two, three or four cars will be circulating to obtain the maximum number of laps over a 3 hour period. Only one car per team will be on the circuit at any one time; requiring a strong team strategy and car/driver change for a successful outcome.
Strong contenders include many cars arriving fresh from competing in the Spa Six Hour, the four car entry of Austin Healey 3000s from the Rawles family should go well. And a trio of Marcos 1800 GTS headed up by Richard Evans should be amongst the front runners if they can keep circulating. There are two teams made entirely up by Triumph TR4s these 2.2litre pocket rockets can be immensely quick in the right hands, 8 teams of MGBs are on the line-up including an entry from Motorsport editor Nick Trott and just one 2.0 litre Porsche trio headed up by London Porsche Specialists Steve Winter of Jaz Motorsport.