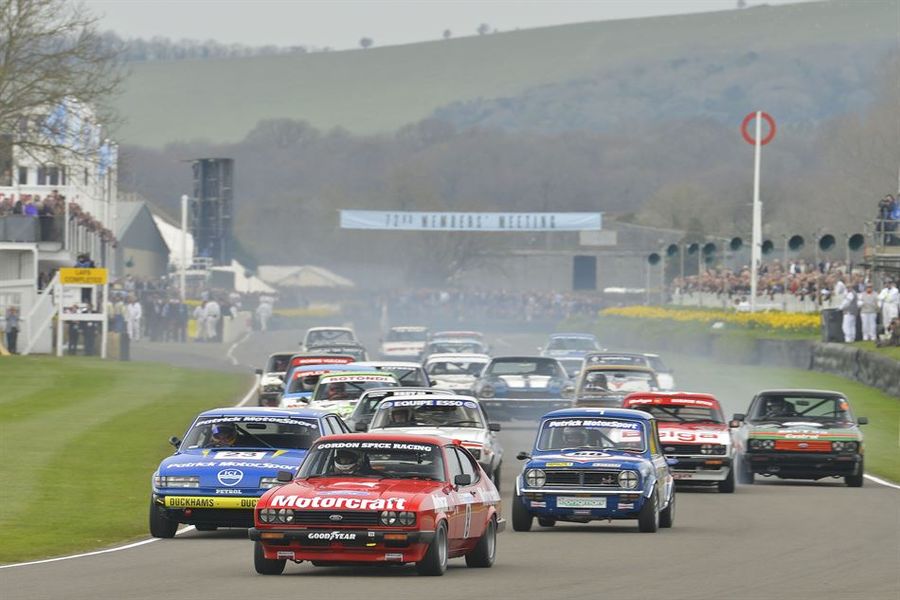 With the 2014 Goodwood Revival blasting into life later this week, the Goodwood Road Racing Club has announce that the 73rd Members’ Meeting will be held on the weekend of March 21-22, 2015. The Members’ Meeting was revived this year for Members of the GRRC to continue the tradition of the 71 club motor sport events held at Goodwood from 1948-66, and played host to a weekend of dramatic motor racing.
Star names including grand prix winner Jochen Mass, Le Mans 24 hours victors Emanuele Pirro and Jackie Oliver and current professionals Darren Turner and Andy Priaulx contested this year’s event, which ranked right with some of the greatest racing seen at Goodwood.
The 73rd Members’ Meeting features several new races, including one for pre-1966 versions the iconic Porsche 911 and another for one-litre ‘screamer’ Formula 3 cars of 1964- 70 – an era that produced Emerson Fittipaldi, Derek Bell and Clay Regazzoni. The hugely-popular Gerry Marshall Trophy - which pairs professional racers with Group 1 touring cars - will return, as will the Salvadori Trophy for 1955-60 sports prototypes.
High-speed demonstrations will be held for pre-1975 Formula 1 cars including those of the distinctive ‘high-airbox’ era, Group C Le Mans machines that regularly reached 230mph on the Mulsanne Straight, and the car that made McLaren a winner at La Sarthe in 1995 - the F1 GTR - which will appear in both short and long-tail variants.
Off-track, the battle for the Goodwood House Cup, won by Anthony Reid’s ‘Methuen’ House in 2014, will be bolstered by fun competitions – all counting for House points – throughout the weekend, and will feature a huge Saturday night party for all guests, culminating in a spectacular fireworks display set to music.