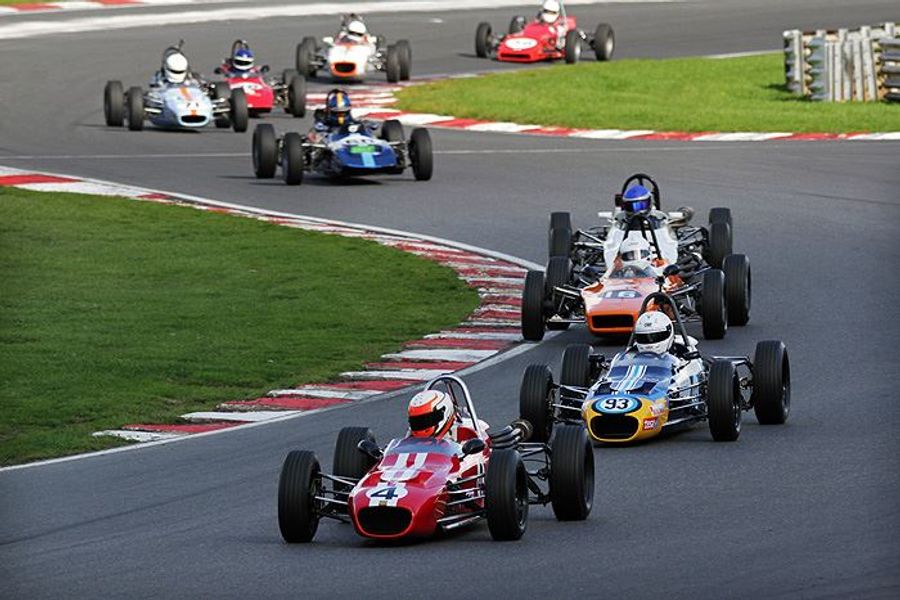 A barn-storming finish to the opening Historic Formula Ford 1600 race ended with Max Bartell beating Richard Mitchell to the line by 43-thousandths of a second after a superb race. It was nearly as close on Sunday in the second race as Rob Wainwright beat Bartell by seven-tenths of a second with Mitchell chasing in third.

Benn Simms was the star of the Historic Formula Ford 2000 Championship, with a double win in his Reynard SF77 as title contenders Tom Smith (Royale RP27), Andrew Park (Reynard SF81) and Callum Grant (Delta T78) all visited the podium.

Mark Charteris was also a double winner in the HSCC Classic Clubmans Championship, but Ray Mallock chased him hard in both races. Clive Wood took a brace of Class B wins in his Mallock Mk20B.

Kevin Kivlochan claimed victory in the ONI PLC HSCC Historic Road Sports Championship in his Morgan Plus 8, finishing well clear of the Lotus Elans of Roger Waite and Frazer Gibney. Meanwhile, Jim Dean had to work hard for victory in the 70s Road Sports Championship race as Peter Shaw’s TVR Tuscan finished eight-tenths of a second behind the Lotus Europa.

Almost as close as the FF1600 finish was the opening Classic Formula 3 Championship race, when Max Bartell (Chevron B34) pipped Gaius Ghinn (Ralt RT1) by 17-hundredths of a second. Bartell claimed his third win of the weekend in the second CF3 race, with Ghinn only a second behind. Andy Jarvis (Palliser WDB2) headed the Classic Racing Car runners who shared a grid with the Classic F3 cars on Saturday.

Warren Briggs (Ford Mustang) beat Tim Davies (Lotus Cortina) in both races for the ByBox Historic Touring Car Championship, but the result was always in doubt as the winning margins were 1.5s and 0.8s in the two races.