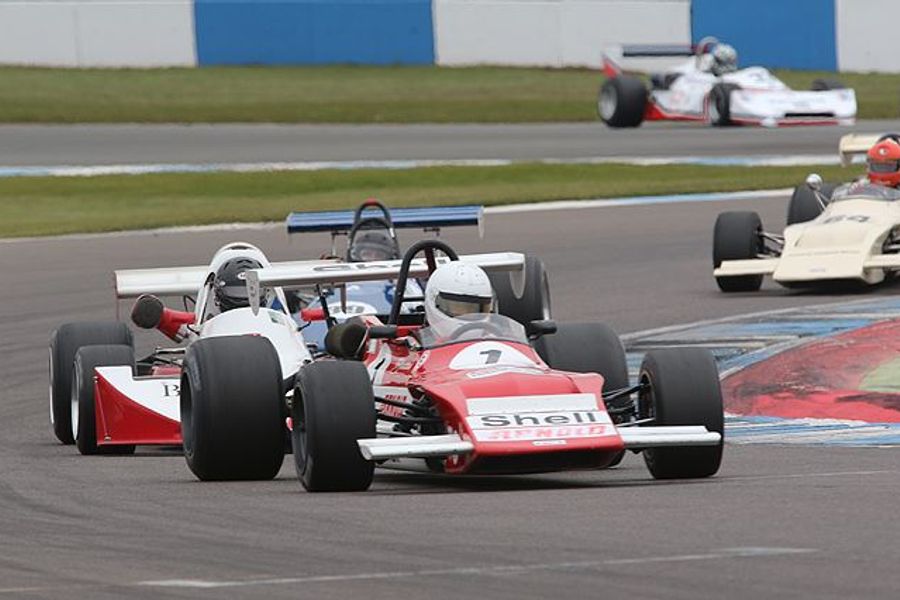 Competitors from two HSCC single-seater categories are heading for Holland this weekend (2nd to the 4th of September) for the Zandvoort Historic Grand Prix.
The HSCC Historic Formula 2 FIA International Series and the Historic Formula 3 Championship both have double-header rounds at one of Europe’s most popular historic racing festivals. In addition, some HSCC racers will be competing in the FIA Lurani Trophy Formula Junior Championship races.
The event, which attracted more than 50,000 fans in 2015, gives drivers the chance race on the famous Dutch seaside track, which has a history dating back to 1948 and hosted the Dutch Grand Prix through the 1960s and 1970s.
The Historic Formula 2 series will feature rounds seven and eight of 10, with a double-header at Dijon in early October to complete the season. After six races, Frenchman Robert Simac heads the title race in his bid to take a fourth title on the trot in his ex-Jean-Pierre Jaussaud March 712M. Simac has not had it all his own in the class for 1600cc F2 cars, however, and has only won the class three times in the six races to date.
Despite the challenge he faces in his class, Simac will arrive at Zandvoort with a 19-point overall championship lead over category newcomer Dean Forward (March 782) and Chris Lillingston-Price (Chevron B40). Meanwhile, several drivers not in the championship battle will be aiming at the overall podium including Matthew Watts (March 772P), Phil Hall (March 752), Oulton Park Derek Bell Trophy winner Mark Dwyer (March 742) and Richard Evans (March 79B). However, Evans will be hoping to have resolved the misfire that dogged the car’s progress at Oulton Park last weekend in the hands of Andrew Smith.
A tremendous 30-car entry of 1-litre Formula 3 cars will contest rounds nine and 10 of 12 in the HSCC Historic Formula 3 Championship as the cars make their debut at the event.
Simon Armer (March 703) could take another big step towards the title ahead of the concluding double-header at Donington Park on 1/2 October. Armer has finished strongly in all eight races to date and heads to Zandvoort fresh from a double win last time out at Croft. Armer has a 60-point lead over defending champion Leif Bosson (Brabham BT28) and needs to be more than 90 points ahead at the end of the weekend to settle the 2016 title.
Other strong contenders in this excellent entry are Peter Thompson (Brabham BT21), Francois Derossi (Chevron B17), Roland Fischer (Tecno) and Michael Scott (Brabham BT28). In all, drivers from eight countries will race cars from 10 marques.
HSCC Historic Formula 3 Championship HSCC Historic Formula 2 FIA International Series Zandvoort Historic Grand Prix FIA Lurani Trophy Formula Junior Championship races