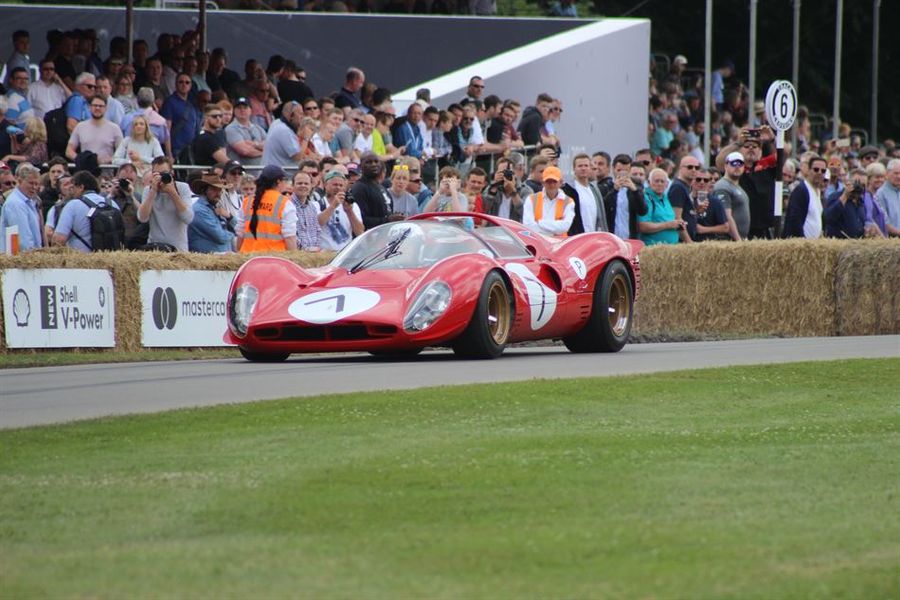 Following the ratification this week of the Formula 1® calendar, Goodwood has confirmed the dates for the 2018 Festival of Speed presented by Mastercard will be July 12th–15th.
The 2018 Festival of Speed theme will celebrate the event's 25th anniversary: "Festival of Speed - The Silver Jubilee". The first Festival, in June 1993, redefined what a car event could be, and, in the years since, it has firmly established itself as the world's greatest celebration of motorsport and car culture.
Now, to mark the Silver Jubilee, the Duke of Richmond (formerly Lord March) will choose his 25 favourite moments from the first 25 events - personal highlights which, in very different ways, have been landmarks in the Festival's history. These moments, and the cars and drivers which created them, will be cornerstones of this year’s event, alongside the usual gathering of extraordinary vehicles from the dawn of motoring to the present day and beyond.
2018 will be a bumper year of celebrations for Goodwood as the West Sussex Estate also marks the 20th Anniversary of the GRRC (Goodwood Road Racing Club) and the 20th anniversary of the Goodwood Revival, which will take place on September 7th-9th.