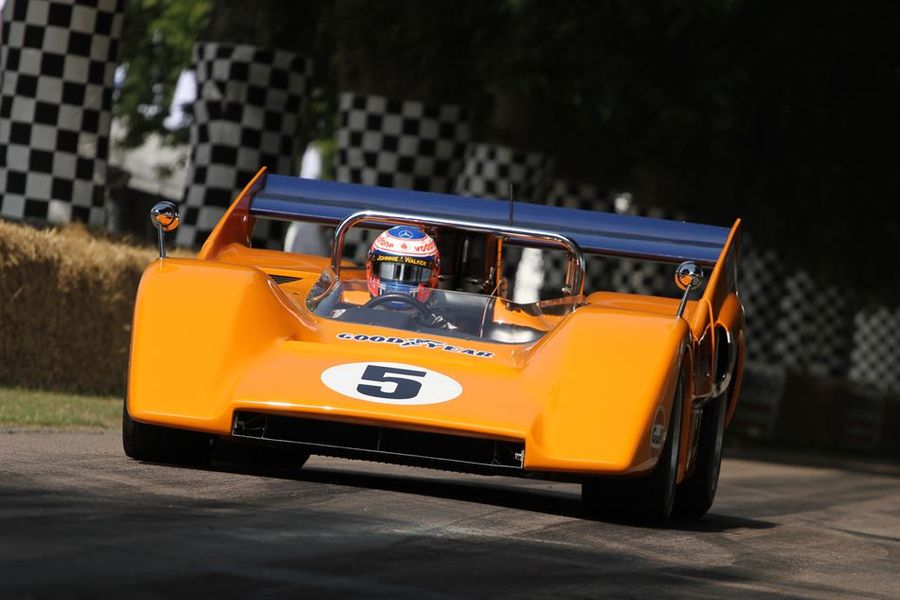 2009 Formula 1 World Champion Jenson Button will return to the Goodwood Festival of Speed on June 26-29, where he is sure to provide one of the event’s star attractions. Button, 34, fits in perfectly with the Festival of Speed’s 2014 theme: Addicted to Winning. After a stellar career in karting, he won the British Formula Ford title and prestigious Formula Ford Festival in 1998, and was the leading rookie in Formula 3 the following year as he finished third in the British series and won the Masters of F3 race at Zandvoort in a Renault-powered Dallara. Since being catapulted into Formula 1 less than three years since first driving a racing car, Button – now in his 15th season at the top level – has achieved phenomenal success. His 253 World Championship grand prix starts for Williams, Benetton, Renault, BAR, Honda, Brawn and McLaren have delivered 15 victories, eight pole positions, eight fastest laps and 50 podiums. Only two drivers have ever scored more points in a single season than Button’s 2009 total. Button is no stranger to Goodwood's Festival of Speed and has attended 14 times previously, driving machinery as diverse as a 1970 Can-Am McLaren M8D, a P1 supercar and Alain Prost’s 1986 title-winning grand prix car. This year, McLarens attending the event include M23, MP4/2 and MP4-26 Formula 1 machines. Button is the third ex-Formula 1 World Champion to confirm his attendance at this year’s Festival of Speed, joining fellow Briton John Surtees and Brazilian Emerson Fittipaldi – who will celebrate 40 years since McLaren’s maiden drivers’ world championship by driving the M23 in which he claimed the 1974 title. “Goodwood is one of the highlights of my season," said Button. "I’ve had the chance to get behind the wheel of some incredible historic racing cars there, which I’d never have been able to drive otherwise, and to meet some of the most enthusiastic fans, who have given me a tremendous amount of support over the years. I’m really looking forward to it.”