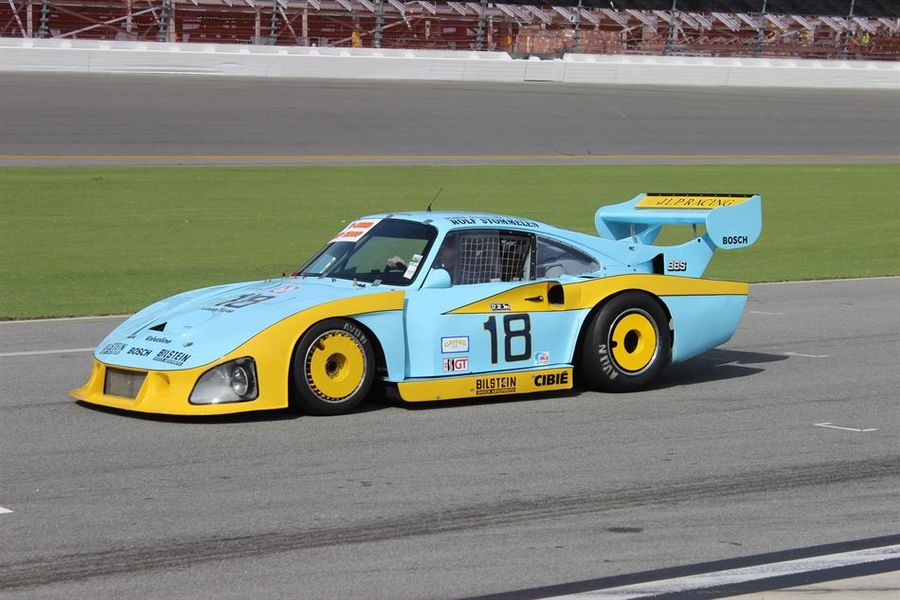 With just over four months until Goodwood’s 2018 motorsport season fires into life with the 76th Members’ Meeting, organisers have revealed the latest instalment of high-speed demonstrations that will complement the packed race programme. For the fifth of Goodwood’s club-racing retrospectives that hark back to the 71-period events during the Motor Circuit’s heyday, a thunderous grid of Formula 5000 single-seaters and modified-production Group 5 sportscars will take to the track on several occasions during the March 17th-18th event.
And if the previous demonstrations, comprising high-airbox, turbo-era and ground-effect F1 cars, 5-litre and Group C sports-prototypes, Group B rally monsters, Group A and Supertouring tin-tops and GT1 sportscars, are anything to go by, racegoers are in for a treat when the 1970s V8 powersledges and turbo-wooshing endurance racers get an airing.
An assortment of Formula 5000 weaponry, including chassis from Begg, Chevron, Eagle, Lola, March, McLaren, McRae, Surtees, Talon and Trojan, will appear, the majority powered by Chevrolet’s ubiquitous 5-litre pushrod V8. Look out in particular for various machines from the series’ most successful two marques: Lola and its T142, T300, T330, T332 and T400 models, and McLaren with its M10A and M10B.
The sight – and sound – of these fat-tyred, high-airbox and bewinged beasts will evoke memories of the European F5000 Championship that ran between 1969 and 1975, backed at various points by Guards, Rothmans and ShellSport. For 1976, F1, F2 and Formula Atlantic cars joined in, so the series lost its F5000 tag.
Great battles were fought out at all the key UK circuits during F5000’s seven seasons, with overseas visits to Anderstorp, Hockenheim, Jyllandsringen, Koksijde, Monza, Mugello, Nivelles, Salzburgring, Zandvoort and Zolder giving the series its European identity. Champions Peter Gethin (1969/’70), Frank Gardner (’71), Gijs van Lennep (’72), Teddy Pilette (’73/’75) and Bob Evans (’74) scrapped for race victories with ex-Grand Prix drivers and/or future F1 names Guy Edwards, Howden Ganley, Mike Hailwood, David Hobbs, Alan Jones, David Purley, Brian Redman, Trevor Taylor and Reine Wisell.
For the event’s second demonstration theme, lovers of 1970s endurance racing will marvel at the appearance of numerous examples of the World Sportscar Championship’s Group 5 racers, highly modified production cars built to take advantage of a 1976 regulation change that welcomed them into the series.
The dominant car of the period was Porsche’s turbocharged flat-6 935, used by the factory Porsche squad from 1976 – winning on its debut at Mugello with Goodwood favourites Jacky Ickx and Jochen Mass – and from 1977 by numerous privateer teams. The distinctive, flat-nose 935 took dozens of victories in multiple categories and was still winning in its final season in the WSCC, taking victory in the 1981 Daytona 24 Hours and Sebring 12 Hours to add to a Le Mans 24 Hours 1-2-3 two years earlier.
The 76th Members’ Meeting will welcome a number of 935s – fingers crossed we’ll see Martini, Jägermeister, Vaillant and Liqui Moly examples – with other Group 5 exotica set to join in the fun. BMW’s ferocious 320i Turbo, Lancia’s Beta Montecarlo, Ferrari’s 512BB/LM and Ford’s outrageous Zakspeed Capri (examples of which have appeared at the Festival of Speed in the past) have been earmarked to attend.
Once again the demonstrations, which cater for cars outside Goodwood’s traditional 1966 cut-off, will add an exciting dimension to the Members’ Meeting next spring.