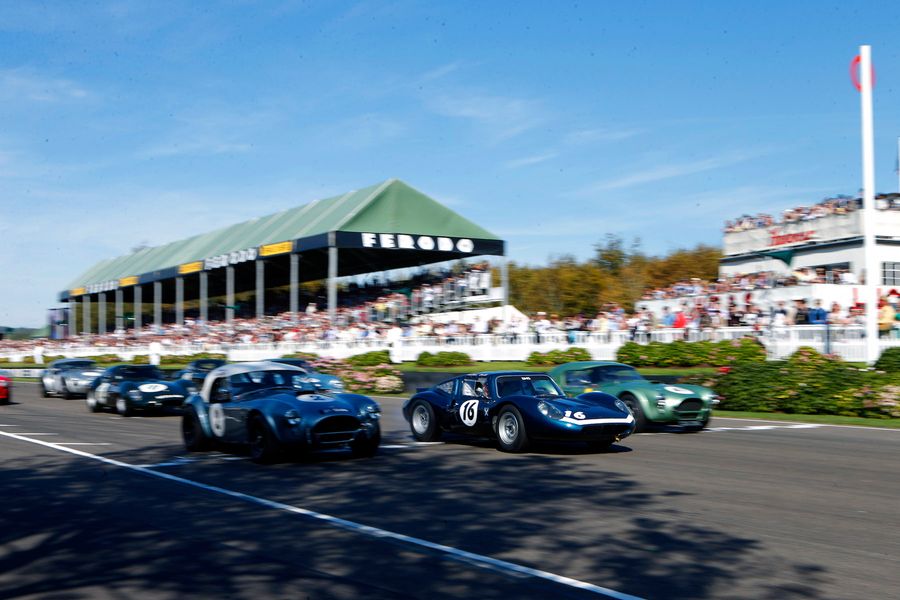 As the 2019 motorsport season closes at Goodwood, the dates of its flagship motorsport events for 2020 – the 78th Members’ Meeting, the Goodwood Festival of Speed presented by Mastercard and the Goodwood Revival – have been announced.

It is now confirmed that the 78th Members’ Meeting will open the 2020 Goodwood season on 28th-29th March, which is change from the previous provisional date of 4th-5th April. As an event catering purely for members of the Goodwood Road & Racing Club and the GRRC Fellowship, the Members’ Meeting features a diverse array of races including the S.F. Edge Trophy for pre-1923 cars and the Gerry Marshall Trophy for Group One touring cars from 1970-81.

This year’s 77th Members’ Meeting featured a special field of 60 classic racing Minis (and their derivatives such as the Countryman and Wolseley Hornet) for the Betty Richmond Trophy to celebrate the iconic British car’s 60th anniversary. The announcement of similar unique features for the 78th Members’ Meeting will be made in due course.

The Goodwood Festival of Speed presented by Mastercard will be staged on 9th-12th July 2020, in its traditional position just one week prior to the British Grand Prix at Silverstone. In 2019 the Festival of Speed drew 200,000 visitors.

Closing the 2020 season will be the Goodwood Revival, to be held on 11th-13th September. Details of the races, the celebrations and commemorations that take place amid the period pageantry will be announced throughout the lead-in to the event.

Last weekend, the 150,000 Revival visitors enjoyed new standards in authenticity and provenance among the competing cars, including the spectacular Brooklands Trophy for pre-1930 Bentley sports cars with its period-correct ‘hood up/hood down’ race format.

The Duke of Richmond commented: “It has been an astonishingly successful 2019 season for Goodwood’s motorsport events that has exceeded all expectations in every aspect of the organisation.

“Our 2020 calendar has been designed to build upon this success by maximising the content that we can bring to our events – not least by avoiding date clashes with major series such as the FIA Formula 1© World Championship. I very much look forward to announcing all of the exciting new elements for our 2020 events programme, and to Goodwood delivering another unforgettable year for motorsport fans of all ages.”