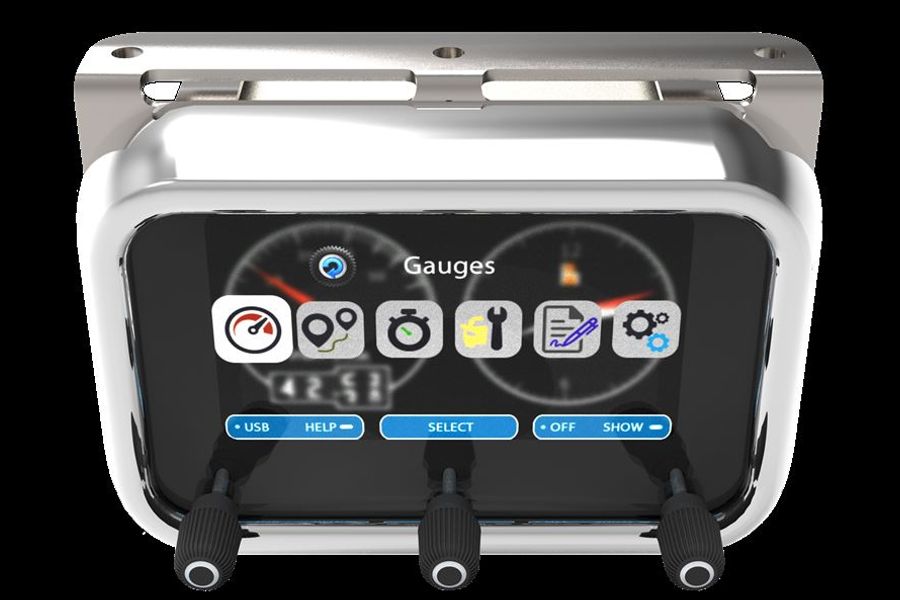 One of the more intriguing stands at September’s Goodwood Revival was that for GaugePilot, an innovative new product styled after, and physically interchangeable with, the classic Halda rally computer from the 1950s. The Gauge Pilot provides all the functions of that much loved device as well as a configurable set of gauges, alerts and data-logging to give a modern level of engine monitoring to a potentially expensive classic powerplant.

Each unit is bespoke, crafted to match the interior of the buyer’s treasured car, and the GaugePilot is the brainchild of Nigel Cousins and Simon Hambly of Hambly Industries. Simon was developing a multi-function display to simplify his classic cars dashboard that was littered with ancillary gauges, while Nigel was developing a fuel injection and twin plug system for his classic Porsche 356 and wanted to monitor it's performance on road trials. Nothing was available that could monitor the outputs he required and had period looks allowing it to be installed in the car full time. This was the spark that brought Simon's electronics and software expertise and Nigel's mechanical engineering and design skills together to create something new within something old.

The Gauge Pilot will monitor up to 32 from installed sensors and alert the driver to any value exceeding preset limits – warning of a potential issue long before it becomes an expensive drama. Customer Steve Mortimer who has pre-ordered a GaugePilot for his meticulously rebuilt 1960 Volkswagen Beetle says “I hate ‘gauge fever’ on the dash, this piece of kit will monitor everything I need to ensure that my £8000 engine upgrade is kept safe and, above all, it looks in period”

With the first production models currently in build for the initial batch of customers, the GuagePilot will be having its first competitive outing in a Mercedes 230S Fintail that will be contesting the 2nd ERA Trans-America Challenge in 2015. Owner-driver Michael Eatough was the first customer to order a GaugePilot on seeing its specification and will be putting the new device to the test in the daunitng event.

We spoke to Nigel Cousins at Goodwood - click on the Audio tab above for the full interview and an intriguing insight into the GuagePilot.