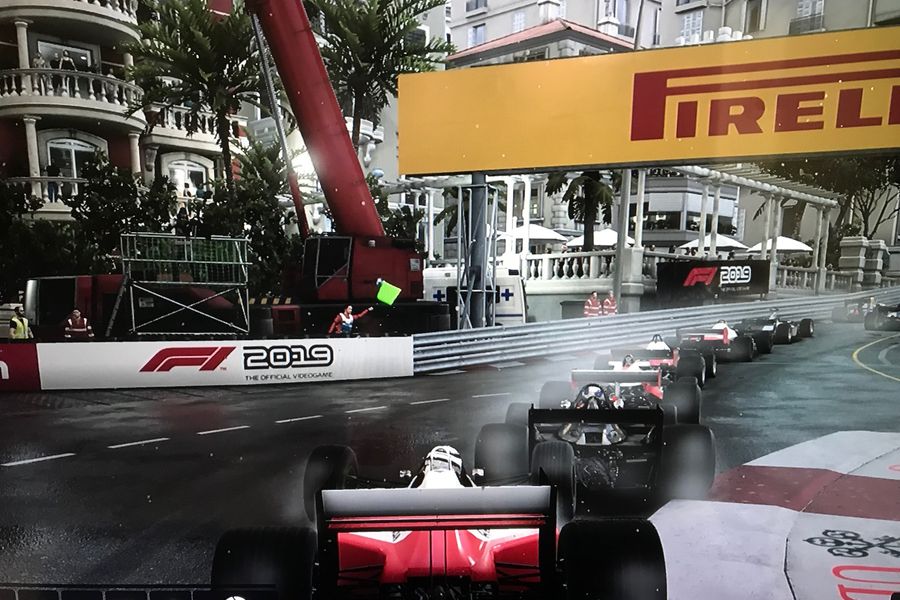 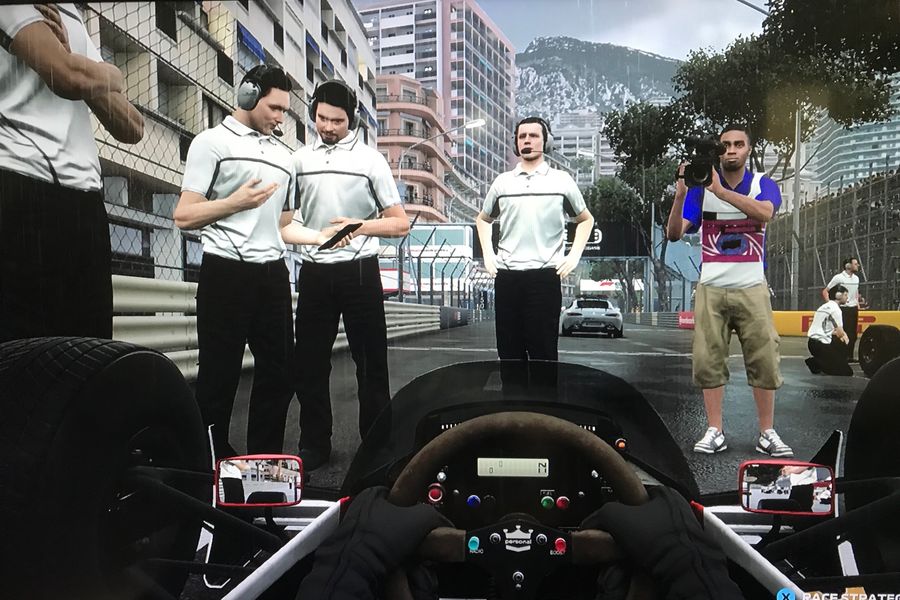 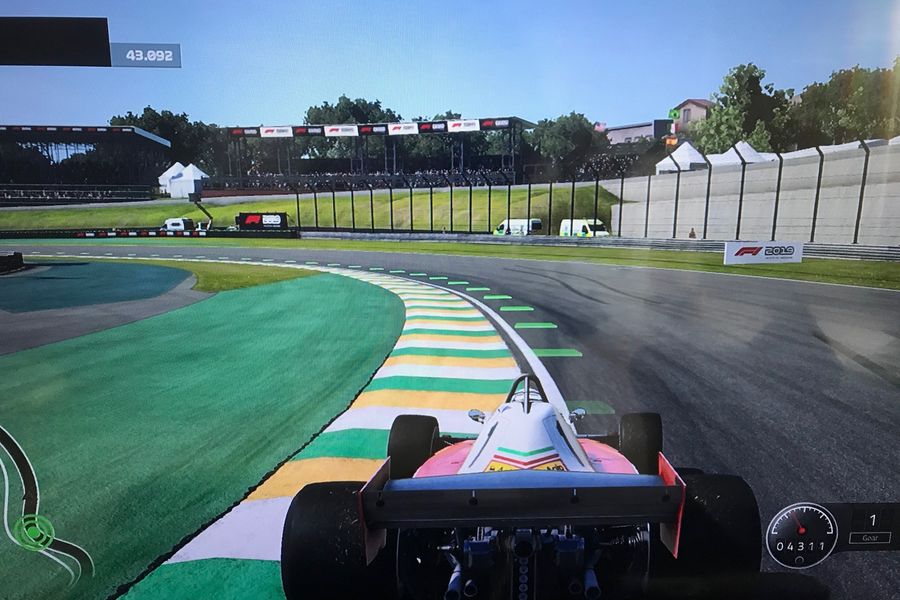 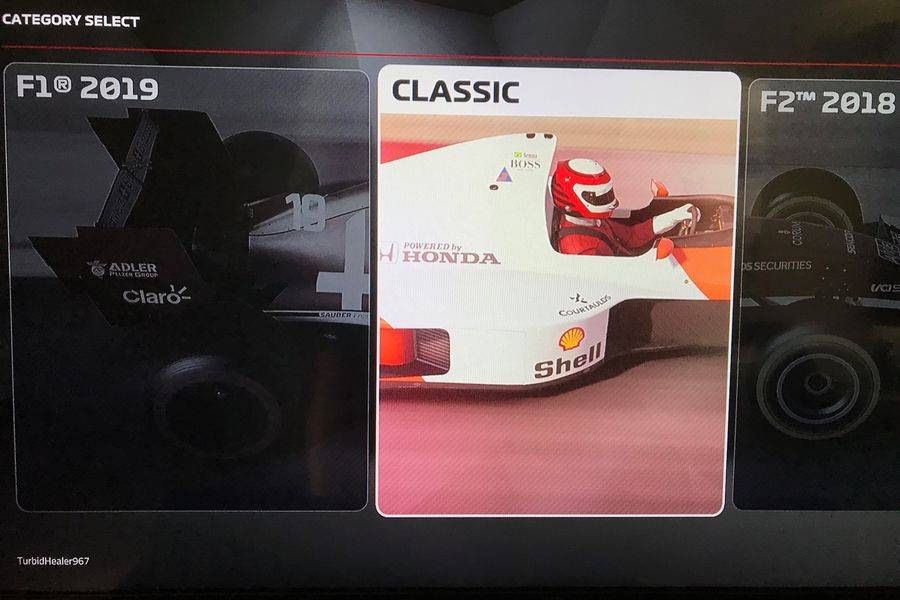 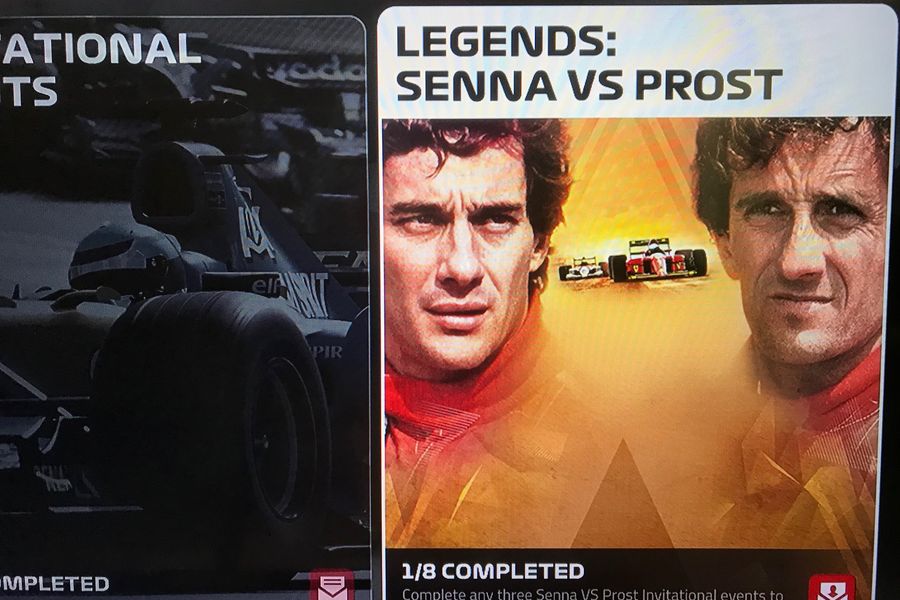 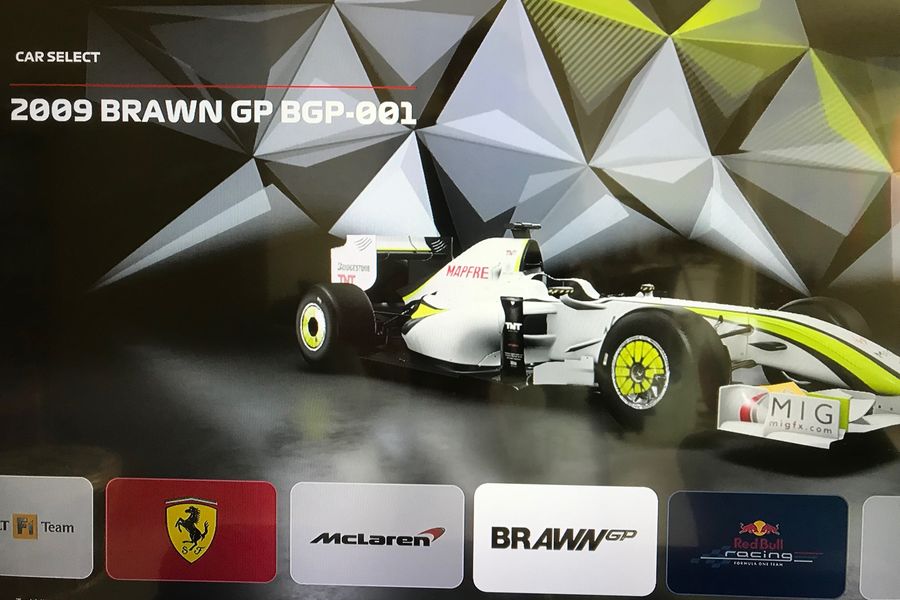 F1 2019 by Codemasters has long been the ‘official’ game of Formula One, and the latest version of the series (released this week) caught our interest due to the Legends Edition and its theme of Ayrton Senna and Alain Prost. This is our first encounter with this particular franchise and we are still getting up to speed on the game (excuse the pun), but wanted to bring you our early thoughts.

The game has long featured a range of ‘classic’ Formula One cars, letting the player race cars ranging from a Lotus 72D via a range of historic cars from McLaren, Ferrari and Williams right through to cars from the 2000s such as the 2006 Renault R26, the 2009 Brawn BGP-001 and the 2010 cars from Ferrari, Red Bull and McLaren. Unlike Project Cars 2 for example, the circuit options are the current ones so if you wish you can race your early 1970s 72D round the streets of Baku, it is best assumed that the game is reproducing the current historic F1 experience rather than the races of the period.

The older cars seem suspiciously easy to drive, we qualified a McLaren MP4/4 third at Spa on out first outing with the car and finished fourth despite racing against newer cars such as the Williams FW14B (which we have yet to drive but are looking forward to seeing how the active suspension has been replicated). We will also be trawling through the driver aid options again to see what we missed switching off, but that ease of driving does offer a quick way in to the action without the learning curve required in some games, and maybe a more satisfying experience for anyone using their console’s controller rather than a steering wheel and pedals set-up.

In contrast, the modern cars seem far more twitchy and ‘alive’, we hope this isn’t some developer bias sneaking in although it has to be accepted the 2019 F1 machinery is obviously the game’s big selling point and thus the subject of most work. The modern experience is faithfully replicated with options for managing your car’s KERS systems during the race as well as brake balance etc., and it gives you a feel of the technical elements the drivers are changing as a race progresses. That is not to say the classic cars can’t keep you busy, if you race using a gear stick for the changes and even heel-and toe rather than left foot brake (just for the full period experience!) there is plenty going in the braking areas to keep anyone on their toes.

There is the option to purchase the Legends Edition, which gives you access to Senna and Prost’s cars from 1990, or you can unlock those cars by completing eight challenges hidden away in the ‘Championships’ menu of the game. As is usual they get progressively harder and consist of classic video gaming themes, lapping a circuit and getting to checkpoints before the timer winds down, passing a set number of cars in a given time for example, of increasing hardness – a useful route to getting up to speed on the game.

So, what do we think? Although the historic element is far from the main focus of the game, and quite understandably so with the sales figures that Codemasters will be chasing, we had fun with it and there is scope to customize race lengths etc. to suit – let us know if you are brave enough to attempt an actual Grand Prix length race! The race does provide an insight into the evolution of the sport, the speed of direction change of the 219 cars is  stunning and on the brakes you are pushed at times to get through the gearbox downwards fast enough, plus hey, today’s F1 cars are tomorrow’s historics!

We ran F1 2019 on an Xbox One using Logitech steering wheel and pedals (Including gearstick option for the older cars – paddle shifting would be sacrilege!), on a GT Omega Racing wheel stand. We fully intend to spend a lot more time with the game and will aim to report back in time with more detail.

Podcast: GRRC's Alan Brewer, and a Musical Tribute to a Motorsport Legend!