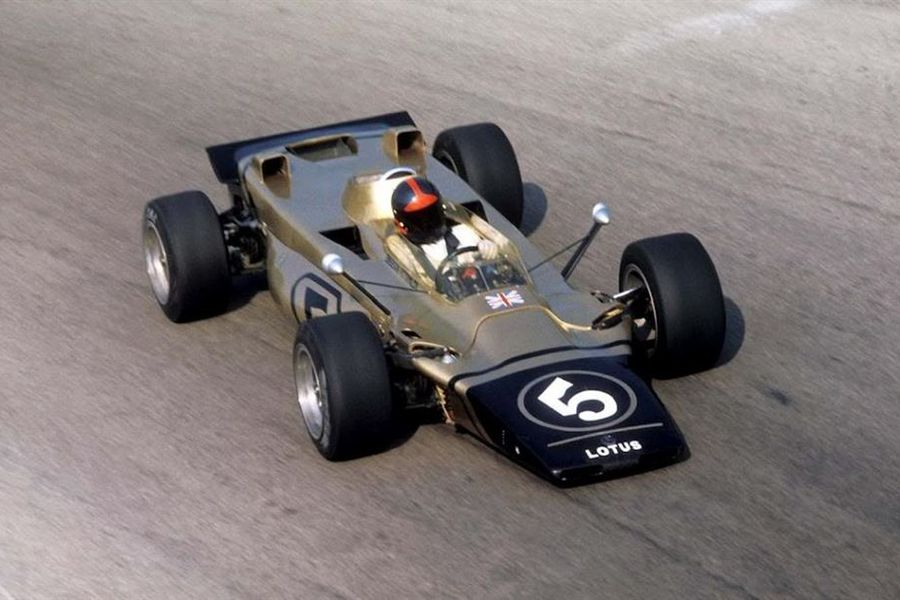 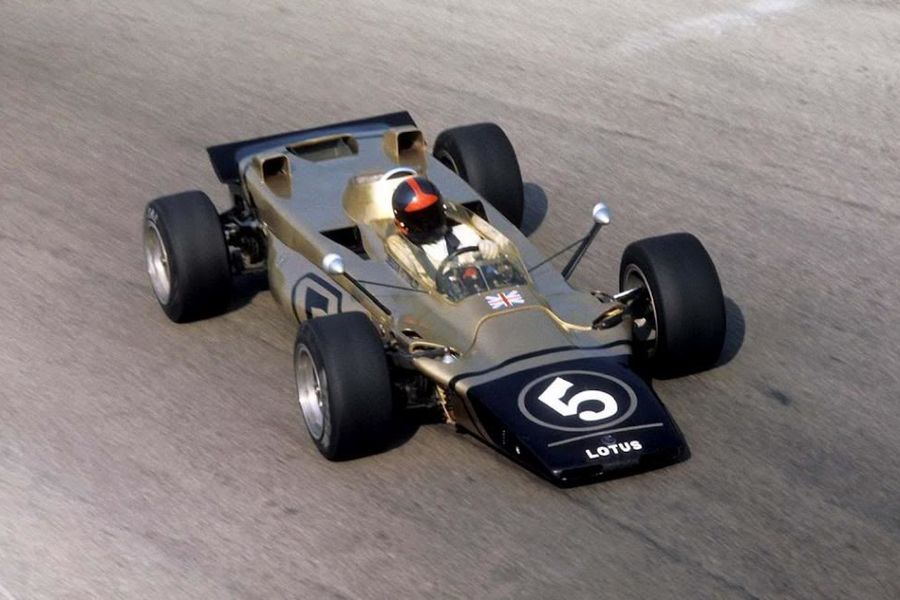 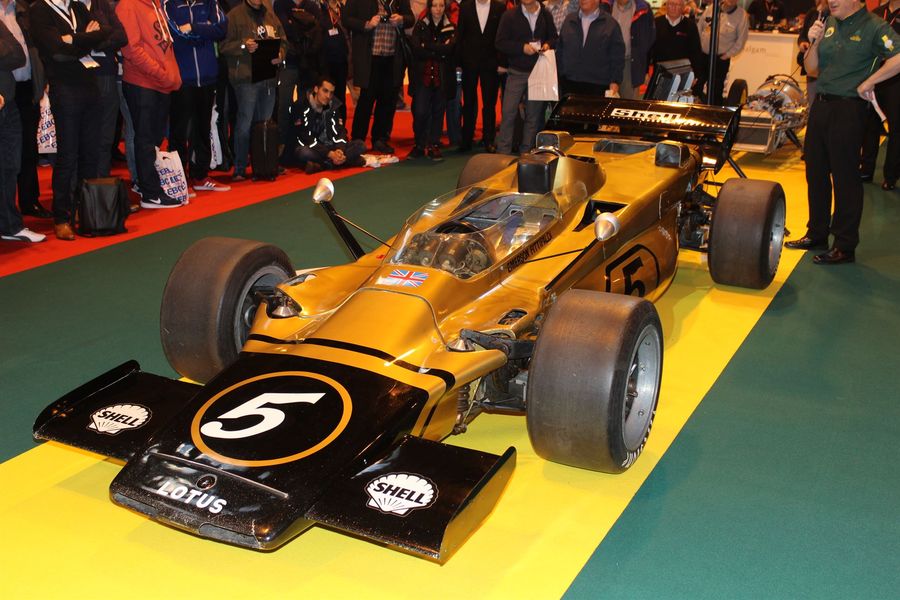 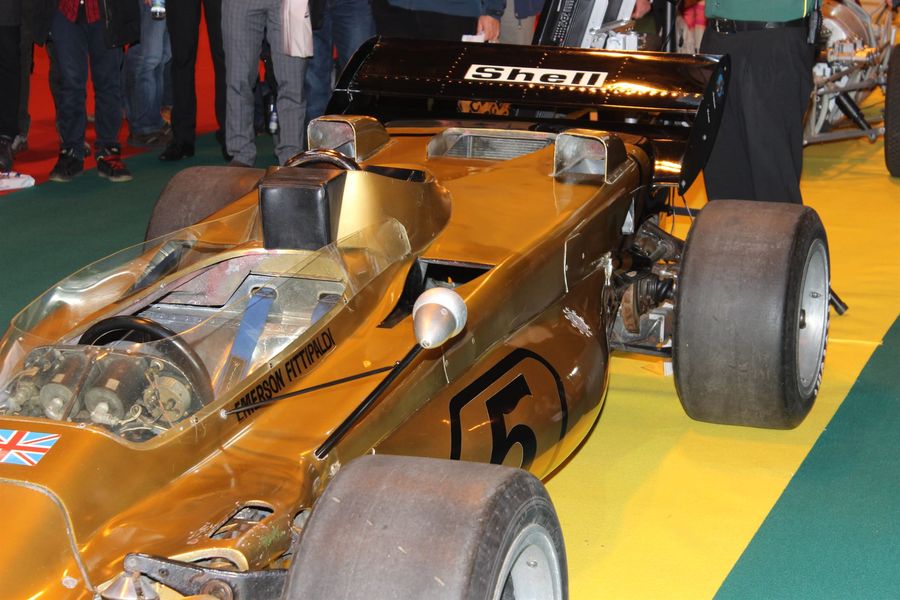 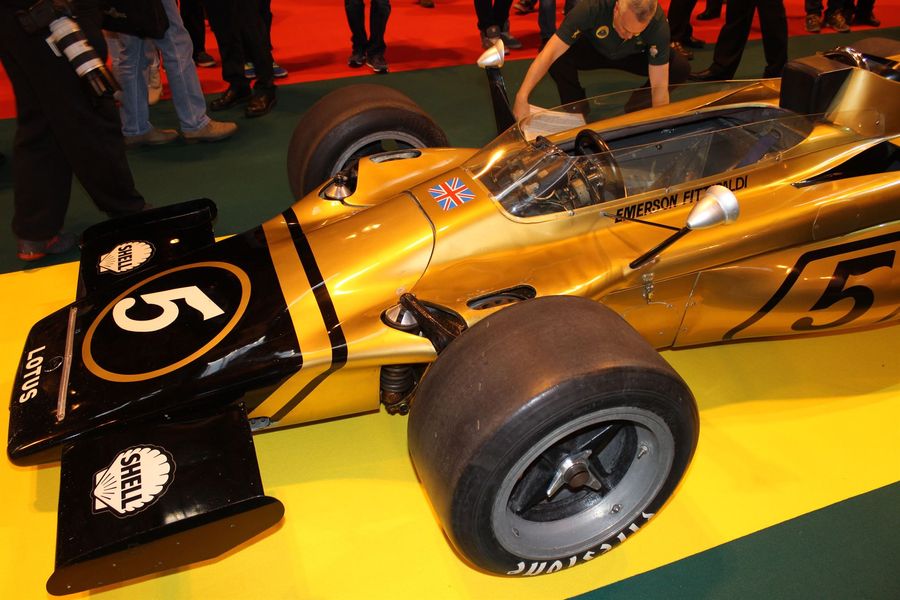 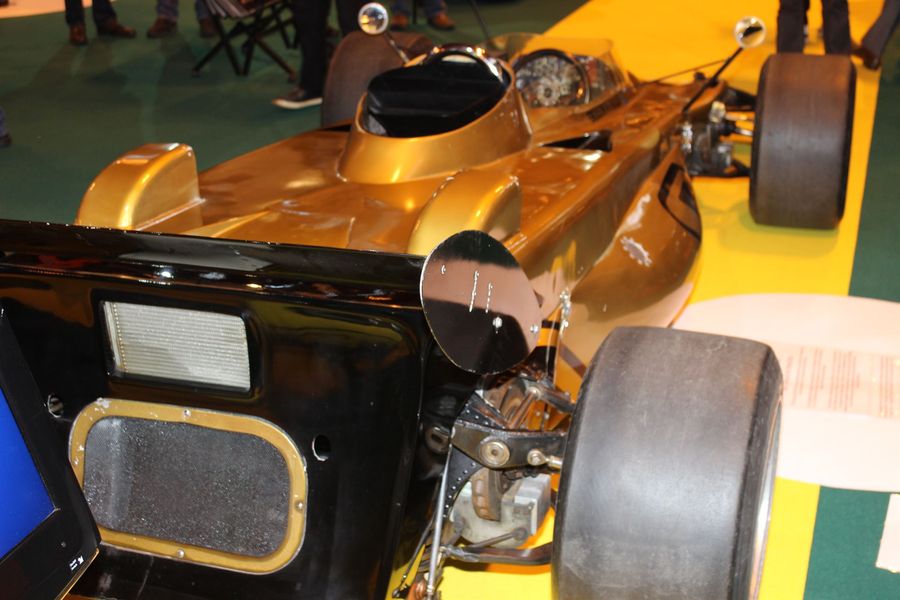 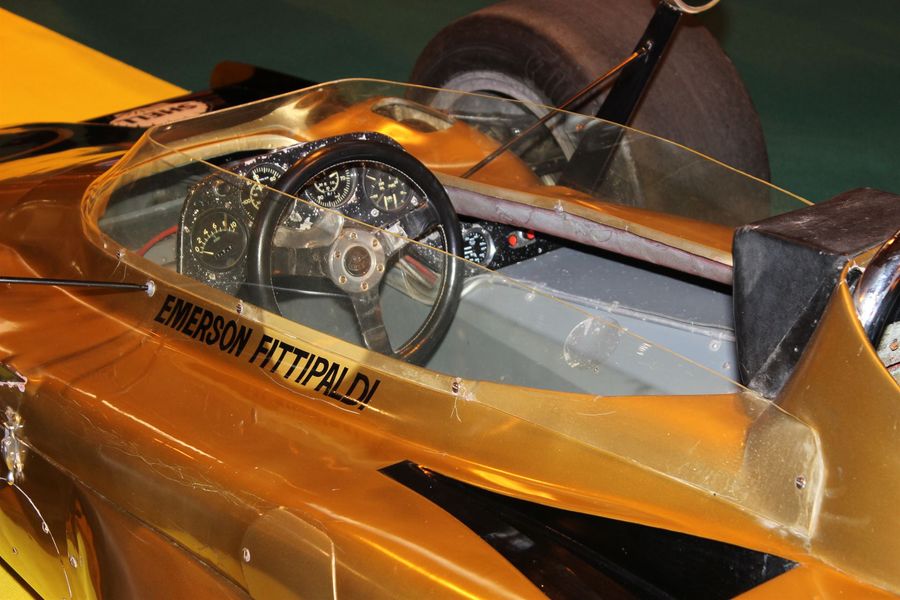 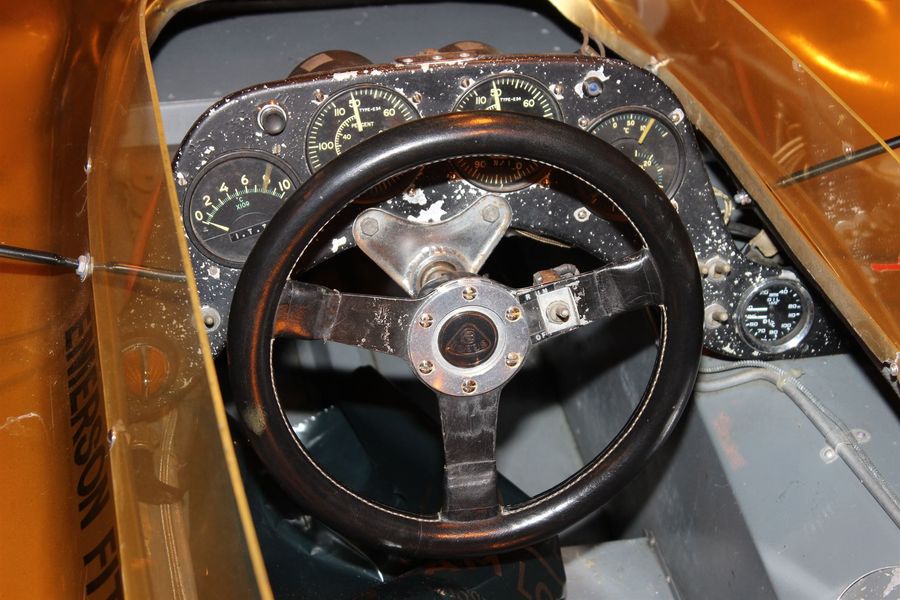 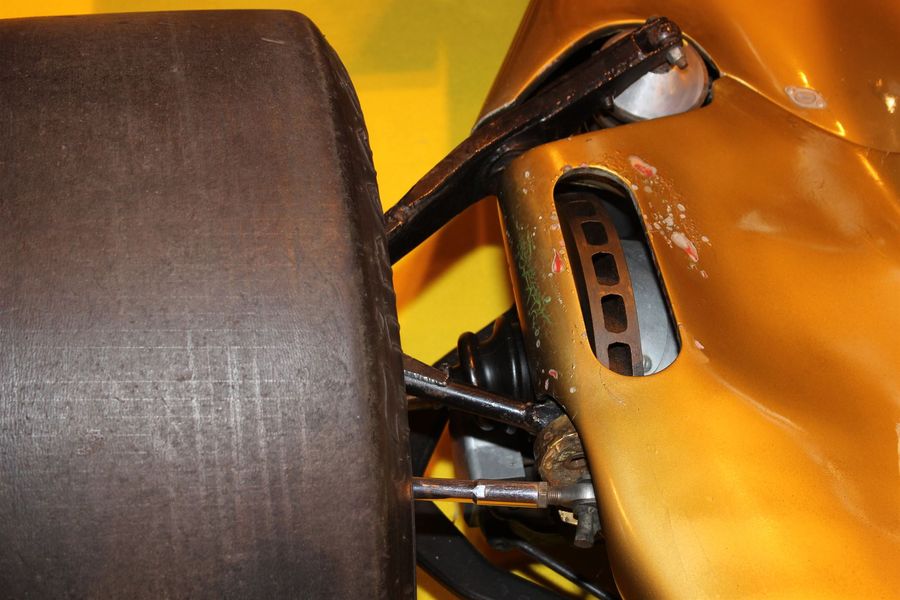 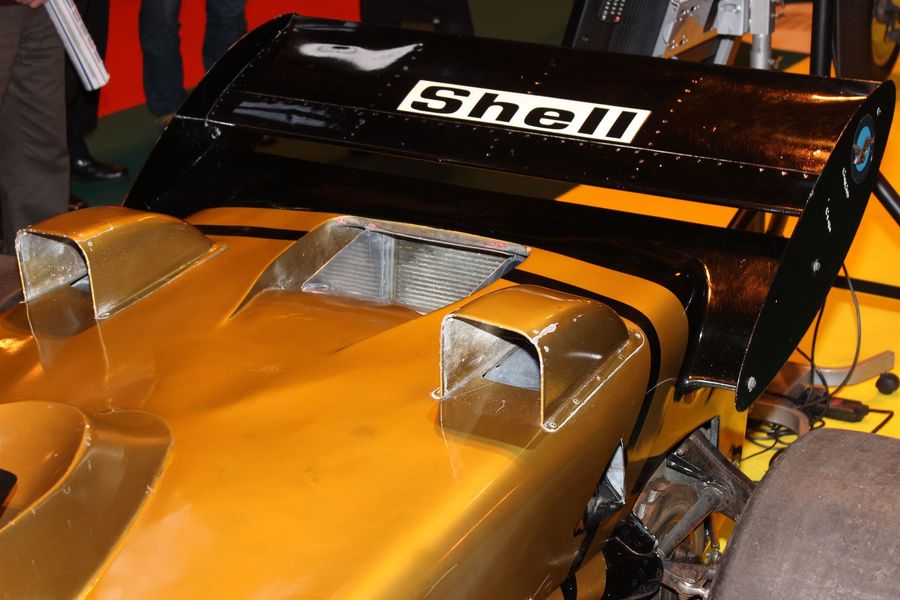 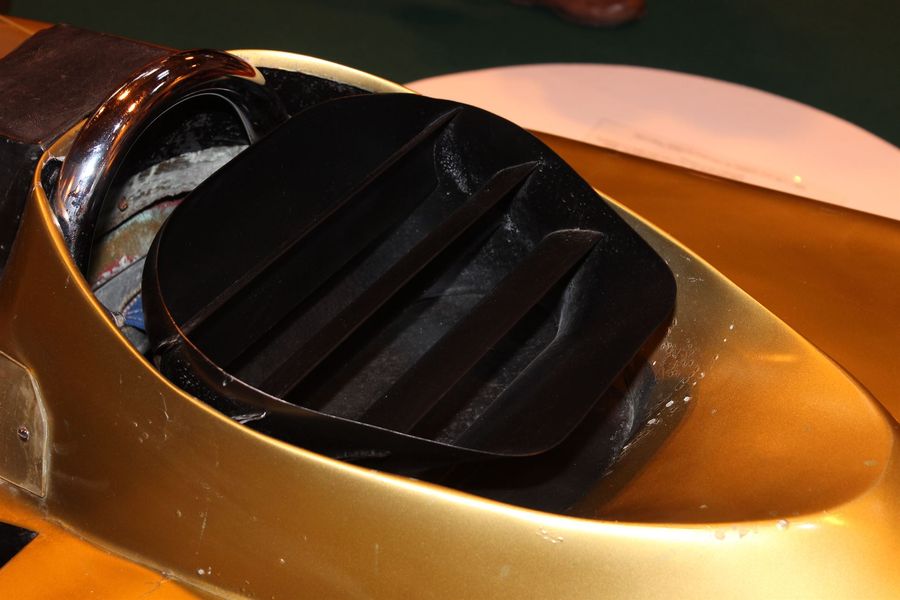 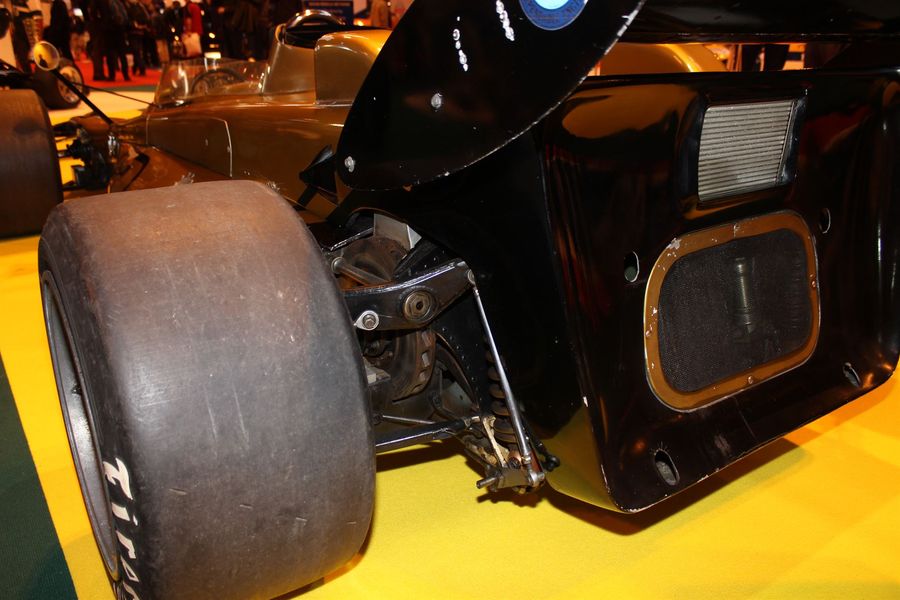 Team Lotus unveiled their latest restoration project on the opening day off Autosport International yesterday, pulling the wraps of the unique Lotus 56B gas-turbine-powered four-wheel drive Formula One car. The currently engine-less chassis will undergo a full restoration with the intention of bringing the unique gas-turbine roar back to the racetracks.

“This was the only gas-turbine Formula One car and we decided it was time to get the car out again and see if we could get it running,” explained Classic Team Lotus’s Clive Chapman. “It’s been in a storage building for quite a while, though we did send it out to Indianapolis last year for a celebrataion they had of gas-turbine cars, and there were four other type 56s but they were all built for Indy racing.

“The work will have to go on around what we do for our customes, we still have a business to run, but it may be by the end of this year but definetly by the end of next. The objective is to really just show the car off –when you fire one of these cars up everyone wants to come and look at it!”

The Lotus 56B was a development of the gas turbine powered four-wheel drive Lotus 56 that first raced at Indianapolis in 1968. Colin Chapman and Maurice Phillippe modified the car for Formula One and Emerson Fittipaldi raced the car in the 1971 Race of Champions at Brands hatch and on a wet track in practice it was easily quickest, but in the dry race fell away.

Fittipaldi was out in the car again at Silverstone for the International Trophy, but was out after just three laps with suspension failure.  Dave Walker gave the car its Grand Prix Debut at the Dutch GP, and again the car shone in the wet, Walker gaining 12-places in five laps before going off.

The car finally recorded a Grand Prix finish when Fittipaldi brought it home eighth, the final race at Monza before the circuit gained its chicanes. The car was hard on its brakes, the gas turbine apparently still producing around 100BHP even on the overrun, the bodywork showing blistering on the ducts round the inboard front brake discs as they struggled to dissipate heat.